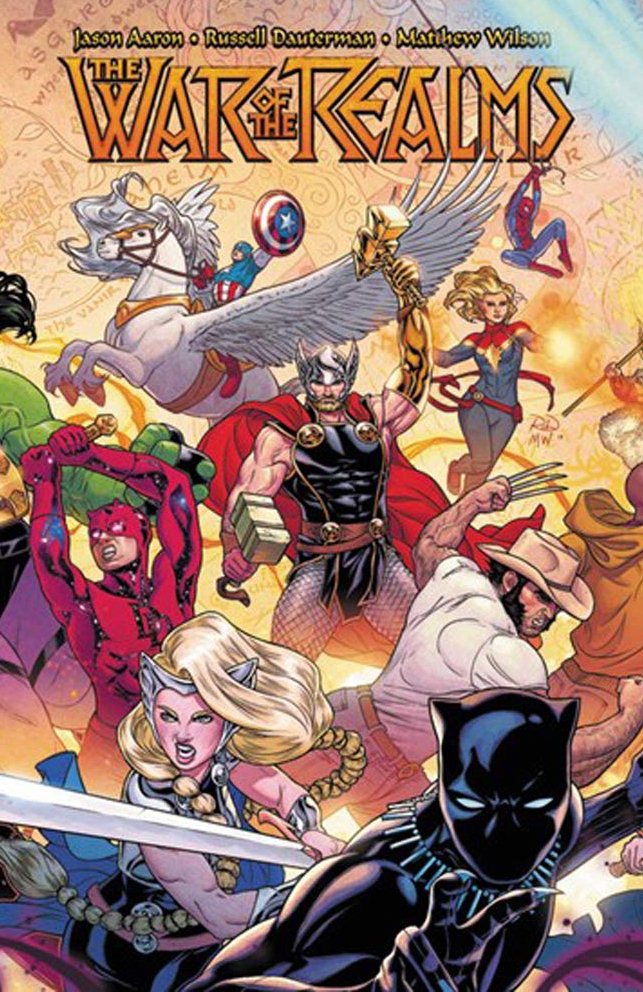 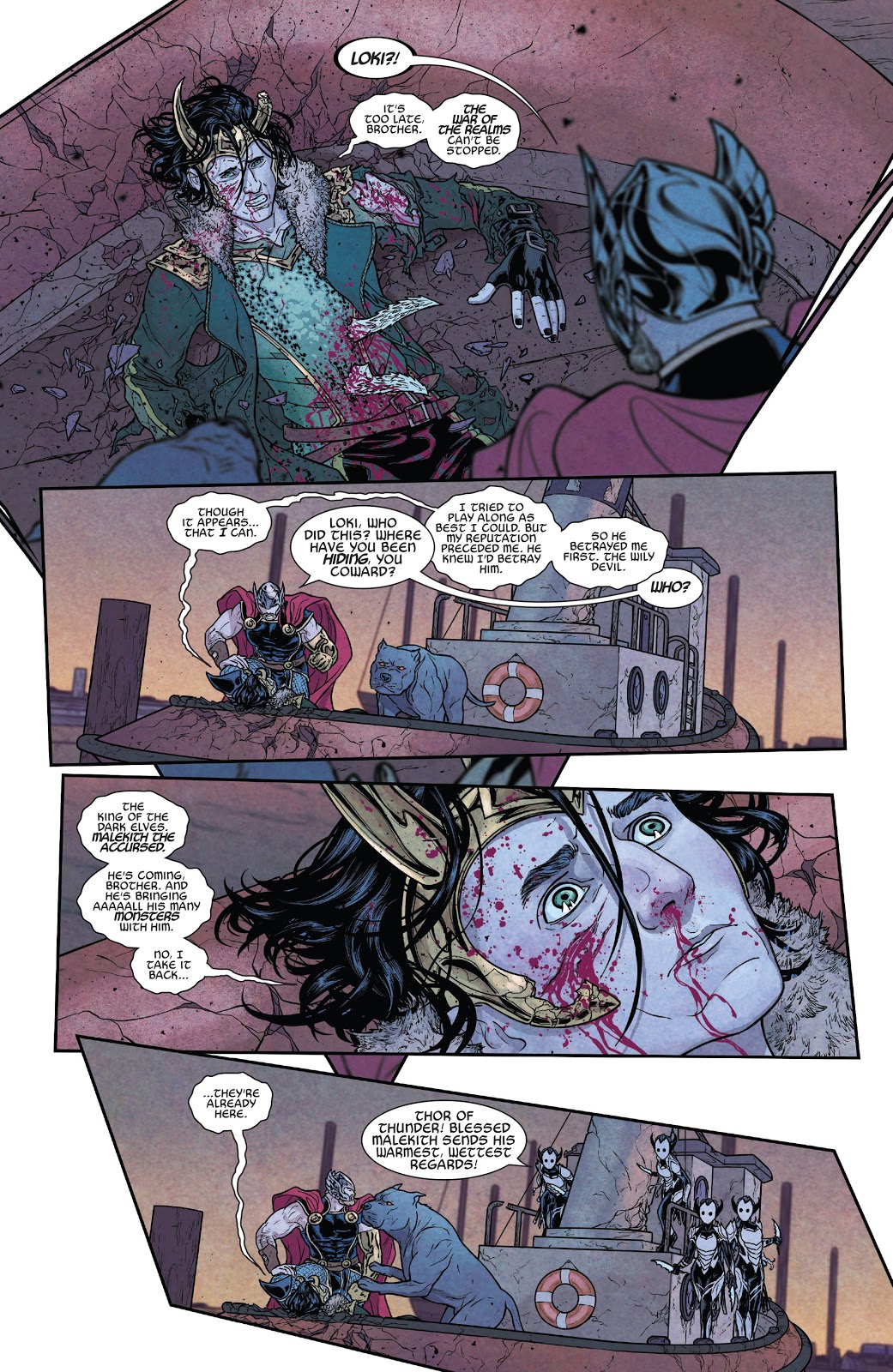 In Jason Aaron’s Thor stories Dark Elf Malekith has been plotting for over five years, his ambition to control all ten realms, of which Asgard is but one, now destroyed and cut off from the remaining realms. Among Frost Giants, Trolls and other rampaging warlike creatures Malekith has gathered an army and he’s set on conquering the final realm of Earth.

Aaron and Russell Dauterman are aware that every summer both DC and Marvel’s superheroes face an unimaginable threat for three months, and yet somehow they always overcome. What’s stressed here is that Malekith leads the forces of nine conquered worlds, and a single inhabitant from some of those worlds could see off all but the mightiest of Earth’s superheroes. Captain America vs a Frost Giant? What are the odds? Iron Man might manage a couple, but Malekith has a whole world more at his disposal. This is emphasised from the start, cultivating a fine sense of desperation absent from crossovers of recent memory.

Selling this completely is Dauterman’s amazing art. Aware comparisons are now against on-screen Marvel heroes (and Game of Thrones), he draws scene after scene from a panoramic distance. Even when there’s an opportunity to fudge slightly, he doesn’t take it. The Avengers are surrounded by superhero memorabilia, not plain walls, and New York’s streets are recognisable. That work ethic extends to positively leaping on the visual cues Aaron provides. A bunch of Avengers on winged horses look superb, and an alliance of other Marvel heroes as if having just been on a Mad Max set is awesome. So are alligator tanks. Dauterman’s capacity for detail means some of his figures are stiff, but it’s a small price to pay.

Within the main plot Aaron gives us constant thoughtful sequences. A problem Asgard has faced is Heimdall being unable to reconstitute the Rainbow Bridge connecting Asgard with the other nine worlds, his recent blindness a real handicap. However, connect someone used to blindness with Heimdall and finding those broken pieces is achievable. Seeing the heroes pulled way beyond their normal experience works well for once, and Aaron’s score settling final confrontation is well set-up and gives us the cathartic ending we surely all want.

The War of the Realms is a thrilling ride, but for all the involvement of other characters, it’s a Thor story. He may not always be around, but it’s a reinforcement of his standing among Marvel heroes, and the background is his experience. He’s severely tested, and comes out golden.

Have Marvel finally realised cheating readers by requiring them to buy other graphic novels to piece together the entire story isn’t in their best interests? The entire story is here and complete in this volume. Sure, if you want more information on how the Punisher or the Agents of Atlas did their bit you can buy the companion graphic novels, but the key point is that for once it isn’t essential. A downside? Do we really need swearing in the standard Marvel comic?

Creators other than Aaron and Dauterman listed above work on epilogue sections, used both to wrap up minor points from the main story and lead into new series with characters who’ve been altered. The Jane Foster segment runs to the expected standard, a 1960s style Marvel origin over six pages, but those starring Daredevil, Loki and Punisher rise well above, making for an appreciated surprise. They’re quieter in tone than the main feature, but very welcome.