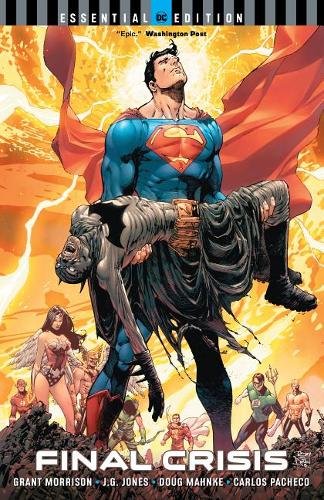 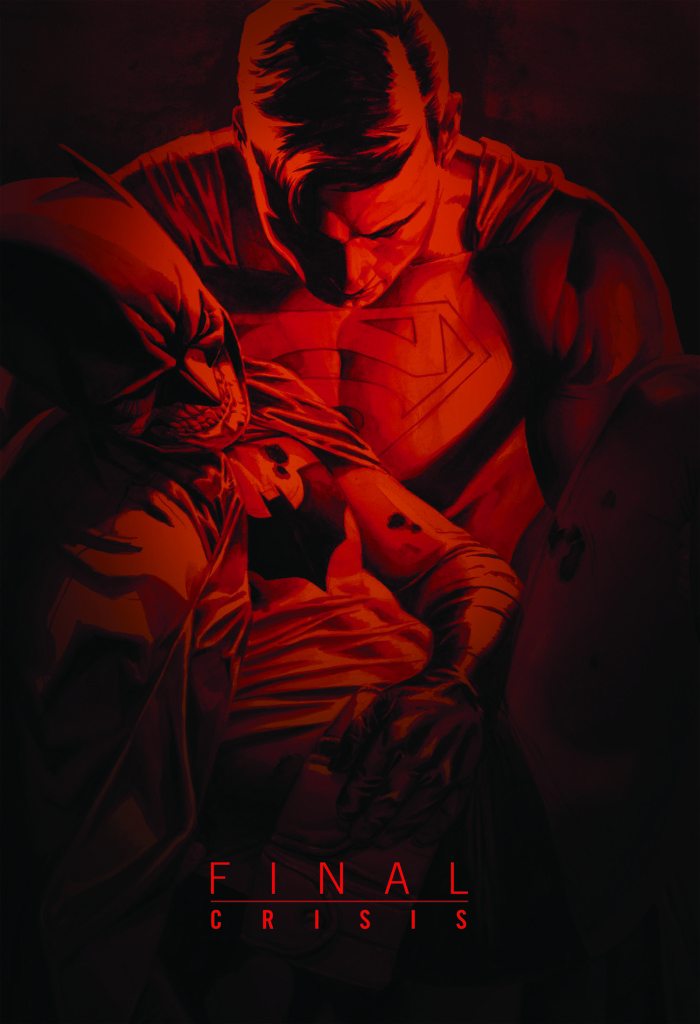 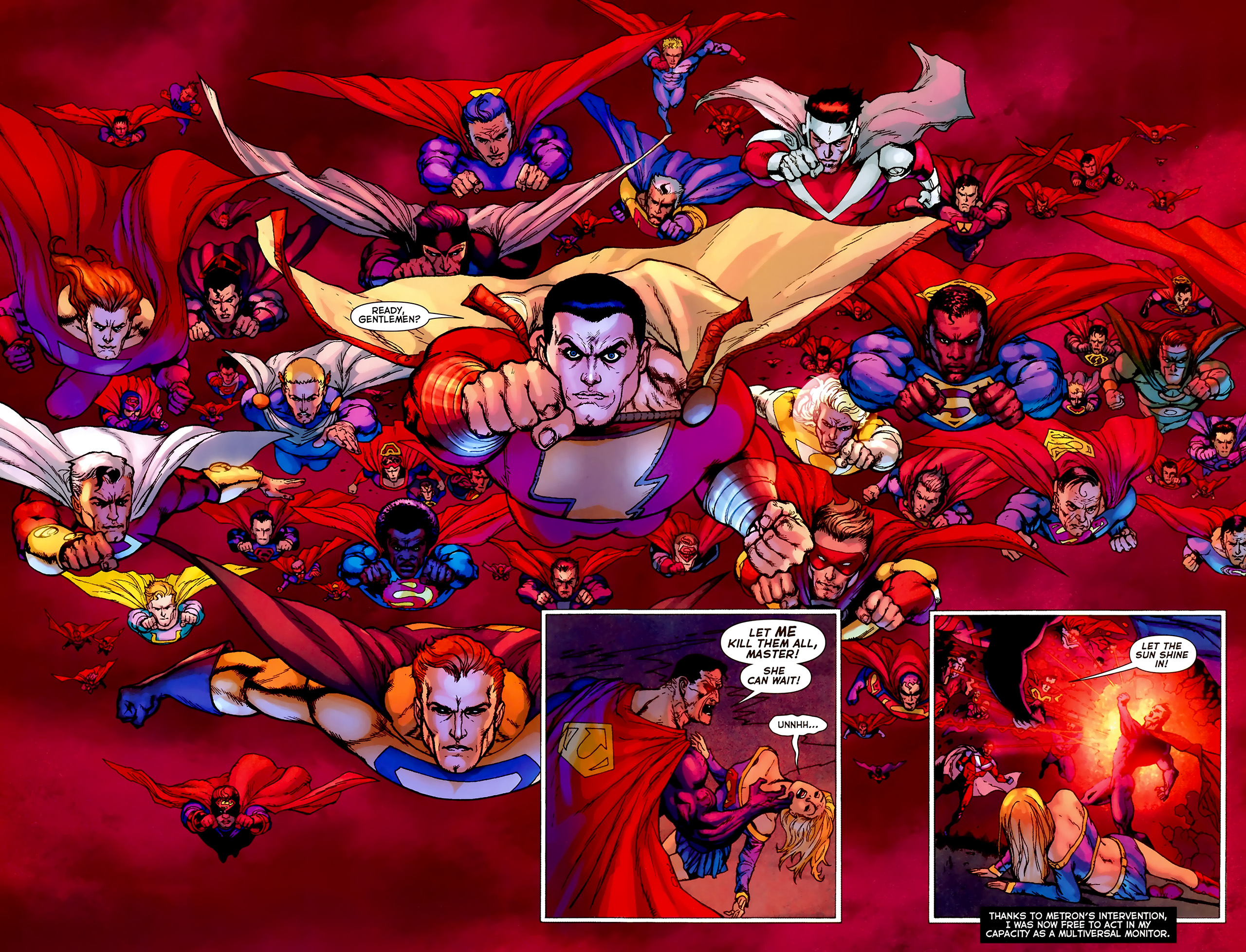 Want to turn your alternate universe upside down? Get Grant Morrison. Turning things on their head is exactly what he does best.

Final Crisis is the culmination of DC’s build up to world altering events that started to unfold in Countdown to Final Crisis and after The Death of the New Gods. Darkseid and the dark gods of Apokolips have orchestrated a worldwide invasion of Earth by means of the anti-life equation. Added to this is that the Monitors (a sentient race of guardian beings) have been corrupted, face the threat of Mandrakk (a monitor outcast feeding like a vampire on the multiverse) and so recruit the supermen from every alternate reality in an attempt to restore balance and order.

Morrison’s scope for Final Crisis is tremendous. No character is safe as he ruthlessly subjects the DC stable to universal torment and misery. It’s an incredibly dense story spanning over 300 pages and such is his dedication that there can be few obscure DC characters who don’t feature.

Its thrilling stuff as Barry Allen returns and three generations of the Flash desperately try to reverse events by attempting to outrun the Black Racer, the harbinger of death among the New Gods. In other places pockets of heroes form a resistance against the machinations of Darkseid with a rather funny poke at the pursuit of adulation and status featuring Morrison’s own creations, a Japanese hero squad named Super Young Team. Their only motivation is that Mister Miracle, Shilo Norman and Sonny Sumo (A-List celebrities and former allies of the New Gods) enter the fray and the Super Young Team believe  helping them will bestow fame.

Meanwhile the supermen of the multiverse are pitched against Mandrakk. This angle has an All-Star Superman feel to it. Doug Mahnke pencils with great depth and sumptuous detail well complemented by David Baron’s colours and a subtle but powerful use of red.

There are so many character aspects and perspectives to Final Crisis that it can be difficult to follow, and it affects the coherence towards the last third of the book. The use of flashback in places hinders rather than improves matters.

Dystopia has never been this dystopian. Heroes become villains, villains become heroes and Morrison does a superb job of highlighting the lesser known characters like Tattoo Man, The Ray and Frankenstein who stand out among the little guys in the last stand against Darkseid. J.G. Jones is a major contributor to the sense of apocalyptic dread which drips from the pages, and Carlos Pacheco, Jesus Merino, Marco Rudy, Christian Alamy and Matthew Clark make smaller, but no less important contributions. Jones’ work is better when sharing chapters with other artists (Merino and Pacheco in particular), not because his solo work is bad but because varying styles complement it. The colour work provides an urgent and tense atmosphere, a veritable Final Crisis. A small failing is that the cramped frames add anxiety, but occasionally rob the colours of their full effect.

Morrison’s story induces a feeling of being unsettled because the threat of universal destruction is a deep primal fear. Civilisations do come and go but mankind always rebuilds. Morrison’s strongest asset is to use the notion of man’s hopefulness. No matter how severe the situation (and it’s pretty severe) the inherent goodness and hope that lies in people will always overcome the worst adversity.

For those interested in what occurs between the panels, so to speak, associated material can be found in Final Crisis: Companion. The most recent edition is the Essential version, a rebaranding of what DC consider their best.