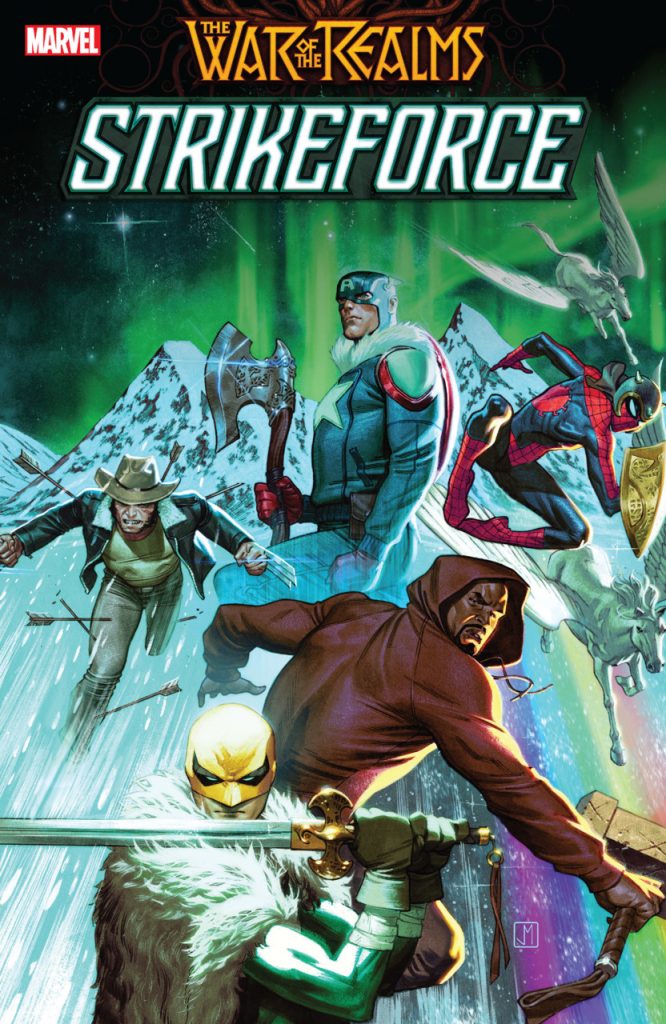 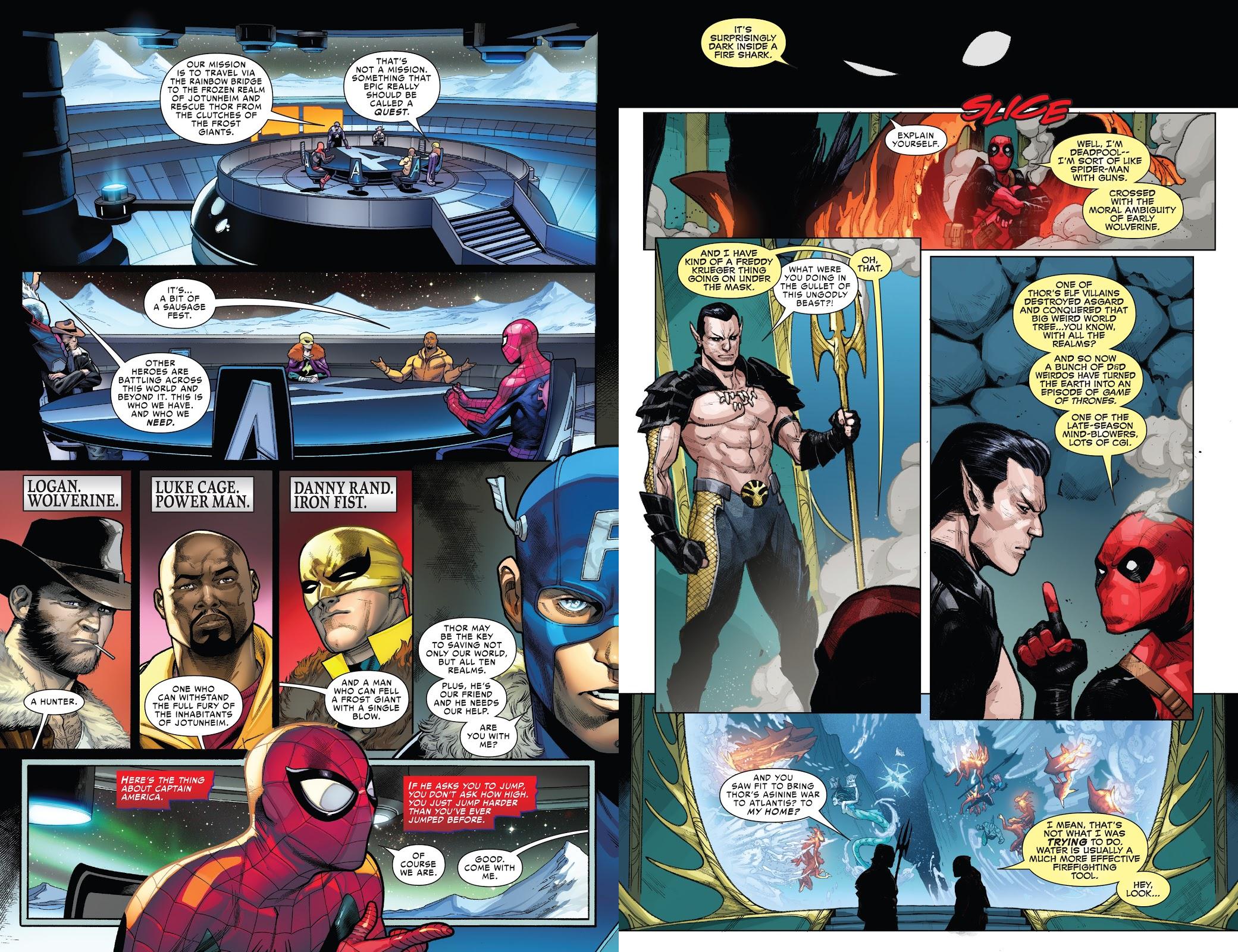 While The War of the Realms graphic novel can be read without reference to any other title, those who want to investigate the side stories have the option to learn in greater detail about how some matters worked out. Strikeforce considers three groups of heroes dispatched to assorted realms with specific missions. They’re a curious bunch.

The best of them unites Captain America, Iron Fist, Luke Cage, Spider-Man and Wolverine, whose mission is to rescue Thor from the Frost Giants. Tom Taylor fudges somewhat with the Frost Giants being a little too easily defeated, and off panel to boot, but compensates with some gloriously funny moments, great banter and the gosh-wow enthusiasm of Spider-Man providing the narrative view. Jorge Molina’s smooth art seals the deal.

Despite being given his own War of the Realms tie-in, the Punisher is tasked with leading a team of abrasive and angry personalities, the type best suited to facing the spiritual threats they might come up against. Blade, Ghost Rider and She-Hulk sign up for what they know could be a suicide mission if it fails. Their task is to invade the Dark Elf realm and destroy the teleporting technology that gives Malekith and his allies such a tactical advantage. It’s a damp squib from Bryan Hill, as the actual mission is dealt with in the core graphic novel, so he’s left with Asgardian goddess Freya collecting the necessary personnel, testing them to face the worst, and pontificating a lot on what it is that makes the Punisher who he is. In other circumstances some of the ideas would be worth exploring, but not in the brief page count available. Leinil Francis Yu is an old hand, always professional, but some scenes interest him a lot more than others, which have a dashed off look.

The quality middle ground is occupied by the writer formerly known as Dennis Hopeless, now credited as Dennis “Hopeless” Hallum, making him sound like the sidekick Larry Sanders would have hired had Hank “Hey Now” Kingsley been shown the door. Under Hallum’s watch the War of the Realms makes it’s way to Namor’s undersea kingdom, and from there around the world. His snarky dialogue is great, and his pop culture Deadpool dialogue is hilarious as a team of Avengers under Captain Marvel’s watch bop around the world dealing with invaders. The hand-wringing ending is overbaked, but Kim Jacinto’s layouts in a style very similar to Yu cement what’s a generally fun experience.

As enjoyable as the Taylor/Molina story is, there’s nothing about Strikeforce that’s compelling unless you’re so wrapped up in War of the Realms that every detail counts.