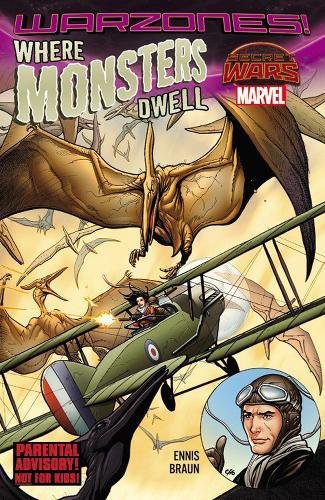 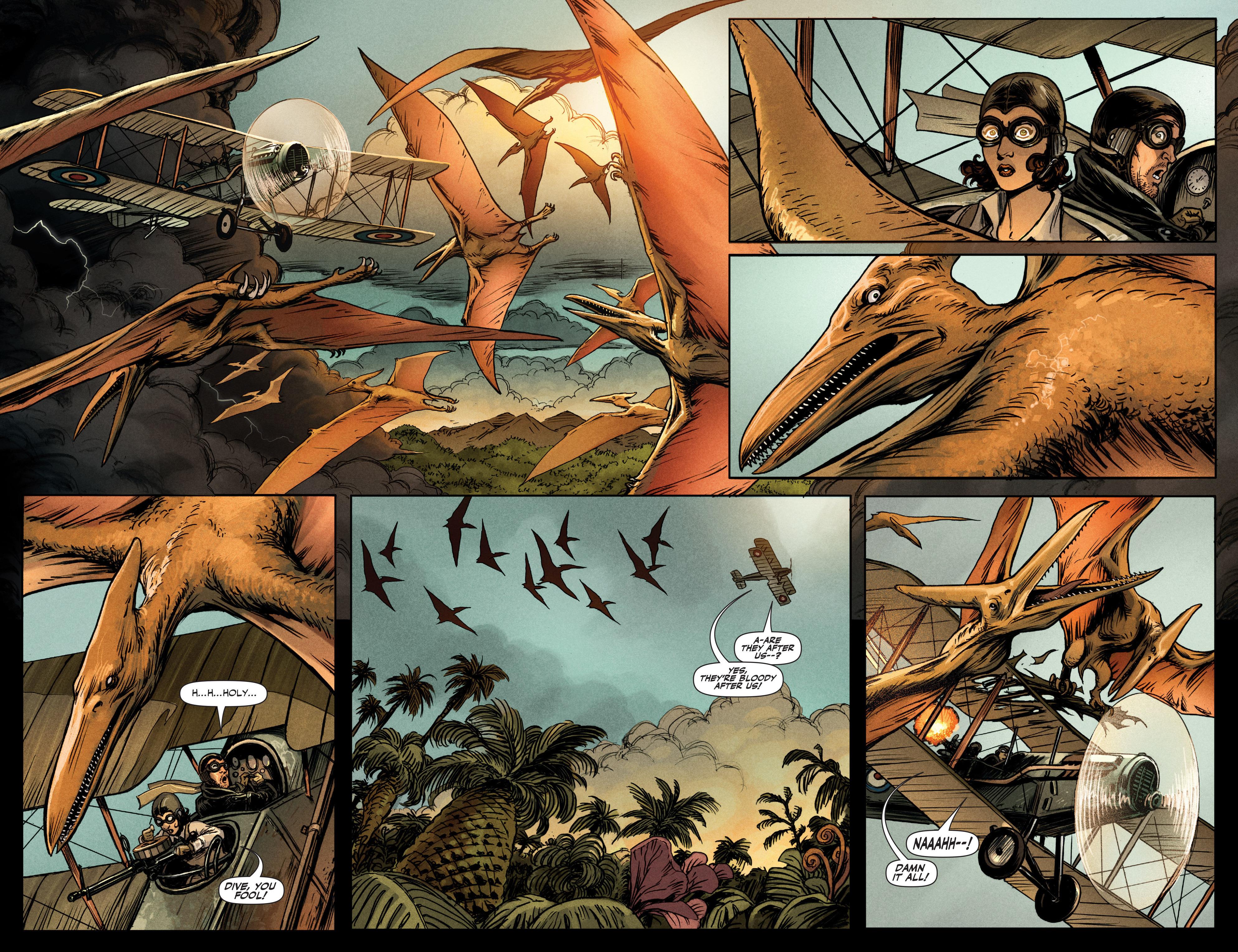 Although marketed as a Secret Wars tie-in, the 2015 crossover series has no relevance whatsoever to Garth Ennis’ and Russ Braun’s story of World War I flying ace the Phantom Eagle, or plain Karl Kaufmann here, landing on an island that’s the equivalent of The Land That Time Forgot, where dinosaurs still exist. What’s established early is that Kaufmann is a prodigious flyer, and a man with few scruples, a cad and a bounder in the British Empire language of the era.

We also meet fill in Clementine Franklin-Cox, written well enough during her introduction that everyone bar the instantly smitten Kaufmann knows she’s acting the airhead, and so it proves. Ennis uses the pair to provide his excellent version of the classic sparky relationships Bogart and Bacall or Hepburn and Tracy acted out on screen during the 1940s. So used to deceit and charisma being the starting point of his romantic interludes, Kaufman is comically puzzled by this being easily brushed off. The situation deteriorates further for him when the pair move to another island and Ennis takes a satirical potshot at one of DC’s better known races.

Russ Braun’s art is the ideal match for Ennis’ script. They collaborated on the final volumes of The Boys, and so Braun knows when to have Kaufmann mug to the camera and when the joke works best without any gurning or exaggeration. The story also requires giant sharks, crocodiles and dinosaurs, and Braun’s also excellent with those, applying a correct sense of scale to supply some fearsome monstrosities.

Ennis is now so accomplished at this sort of comedy adventure it’s easy to take him for granted, but seeing it divorced from a series in a one-shot graphic novel like When Monsters Dwell is a timely reminder. It’s fairly certain that this is not what most Warzones readers will want from their superhero crossover tie-ins, but anyone else ought to have a ball.