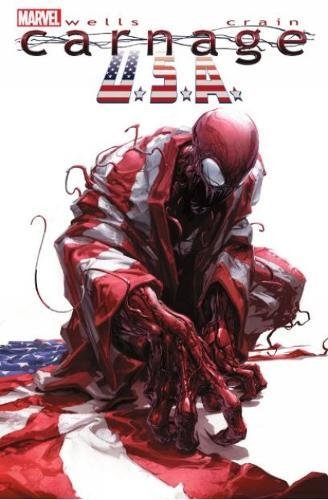 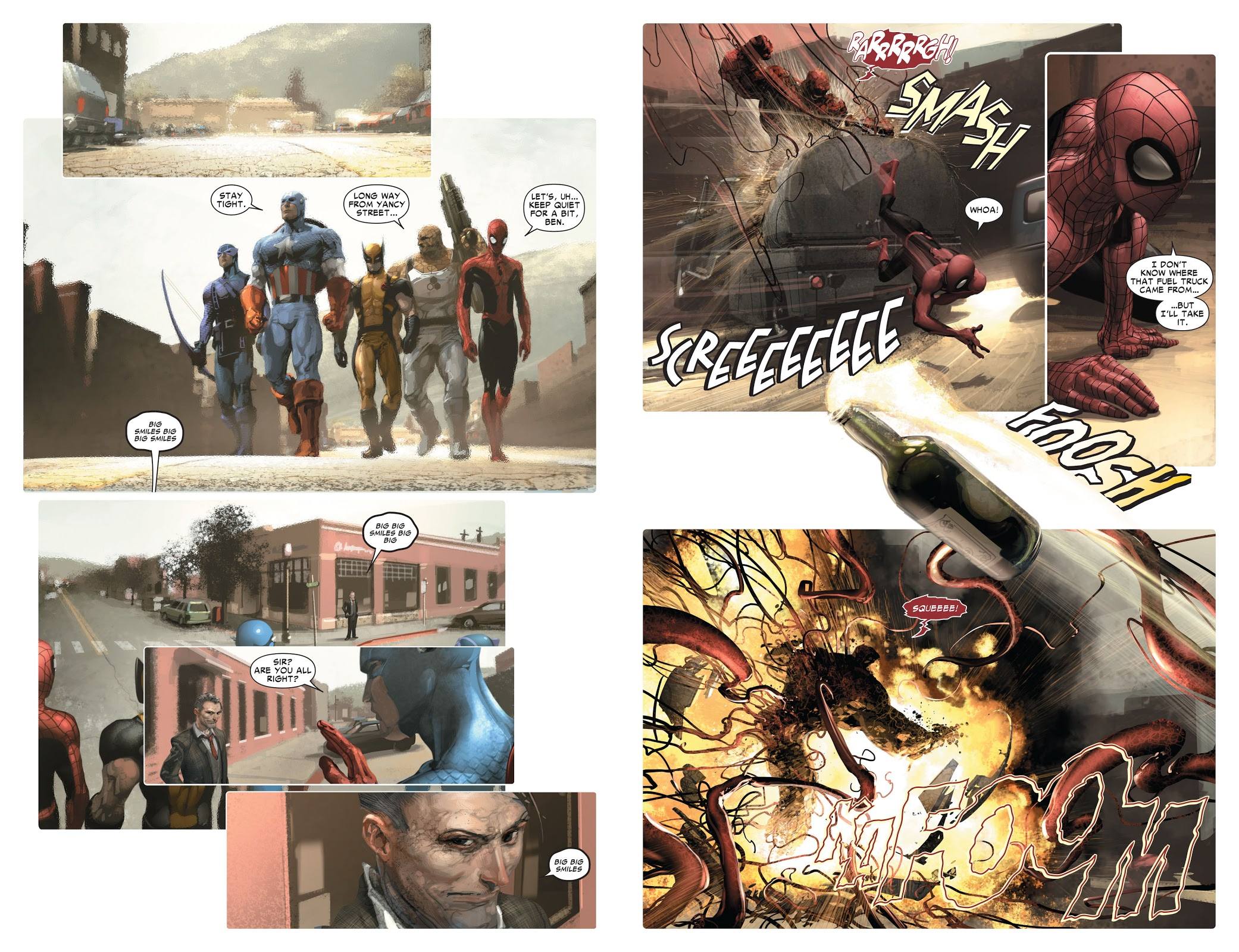 Carnage is related to Venom, an alien symbiote bonded with a human. The crucial difference is the human host being Cletus Kasady, a serial killer without remorse or conscience. Instead of the symbiote feeding into someone who’s basically good and resisting temptation, Kasady welcomes the bonding as providing sadistic new opportunities. There’s been a common currency to his appearances, though, as grim as they are.

Zeb Wells changes that. Instead of Carnage on the rampage slaughtering the citizens of New York, he tips up in Doverton, a small rural community, and Wells institutes terror from the start via a sign noting the population as 1146. Clayton Crain emphasises the peaceful location with illustrations of children playing in streets lined with picket-fences where old folk sit on the porch appreciating the view. Who’d want to see a nihilistic mass murderer turning up there?

There’s a slight limitation of Crain’s establishing pages being a form of pseudo-realism as it then has to apply to Spider-Man and the Avengers, where it doesn’t have the same polish, as figures aren’t Crain’s strength. That’s technology, which Crain obviously loves drawing, giving it an appreciated fiddly complexity. Beyond the first chapter he’s not required to draw too many people as Carnage lets loose, and Crain can apply the complexity to his squirming tendrils also. Clayton’s the colourist as well, and brings a realistic gloom to scenes set outside at night, and indicative of his attention to detail is the slight pixilation to the top panel of the sample art to represent the shimmering heat.

Wells keeps the terror high via switching away from the superheroes who’ve landed in Doverton at pivotal moments to check what the military contingencies are, and there isn’t just one. We’re first introduced to someone who has a unique bond with a symbiote, then entertainingly to a bunch of military misfits, their type familiar from countless action films. By the end of the second chapter Wells drops his final surprise: there’s a safari park in Doverton. With the pieces introduced it’s just a matter of pushing them all in the right direction, and that rolls out really incredibly smoothly giving us what we want. The desperate last chapter battle is both funny and terrifying.

Carnage’s name isn’t usually associated with quality, but Carnage, U.S.A. is a superior thriller. Marvel have put out two editions, and given the prices being asked for second hand copies it’s time they considered a third.