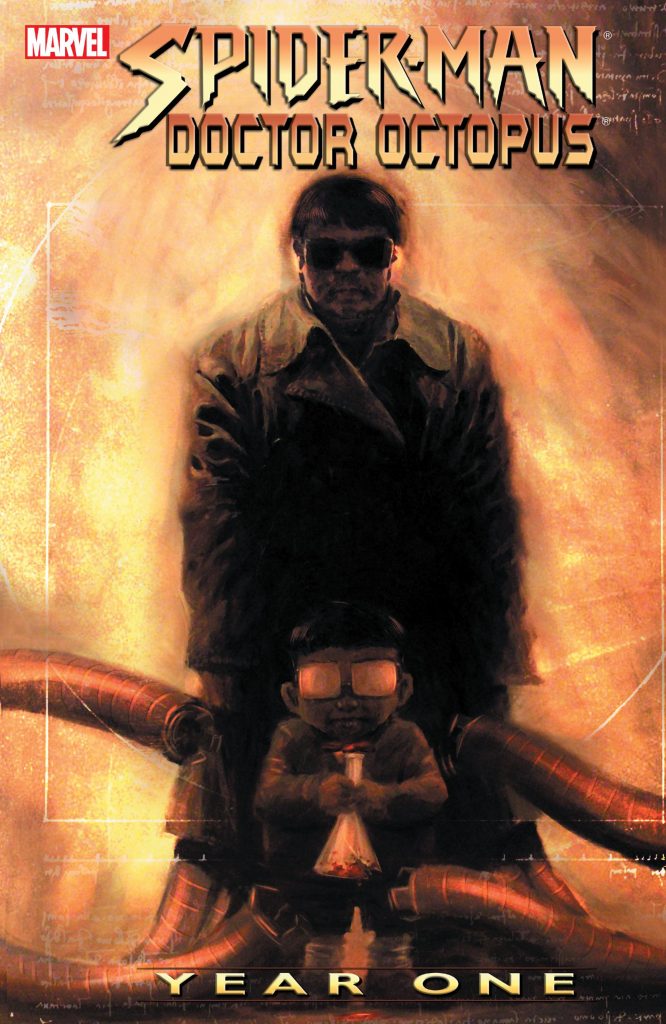 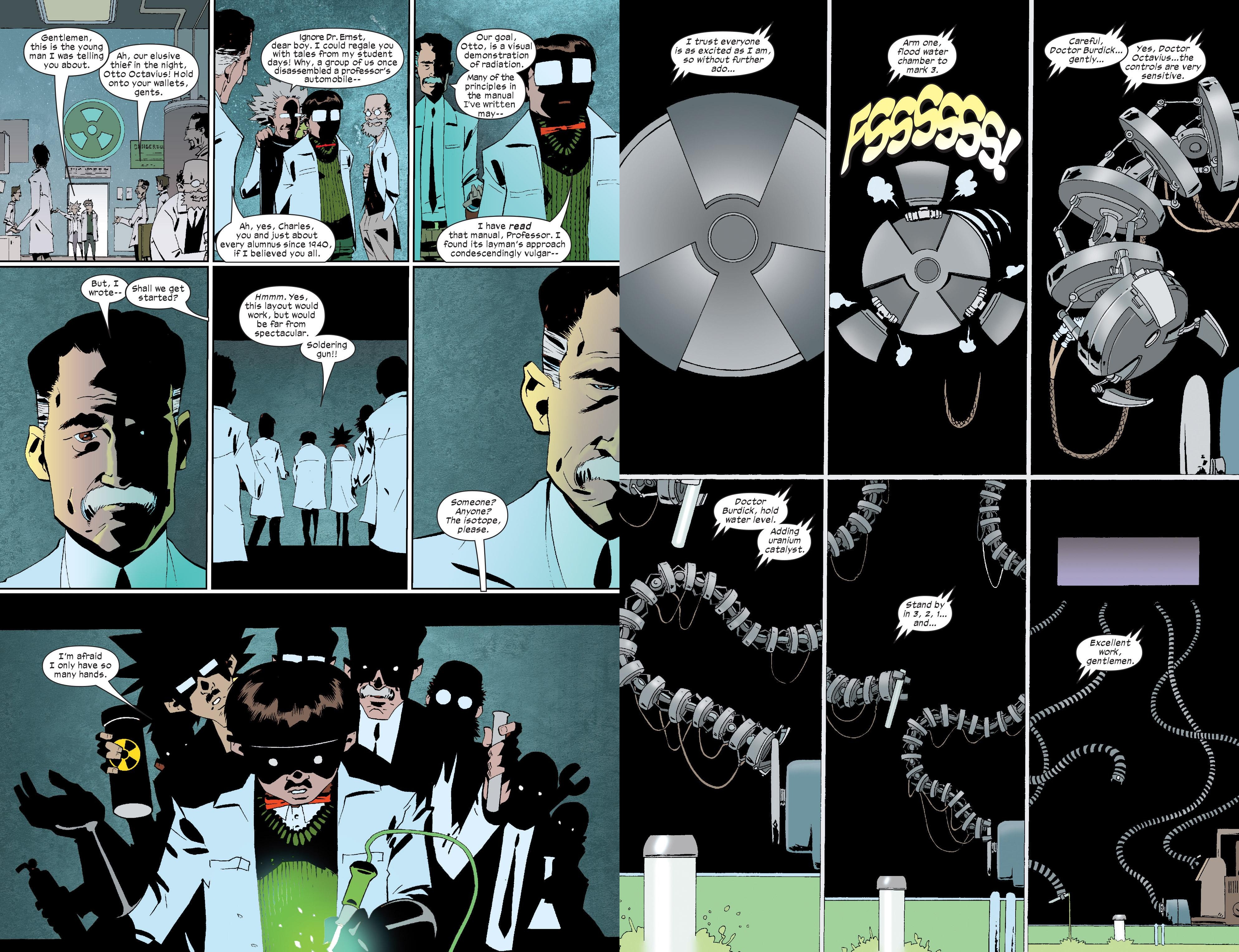 Otto Octavius, scientific genius and unrelenting foe of Spider-Man, but what makes such a man? It was a question that hadn’t really been answered before Zeb Wells and Kaare Andrews were commissioned to produce this story to coincide with the 2004 Spider-Man movie in which he was the villain.

Wells surprises from the start, depicting the ungainly and ugly little child with a loving mother protecting him as much as she can from his brutal father. Leaving an appalling school when his intellect sees him admitted to M.I.T., his genius flourishes, but induces an arrogance that’s a cornerstone of his later appearances. His earlier school experiences, however, have left one indelible memory, his imagining the furious nature of a nuclear explosion, which Wells uses effectively as a recurring motif. A lot of thought has been applied to constructing a past for Octavius exemplified by the distinctive glasses he wears strapped to his head during his criminal enterprises. Wells extrapolates backwards, providing a history of his spectacles playing a large part in Octavius’ misfortunes from an early age. Andrews picks up on this, and emphasises them visually, always with the light reflecting off them, rendering them sinisterly opaque.

Several other aspects of Octavius’ awkward career are bolstered with psychological credibility, not least his attraction to Peter Parker’s Aunt May, who we see reflected in his own mother later in her life. Once he develops the arms that initiate his criminal career, Wells gives the synthesis between the mechanical and human a creepy quality, and, again, it’s emphasised by Andrews, whose thoughtful approach raises what’s already a good story. His artistic career has been one of constant morphing, yet always with a strong sense of design whatever style he’s using, and that comes across whether it’s with pages of abstracted mechanical devices or the glimpse into the unknown, both visible on the sample art. He uses shadows and silhouettes extremely effectively in endowing some scenes with a full gothic horror effect, in some places taking his lead from Frank Miller. Again, that echoes the script with a fine realisation that Octavius no longer needs to repress his rage, that the tormented can become the tormentor.

Wells supplies a coherent, if occasionally science-heavy profile of how a nerdy kid came to worship a primal power, in what’s an intelligent and superb looking graphic novel, far better than we’ve any right to expect from a concept as ludicrous as Doctor Octopus.