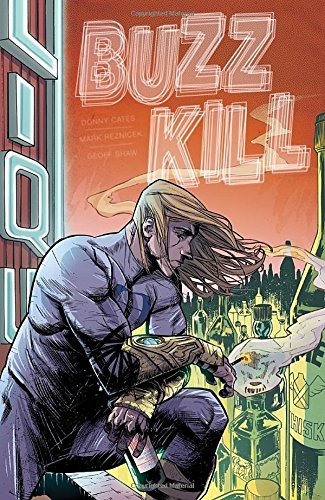 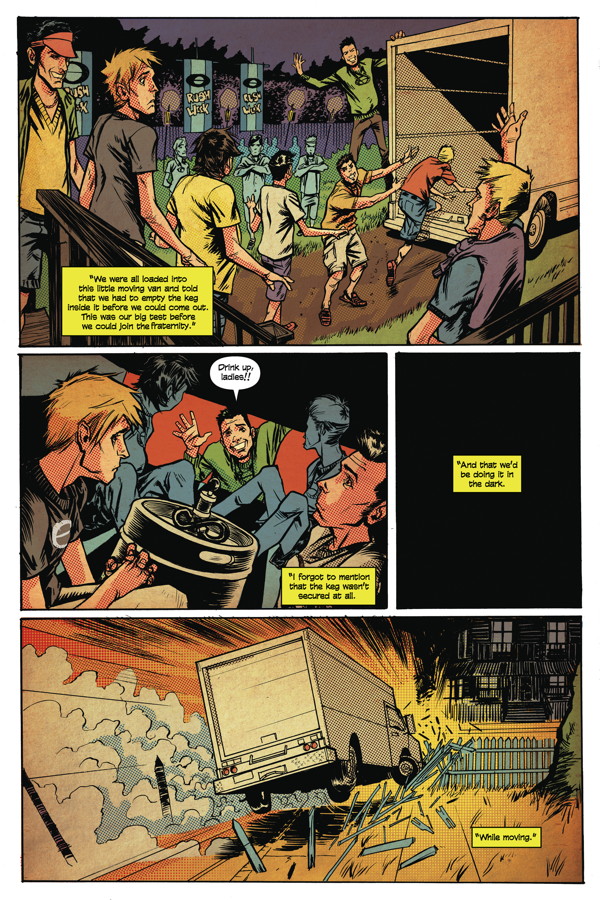 The idea of a superhero who derives their powers from excessive intake of alcohol or drugs is tricky to flesh out. Treat it as a joke and a significant number of people will consider it’s trivialising a problem that affects millions. Take it too seriously by ensuring there’s a balanced representation of the dangers involved, and there’s a risk of boring the audience into submission. It’s not a problem that the writing team of Donny Cates and Mark Reznicek entirely get to grips with.

They open at a meeting of Alcoholics Anoymous at which our protagonist, calling himself Ruben, reluctantly bares his soul to the group. A big coincidence then leads to his many enemies turning up en masse. ‘Ruben’ has come to the decision that as his super powers effectively require him to be out of control there’s little point in continuing as a superhero, and he needs to make some apologies for his previous actions.

A few good ideas are incorporated, Ruben powering up to meet his united enemies for one, but there’s a lack of focus. Too many other characters are introduced, many serve only cameo roles, and it’s not until the final chapter that we get to the real meat of the problem. Some further expansion of this idea would have served Buzzkill well. Here Cates and Reznicek apply a greater logic and a tension absent from the remainder of their story. It also includes some bleakly humorous moments.

Geoff Shaw is the star turn here. There’s a nice looseness to his art that’s reminiscent of Sam Kieth, which is definitely a good thing, and his designs bring a relatively motley crew to life. The best of them is Ruben’s AA sponsor, also with super powers, and a man who’s yet to come to terms with the idea of forswearing alcohol.

This is a standalone graphic novel, and while not entirely successful, it’s readable, and the ideas present indicate that all creators are worth keeping an eye on.