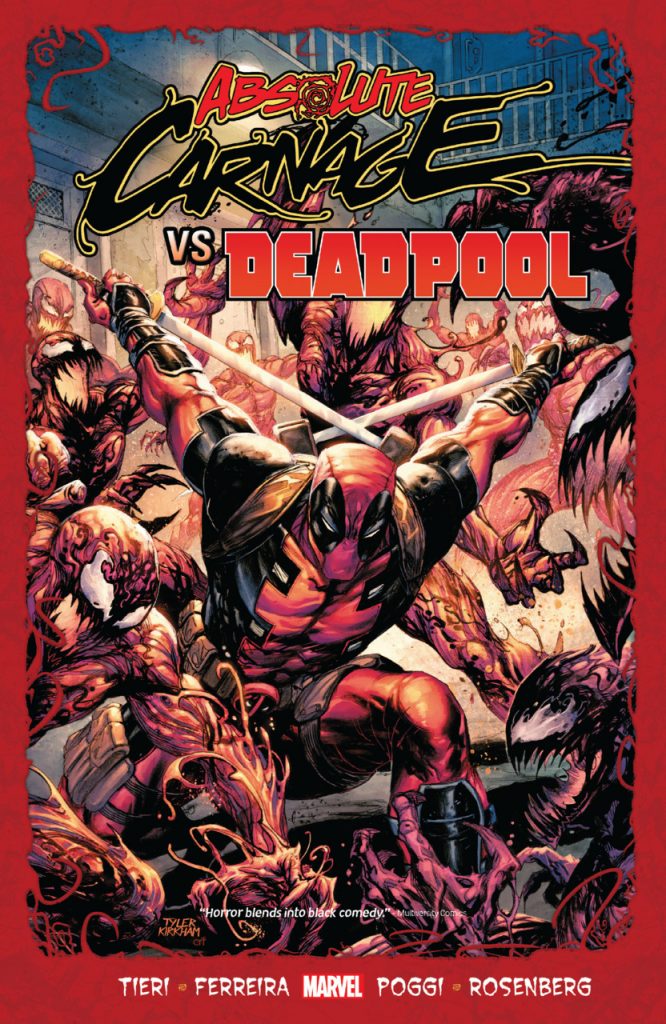 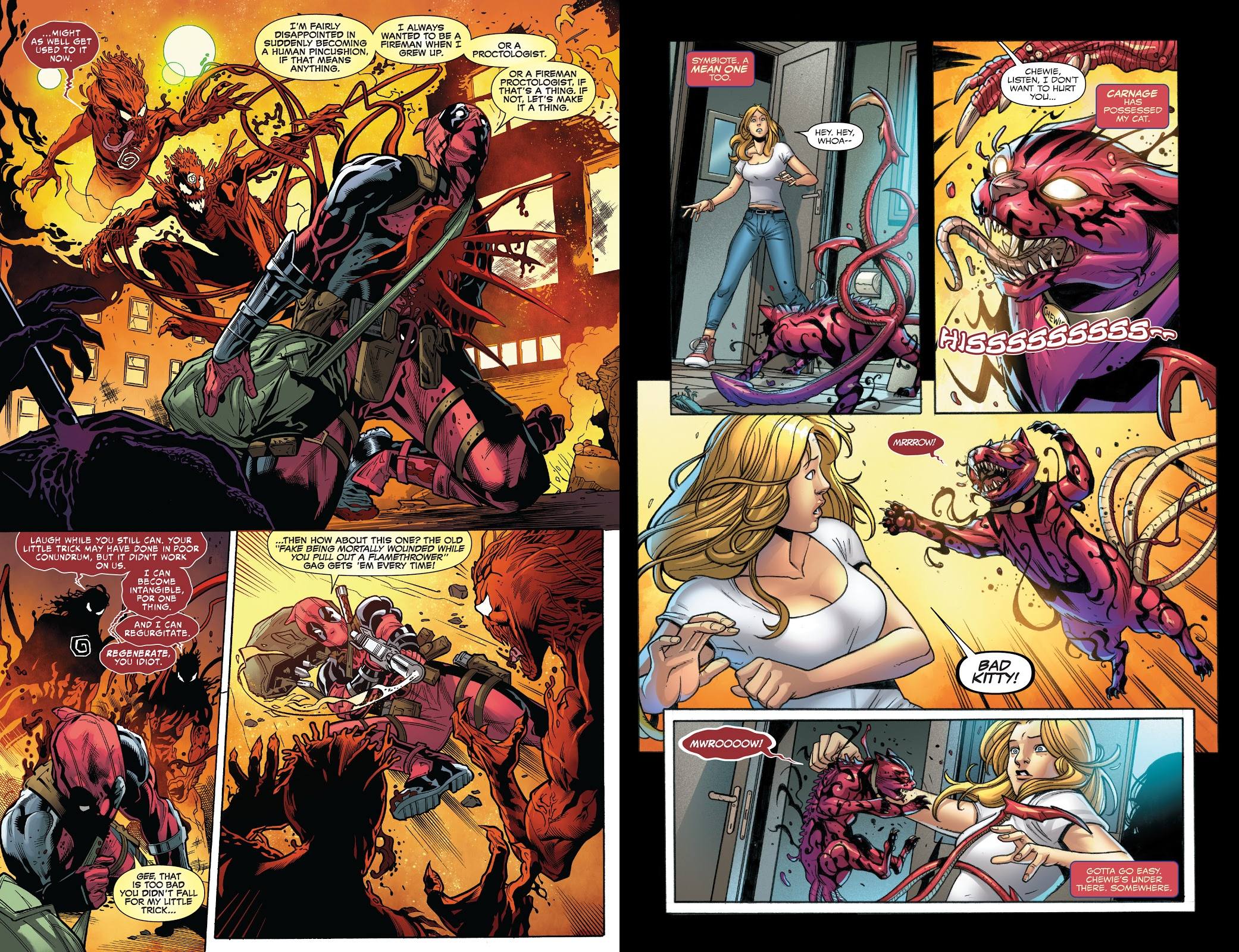 To begin with the Absolute Carnage story is centred on the Ravenscroft Institute, Marvel’s equivalent of DC’s longer running Arkham Asylum. Because this is a Deadpool story it has wrought iron gates with lettering advertising it as a home for the criminally insane, and Deadpool chooses to visit just after Carnage has taken the place over and created dozens of avatars. If there is a lighter side to Absolute Carnage, this is it.

The essential information is that when a symbiote bonds with a human it leaves a tiny piece of DNA known as a codex. Carnage needs those strands, and Deadpool has been briefly bonded with four different symbiotes, which makes him a valuable target. Frank Tieri provides the authentic babbling voice of Deadpool, along with an inventive selection of madcap schemes, although as this is cartoon violence, Carnage, or his avatars, are more likely to fall for them, spluttering curses all the while. Marcelo Ferreira supplies suitably slick action art, never overselling the comedy. It’s Deadpool the way you want him to be, and it hits the spot. Plus, there’s a lot of Spider-Man as well.

Captain Marvel is only allocated the single episode compared with Deadpool’s three, but then it isn’t her name on the cover, is it? As seen on Andrea Broccado’s sample art, her story’s also funny, just less obviously so. Her cat is actually an alien creature called a Flerkin choosing to take the form of a cat, but that doesn’t render it immune to possession by Carnage. Emily Ryan Lerner’s story is far more straightforward, and not as interesting as the main event.

Just as Marvel films have surprise sequences after the initial credits, so does this graphic novel. After the individual issue covers and alternatives there are four one page strips written by Clay McLeod Chapman. Alberto Alburquerque (twice), Gerardo Sandoval, and James Stokoe provide the art looking in on how the Carnage symbiotes fare against the featured heroes and a couple of others. They’re slim, but satisfying, which applies to most of this collection.