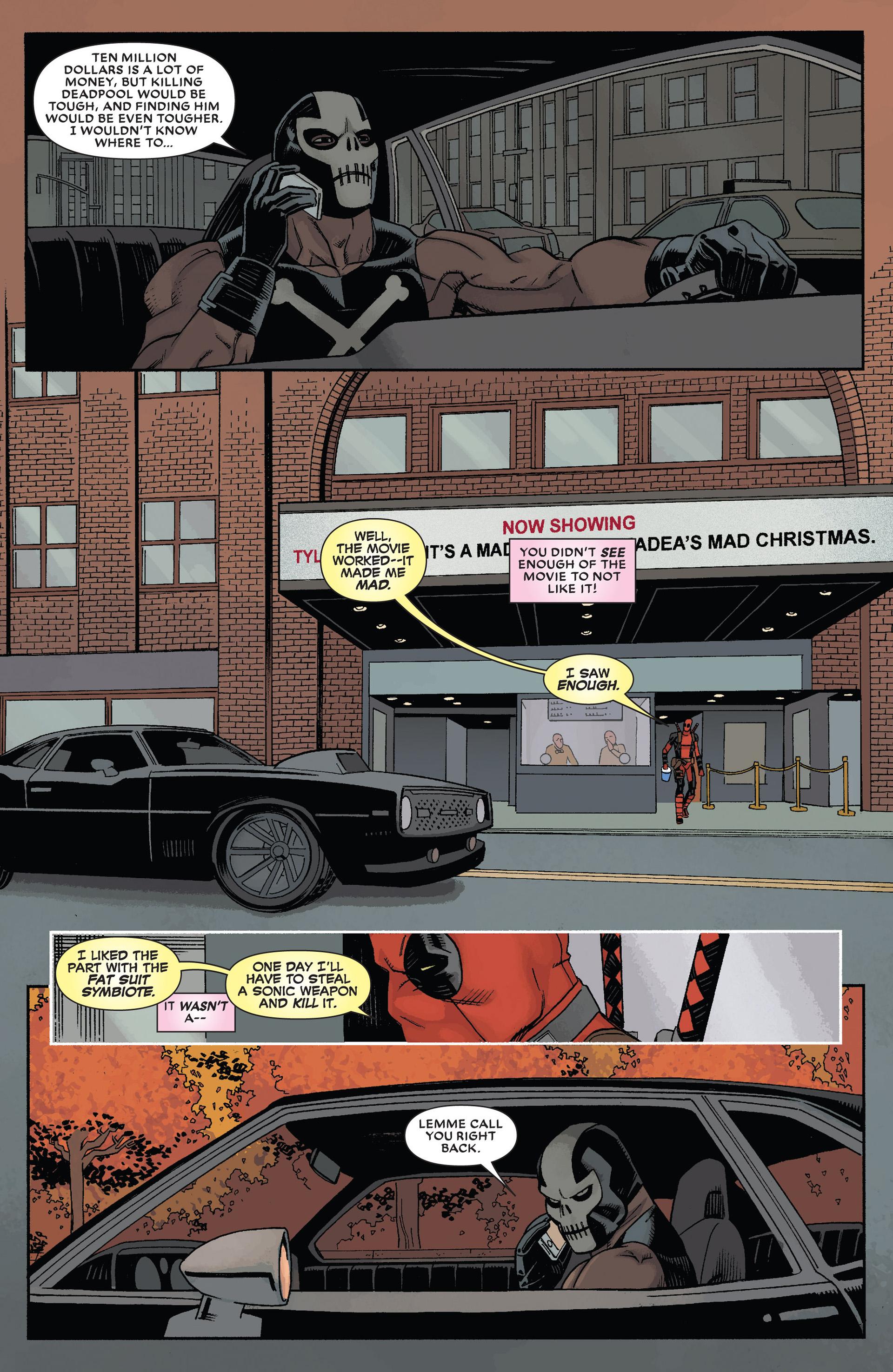 One of the joys of this series of Deadpool has been the faked inventory chapters supposedly from the 1970s, and this book opens with another, this time pastiching the work of Jack Kirby as Deadpool takes a vacation in the Black Panther’s kingdom of Wakanda. Scott Koblish’s art is very good at mimicking the wacky and complex design elements Kirby used to create an other-worldly look, and the writing team of Gerry Duggan and Brian Posehn have a good handle on how Kirby’s scripts just veered from one incredible topic to another.

The title plot harkens back to two problems that arose in the opening volume, Dead Presidents. The first is that Deadpool carried out a job for S.H.I.E.L.D. and wasn’t paid. The second is that job resulted in the spirit of Agent Preston being stored in Deadpool’s brain when she died. Deadpool’s not happy with either situation, but when he learns S.H.I.E.L.D. has created a life model decoy of Agent Preston the solution seems clear. Unfortunately for Deadpool, plans are complicated somewhat by a rogue S.H.I.E.L.D. agent.

Until this volume Duggan and Posehn have been very good at maximising the plot per story, but they’ve misjudged matters a little here, and the tale overruns at five chapters. There are twists, there are jokes, and there are guest appearances, but Deadpool Vs S.H.I.E.L.D. isn’t as compelling as the previous three books, although there’s almost a return to the Deadpool of old as an assassin turns up to kill him in the final chapter. The art is also slightly problematical due to Mike Hawthorne not being very keen to populate his backgrounds. He’ll fill them with buildings and cars, but even allowing for people wanting to get away from a superhero battle the effect is of Deadpool performing on a set and the extras haven’t turned up. There’s a scene where a cyclist is angered by running over a prone Deadpool, yet the way the scene is drawn by Hawthorne there’s barely anything else moving on the street and the cyclist needed to make a supreme effort  just to hit Deadpool.

Next up is The Wedding of Deadpool, rather cleverly starting with the tale mentioned in the opening pages of this book.