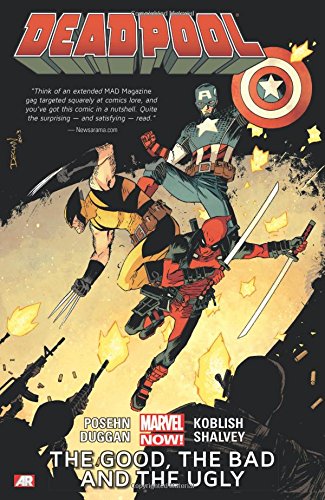 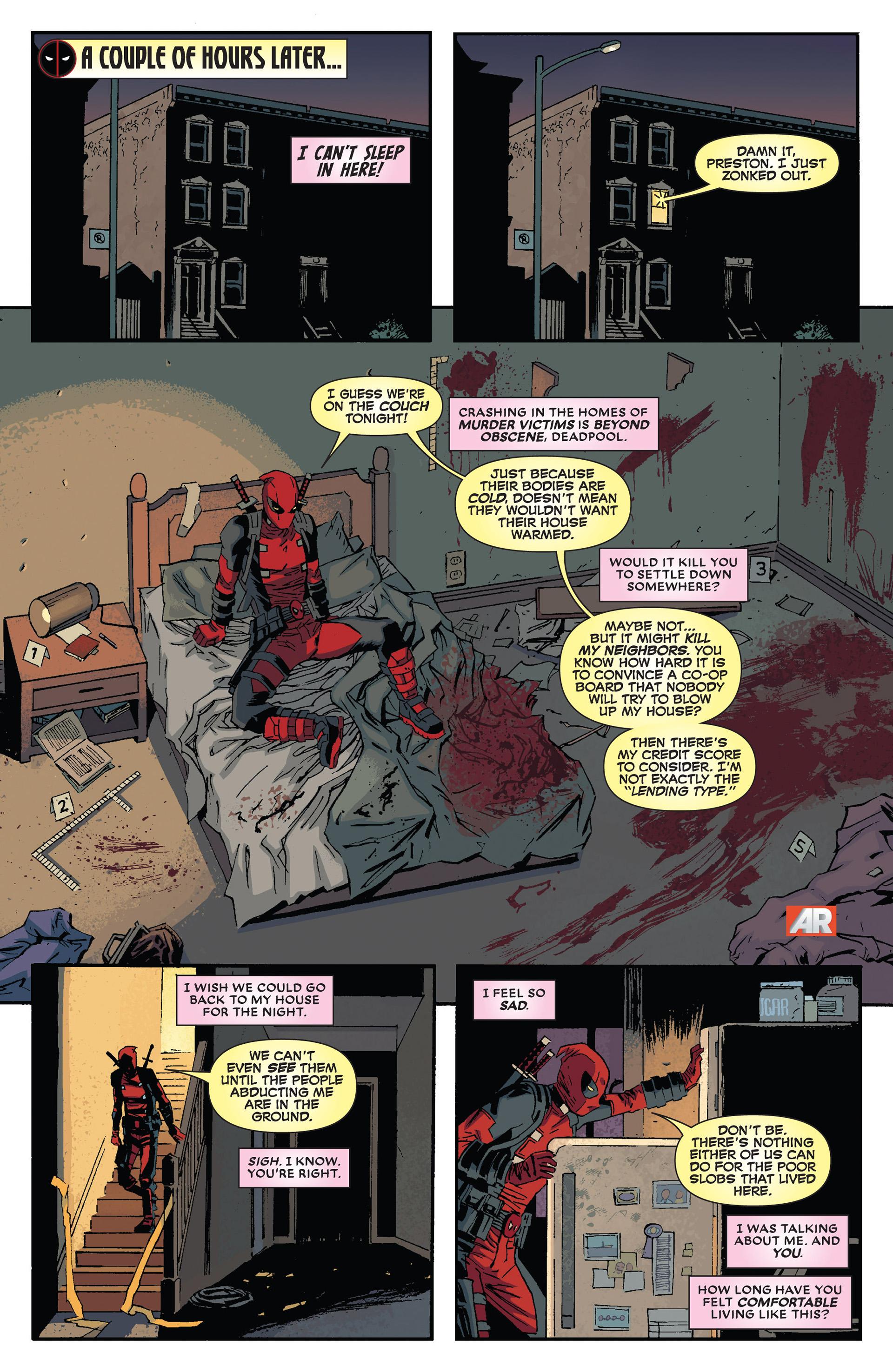 Deadpool is such a discursive and meandering title, continuing a tradition viable since his first appearances, that any semblance of a precis generally has little relevance. Anyone can pick up The Good, the Bad and the Ugly, with little reference to anything that occurred in Soul Hunter. The single item of relevance is that Deadpool has spent years perpetuating an inner monologue, and he now has an inner presence, that of S.H.I.E.L.D. Agent Preston, saved from death by having her essence stored in Deadpool’s brain. Oh, and midway through that previous book, someone stole one of Deadpool’s kidneys.

As was the case in Soul Hunter, this opens with a pastiche story supposedly created in 1977, but never printed until now. In addition to the previously featured colouring dots as if four colour printing, we now also have out of register colour plates to add to the period feel. Scott Koblish has a ball incorporating all kinds of 1970s ephemera into his art along with Luke Cage (in yellow shirt, as all right thinking people believe he should be), and Iron Fist, for whom he’s looked at John Byrne’s versions. You know the writing team of Gerry Duggan and Brian Posehn have nailed it again from the opening splash of Deadpool with an afro chuckling at a stupendous new comic strip, Cathy. They revel in Cage’s period dialogue amid a gag-packed script where the villain of the piece is called the White Man. It’s a gem, and it continues with the 1970s transported to the present day, which isn’t quite as funny, but has its moments.

Part of the reason for the hilarity of those opening chapters is to contrast the remainder of the book, which deposits the humour on the back burner to adopt a serious tone. Duggan and Posehn look back at the Weapon X project that created Deadpool and deliver some credible background as to why Deadpool is the way he is, and why that’s not been consistent. They also investigate what could occur when a desperate geneticist is funded by a regime without conscience or concern for its own people. Despite the change of mood it’s also very good, an action-thriller co-opting Captain America and Wolverine, along with the X-Men (sort of), and it induces emotions completely alien to a Deadpool story. Tragedy for one, and the writers come up with some twisted material to feed into events. It’s excellently drawn by Declan Shalvey who captures the horror of the environment and of the emotional hole.