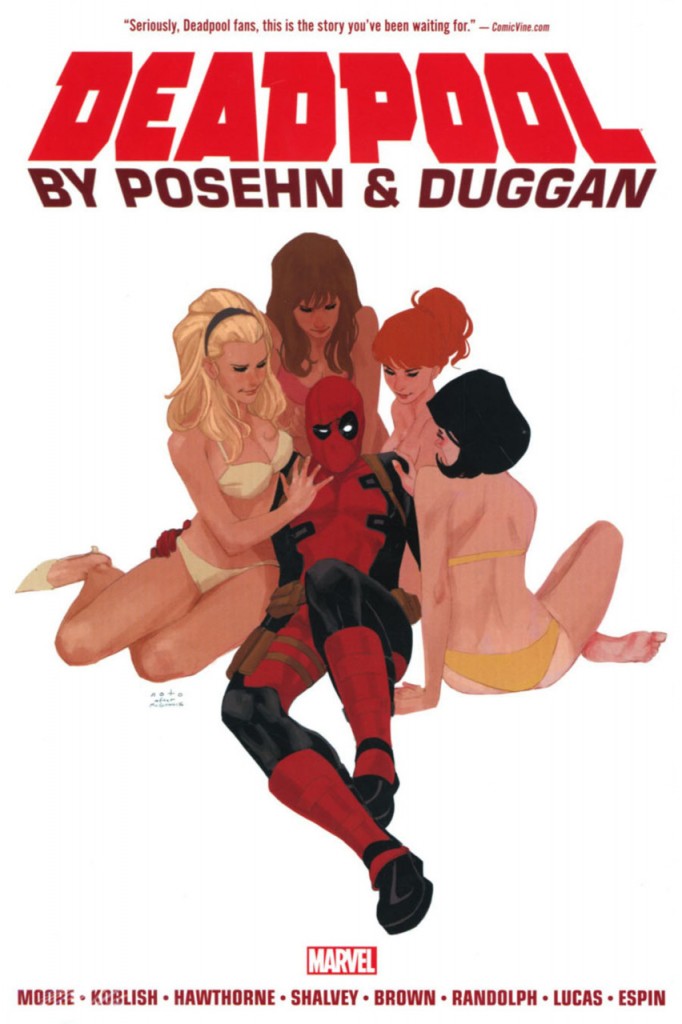 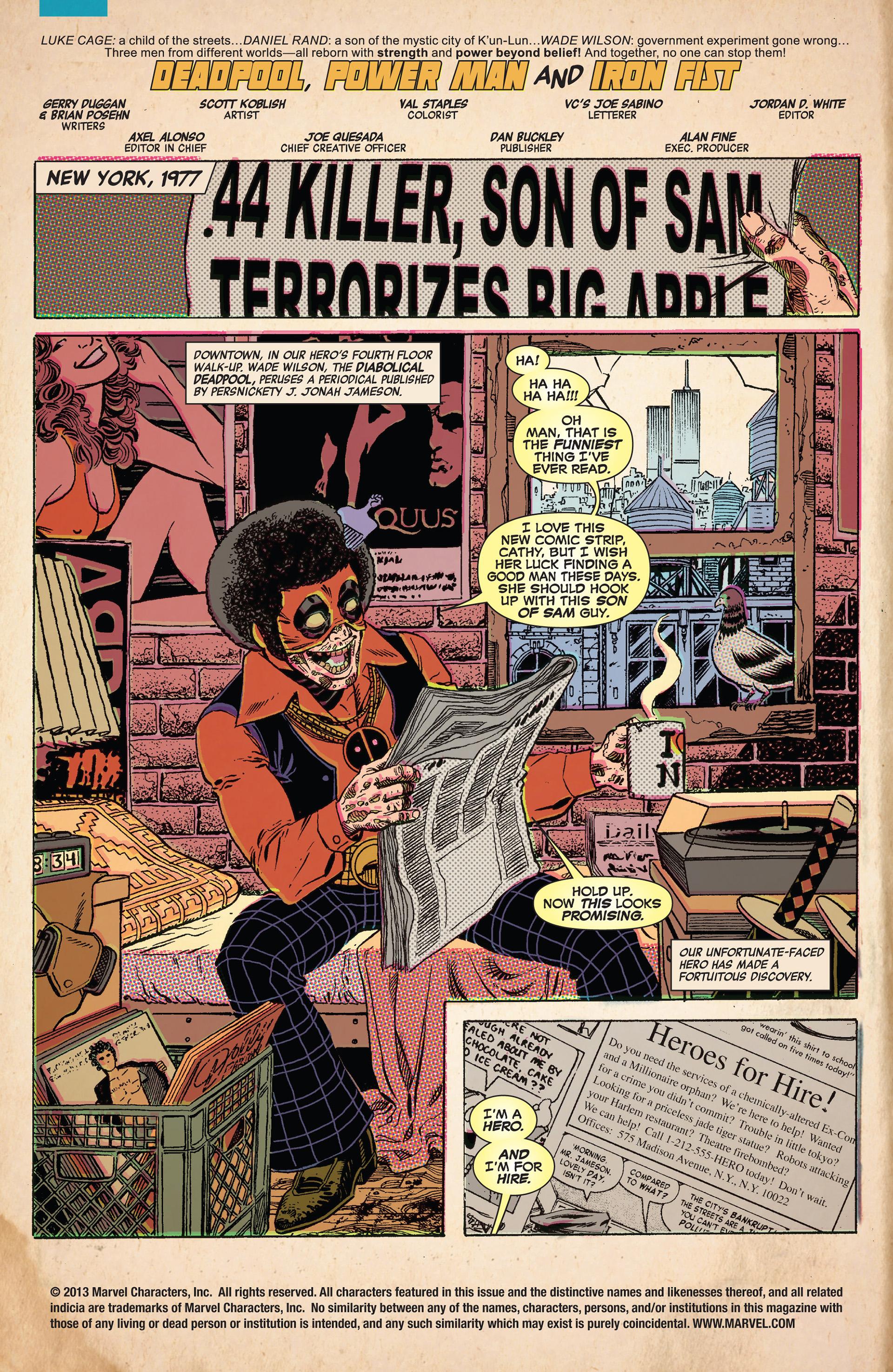 If you’re going to buy the run of a creative team in an expensive oversize hardcover format, you could do far worse than the work of writers Gerry Duggan and Brian Posehn on Deadpool, covering what was previously published as eight paperbacks. They have a great sense of shock and awe, precise comic timing and wild plots that defy expectation. They’re also capable of switching Deadpool from comedy superheroics to action-thiller mode with very few laughs, as they do twice within this collection, and considering the addled character they’re dealing with, that’s some achievement.

Over the course of the stories presented Deadpool has two people stuck inside his head, snatches a bride away from Dracula, makes deals with demons and other mercenaries, cares for a bunch of superheroes genetically engineered from his tissue samples, and discovers the contentment of peace. Take a breath. He also dabbles in the joys of family life, uncovers corruption within S.H.I.E.L.D., takes several dips back into the past, fights every dead president of the USA, and has to deal with the near constant threat of would-be world rulers Ultimatum. And there’s a lot more besides.

One repeated trick characterises the series. The editorial joke is that the writers have missed their deadline, so the editor has to present an issue of Deadpool from back in the day previously considered unpublishable for assorted reasons. The best of them is the 1970s Blaxploitation movie pastiche unwillingly involving Luke Cage and Iron Fist, but we also have Hitler time-travelling to the 1950s to kill Nick Fury, a Jack Kirby parody, the horrors of 1990s artistic distortion and several others, all of them good. Scott Koblish (sample art) is capable of varying his art to be true to the different periods or styles being pastiched, and also draws one of the best single chapters here as Deadpool fights cute Japanese game avatars.

Artistically there are few problems. Mike Hawthorne draws more pages than anyone else, generally well, although populating some backgrounds would improve his art. Reilly Brown, Salva Espin, Tony Moore and, Declan Shalvey all contribute distinguished continued stories of assorted lengths, with the only real artistic anomaly being John Lucas. His cartooning’s not bad, but it’s inconsistent with the remainder of what’s here, and that’s undesirable. There are also occasional blips in the writing, with a couple of stories being dragged on past their plot content, but as a rule Duggan and Posehn generally know when to stop.

Although Duggan and Posehn are the credited writers, many others contribute short material, either spotlighting the supporting cast that underpin the series or variations on the theme of Deadpool getting married. That barely any of them approach the headline act is a statement of quality. If you come into an inheritance and enjoy Deadpool, this is a book to pick up as it would rank higher if solely the work of Duggan and Posehn.

For those that would prefer their Deadpool in paperback, or plain cheaper, the content begins with Dead Presidents, then runs through Soul Hunter, The Good, the Bad and the Ugly, Deadpool vs S.H.I.E.L.D., The Wedding of Deadpool, Original Sin, Axis and All Good Things along with the asscociated Dracula’s Gauntlet. Alternatively there are four hardcover volumes of Deadpool by Posehn & Duggan, but those don’t include Dracula’s Gauntlet.