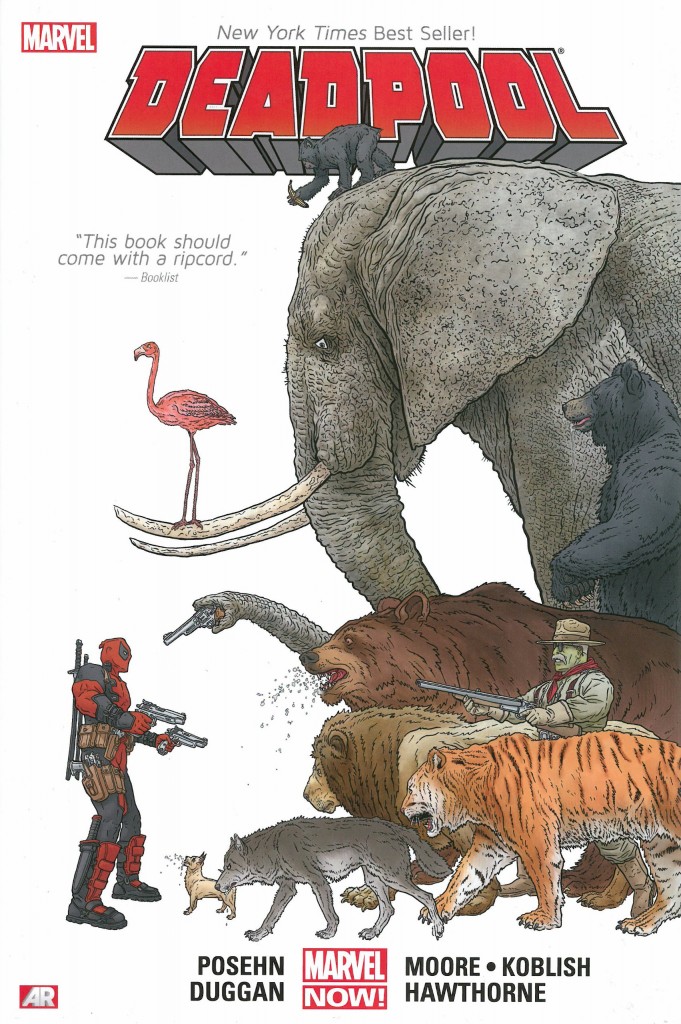 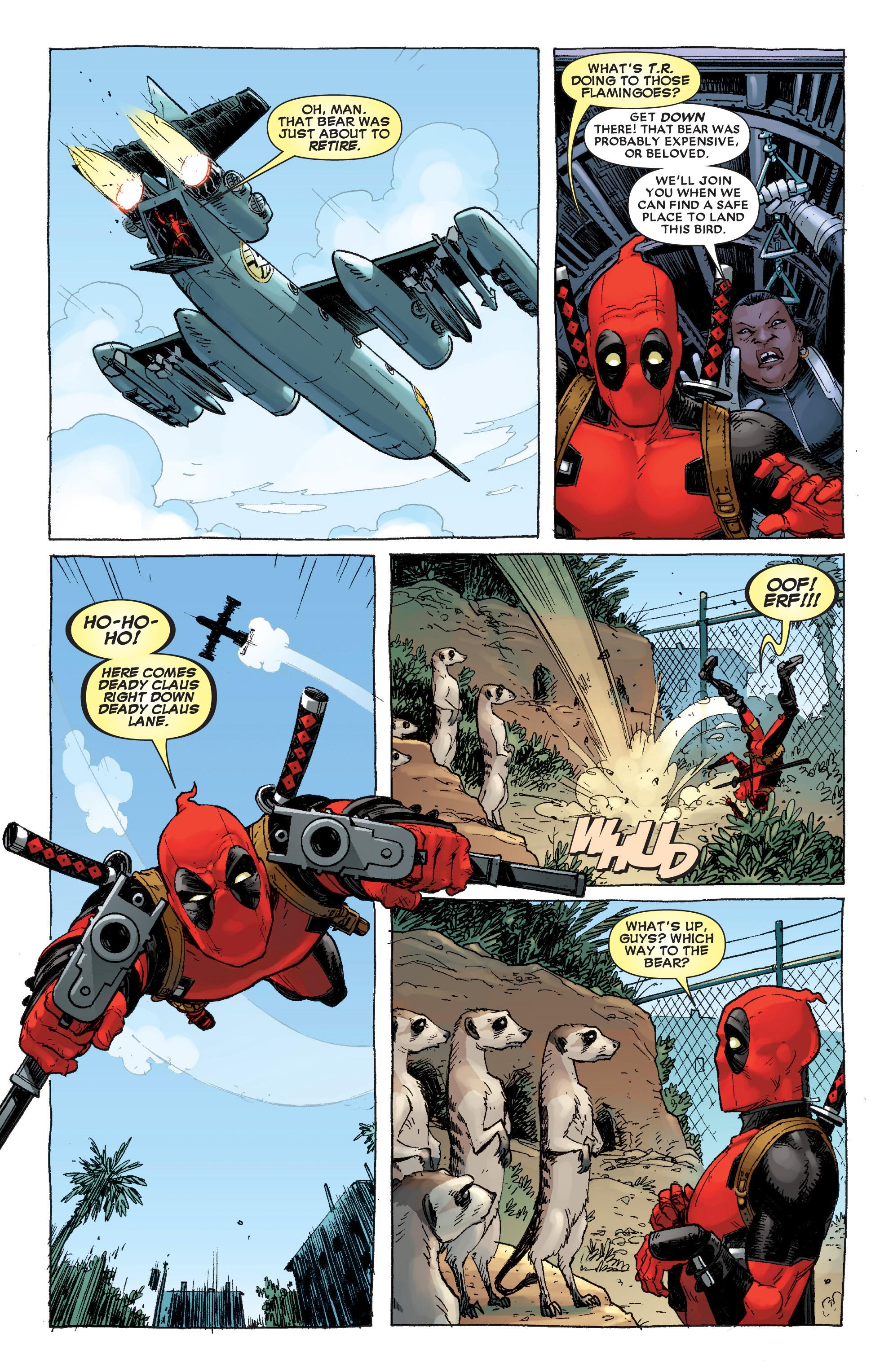 When Marvel rebooted Deadpool in 2012, the newly appointed writing team of Gerry Duggan and Brian Posehn had a difficult act to follow. In five years writing the previous incarnation Daniel Way had produced the most cohesive and varied Deadpool series in the character’s history. Not too far into this hardcover selection combining Dead Presidents and Soul Hunter your reaction will be “Daniel who?” No, that’s not entirely fair, but there’s no stage fright about Duggan and Posehn.

Their version of Deadpool is similar to Way’s in that he has the confusion and inner voice, the latter being considerably changed here, but isn’t incessantly running off at the mouth. There’s time to consider the comedy, to savour the quips, of which there are the prescribed quantity. The plots have a similar oddity to them, really off the wall, yet making perfect sense in context. The opener, for instance, sees a nefarious necromancer revive every US president currently among the deceased and has them rampage across the USA, not very pleased at what the country has become. They might have come from the grave, but it’s very difficult to return them there.

That’s followed by a story involving deals with the devil, those that have made them, what they’ve gained, and Deadpool’s problem in dealing with them. The supporting cast, conscience and restraining order of the series is Agent Preston of S.H.I.E.L.D., stuck with Deadpool in rather a more intimate manner than she’d like, while Deadpool is aghast at that organisation’s willingness to stiff him on the rather large fee he was expecting. His memory might be fractured, but not when it comes to that.

Tony Moore is the first series artist, and sets the tone for the remainder, illustrating an athletic Deadpool more often in motion than not, and frequently seen with his mask off, which is a gruesome innovation. Not as gruesome, however, some sequences testing Deadpool’s healing factor to the max, particularly those during a visit to the zoo. Mike Hawthorne follows Moore, and isn’t as good. He’s not an artist keen to illustrate any more than he has to, which leaves Deadpool sometimes seeming the only person in the city.

Scott Koblish also contributes art, and it’s his occasional pages that come to characterise the series. He illustrates Deadpool stories allegedly prepared in the past, but never printed, beginning with an issue from the 1980s. It’s a lot of fun.

Anyone on an unlimited budget sure they’re going to like what Duggan and Posehn do with Deadpool can also find this content along with the writers’ other work on the character as Deadpool by Posehn & Duggan Omnibus. 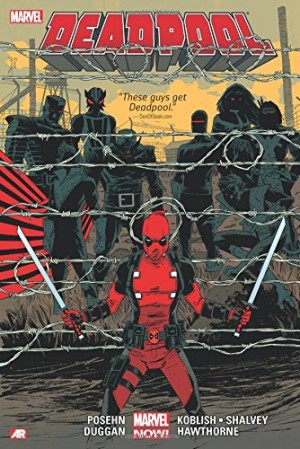 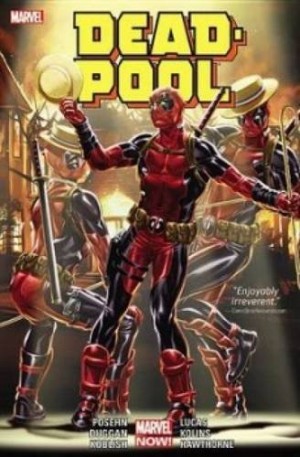 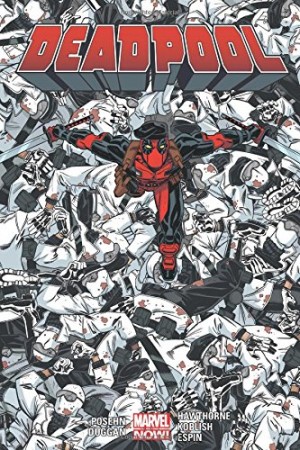