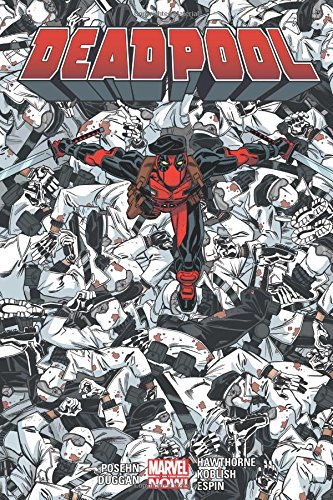 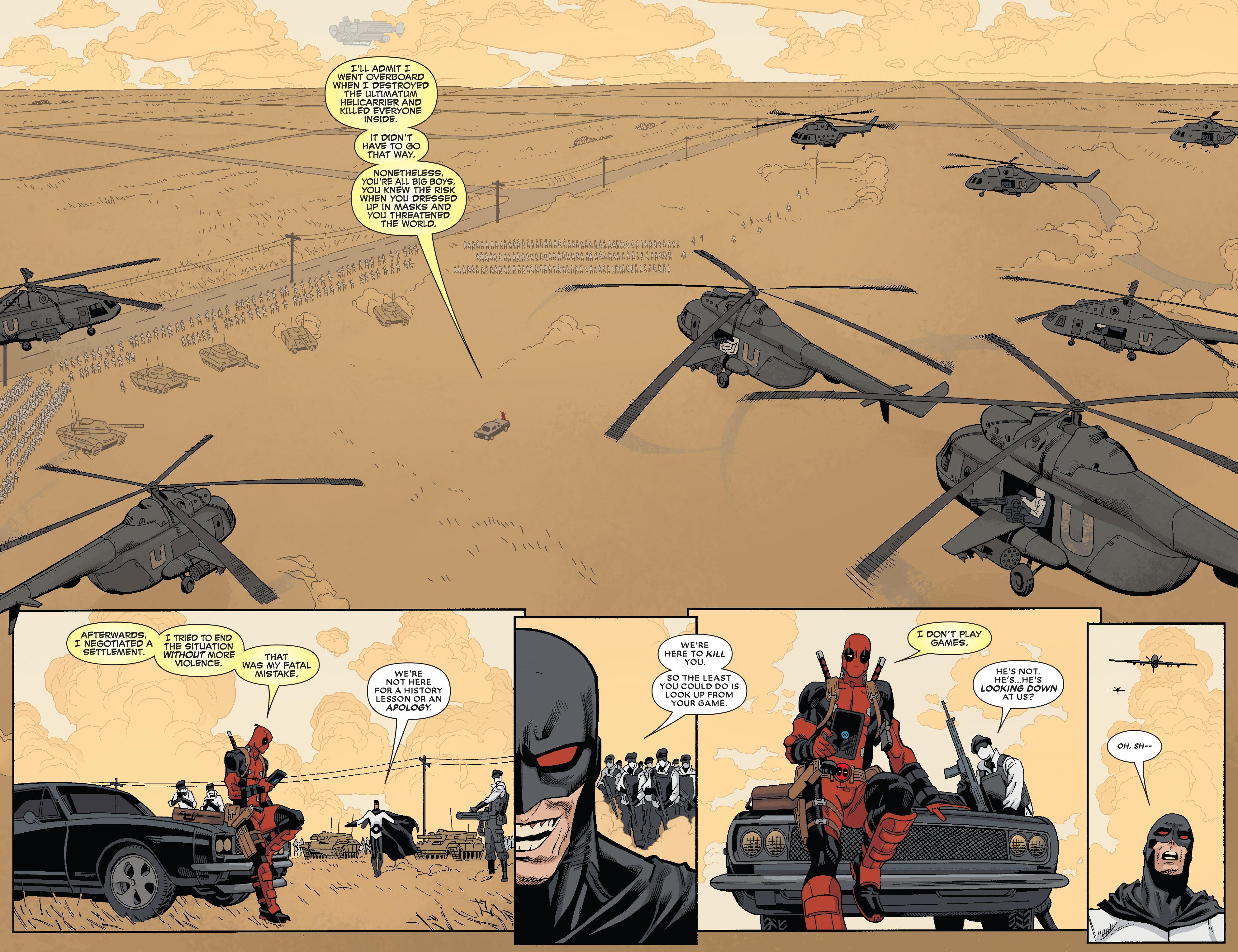 This hardcover concludes the Deadpool run written by Gerry Duggan and Brian Posehn between 2012 and 2015, although omits Dracula’s Gauntlet, issued separately from the series and only available as an individual book or as part of the prohibitively expensive Deadpool by Posehn & Duggan Omnibus. The previous collection dropped below the high standards of the series overall, but this selection pulls the content above average again. It’s a little unfair on Posehn and Duggan, actually, since the material would rank higher were it not for the work of other contributors, although the regular writing team become a little mired down on the final Deadpool roast sequence before pulling a rabbit out of the hat at the end.

Beyond that, Duggan and Posehn’s content splits broadly into four sections. A weakened Dracula’s method of getting back at Deadpool recycles some long unseen Marvel technology, after which the effects of Axis are felt. We now have a re-aligned Deadpool, attempting to seek a path that doesn’t involve violence. That’s followed by a suitably spectacular finale with an ill-advised mercenary assignment seguing into Deadpool dealing a decisive blow to Ultimatum, an organisation that’s plagued him throughout the series. It’s the gratuitous mayhem we really want to see. The remaining section is an educational comic in which Deadpool is hired to present a positive spin on the activities of Marvel’s all-purpose sinister corporation Roxxon. It’s a highlight of the book.

Scott Koblish draws the most whimsical material accentuating the comedy elements, while Salva Espin and Mike Hawthorne (sample art) cope with the remainder very well, not least because Hawthorne’s finally handed a story where it’s not possible for him to tell it without populating his backgrounds. Earlier in the book it’s business as usual for Hawthorne as New York appears to be the personal playground of Deadpool and whoever he’s with.

The other creators work on a selection of half a dozen short stories spotlighting the assorted members of the supporting cast over the run. None are poor, but only the contribution of Paul Scheer, Nick Giovanetti and Ty Templeton comes close to matching the hilarity and unpredictable quality of the A-team, in their tale of a dog provided by Deadpool to his daughter.

Some plots running through the series remain unresolved, but when the editorial instruction is to conclude with the end of the world that’s pretty well inevitable. Deadpool is re-booted beginning with Millionaire With a Mouth, but lacking Posehn’s participation.