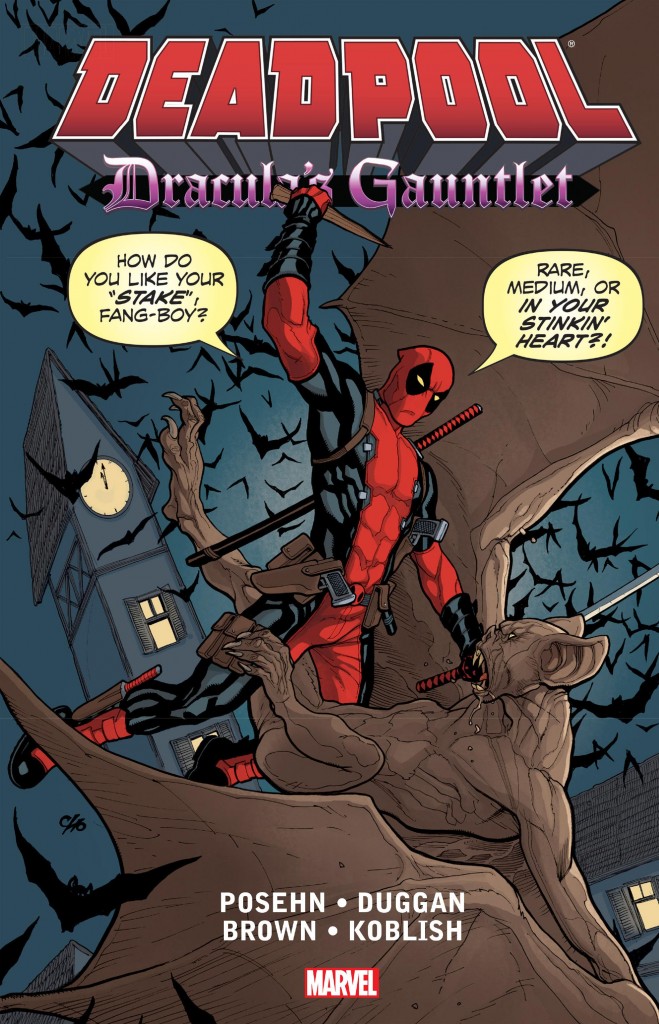 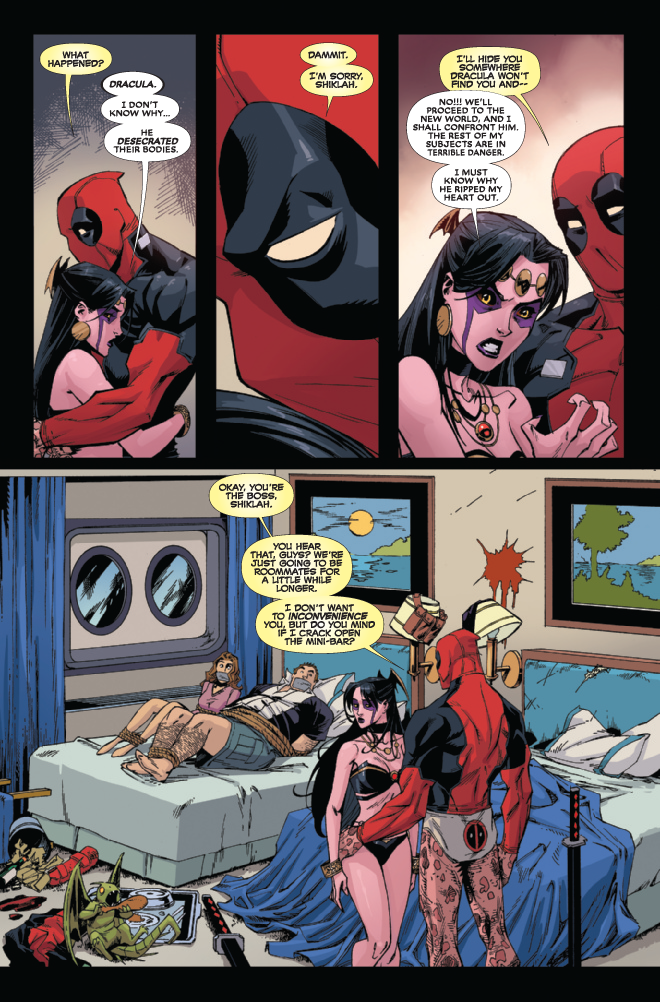 This is funny. Very funny. Very, very funny. Yes, that’s the point of Deadpool, and humour is subjective, but if you like the writing  approach of Gerry Duggan and Brian Posehn, this is as funny as it gets.

Seeing as he’s a mercenary, the idea is that people hire Deadpool if they want a messy job carried out. He’s had some strange missions in the past, but even by his standards being hired by Dracula counts as unusual. The Lord of the Undead’s problem is that there’s been a feud between assorted underworld factions, but were Dracula to marry a particular person the troubles would end. First, however, Deadpool must pass the job interview with the vampire. Duggan and Posehn pack Dracula’s Gauntlet with good quality jokes of that calibre, along with sending Deadpool up against a host of mythical and supernatural creatures. Ever seen a minotaur on a motor scooter before? Chasing a coffin? No, thought not.

Reilly Brown is an excellent artist for Deadpool. He provides all the background detail to convince with the story, suitably savage vampires and monsters, and great funny moments. Brown has previous experience of Deadpool, and during that time he co-created Hydra Bob, not seen for some while, but back here in all his cowardly incompetence.

Duggan and Posehn really pull this story all over the place, yet it never loses touch with the core. Deadpool jaunts around the world in the company of Shiklah, Dracula’s bride to be, as supernatural mixes with super science and demons fight armoured warriors. Blade turns up, and so does Modok, the Thunderbolts and Werewolf by Night, after which there are muppet vampires to contend with. For those moments when Deadpool finds himself slightly out of his depth Shiklah’s more than capable, and as their adventure continues it seems Deadpool has found a soulmate.

Beginning with Dead Presidents, the writers put together an excellent run on Deadpool, and Dracula’s Gauntlet matches the best of it, surprising at every turn, and there are dozens of laugh out loud moments, not least Modok on a forklift. And it also works really well as a digital comic. Although published afterwards, this leads into The Wedding of Deadpool, and is also available with the entirety of Duggan and Posehn’s run in the hardcover Deadpool by Posehn & Duggan Omnibus.