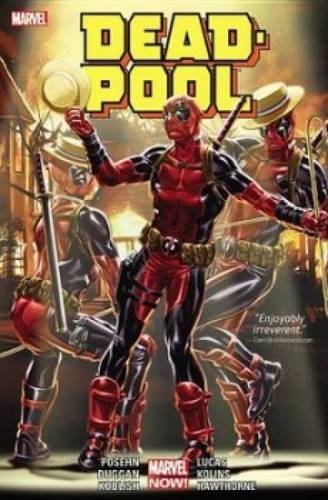 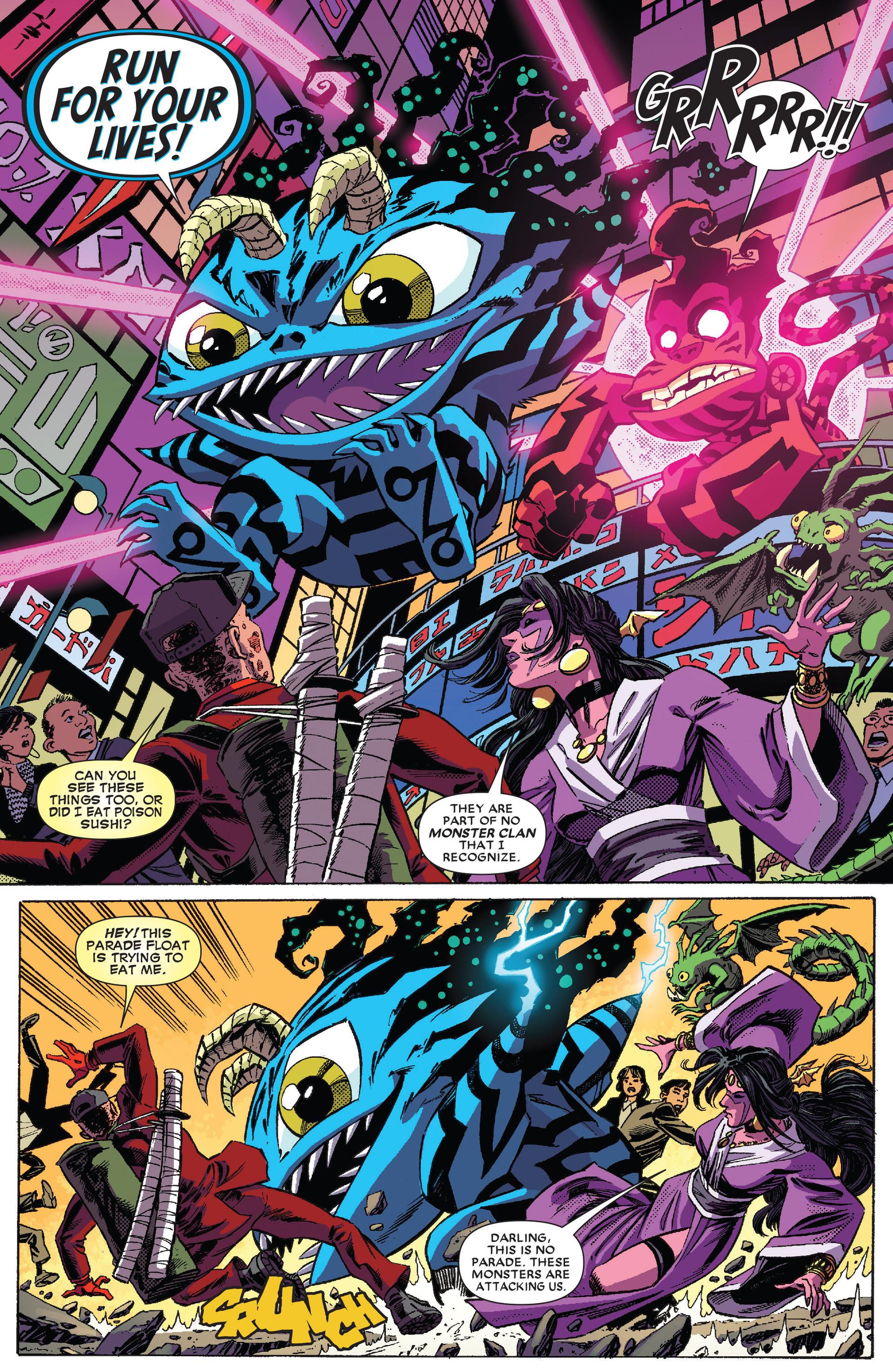 This hardcover collects another two volumes of the thoroughly entertaining eight volume Deadpool series written by Gerry Duggan and Brian Posehn, although this is the weakest selection overall.

The marquee feature is The Wedding of Deadpool, with the bride initially kept a mystery, although when revealed, as might be expected, she’s a woman well able to handle almost anything thrown at her. A later graphic novel by Duggan and Posehn, Dracula’s Gauntlet, explains the circumstances of their meeting, but it’s not included in this series. It is among the content of the oversize hardcover Deadpool by Posehn & Duggan Omnibus, which collects the entire series. The wedding and introduction of a new character to the series initially works well, but beyond they become rather lost and the feeling comes across that the writers have no real purpose for the bride beyond the specific story.

Despite the indicia, if not the cover, crediting this as the work of Duggan and Posehn, almost a dozen other writers are involved, most having previous written Deadpool, and contributing stories of his previous weddings. There’s a great variance of tone, and one or two come across as barely plotted from panel to panel, with smart comments the be all and end all.

The second paperback volume incorporated here is Original Sin, which wisely ignores the crossover after which it’s titled. Despite the wisdom of this it’s still sub-par as one of the rare occasions when Duggan and Posehn’s storytelling instincts fail them and they drag matters on far too long.

Despite being the weakest content over four volumes, in contradictory fashion Vol 3 includes one of the best tales of the entire run, with Deadpool and bride in Tokyo on their honeymoon attacked by Pokemon style avatars. These are brilliantly realised by Scott Koblish (sample page), the artist also responsible for the hilarious glimpses back into Deadpool’s past. Elsewhere John Lucas is a decent cartoonist, but his style sticks out like a sore thumb in relation to the remainder of the art, and Mike Hawthorne delivers the actual wedding, for once not able to avoid drawing people into his backgrounds.

As a marker of how good the writers can be, the final story here is another flashback, this time to the artistic distortions of Marvel’s comics in the early 1990s. Koblish aping that grim style is no better than it was at the time, yet within the context of that Duggan and Posehn write a horrific and tragic story.

So, overall, not as good as any of the other three hardbacks, but with a couple of classic Deadpool stories no-one should miss. What to do, what to do?