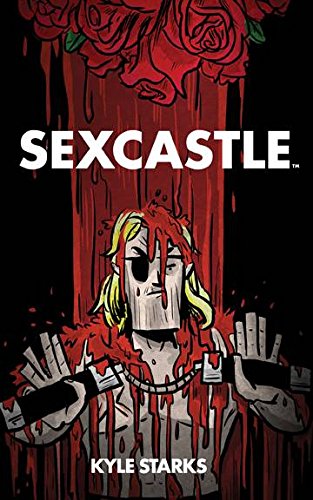 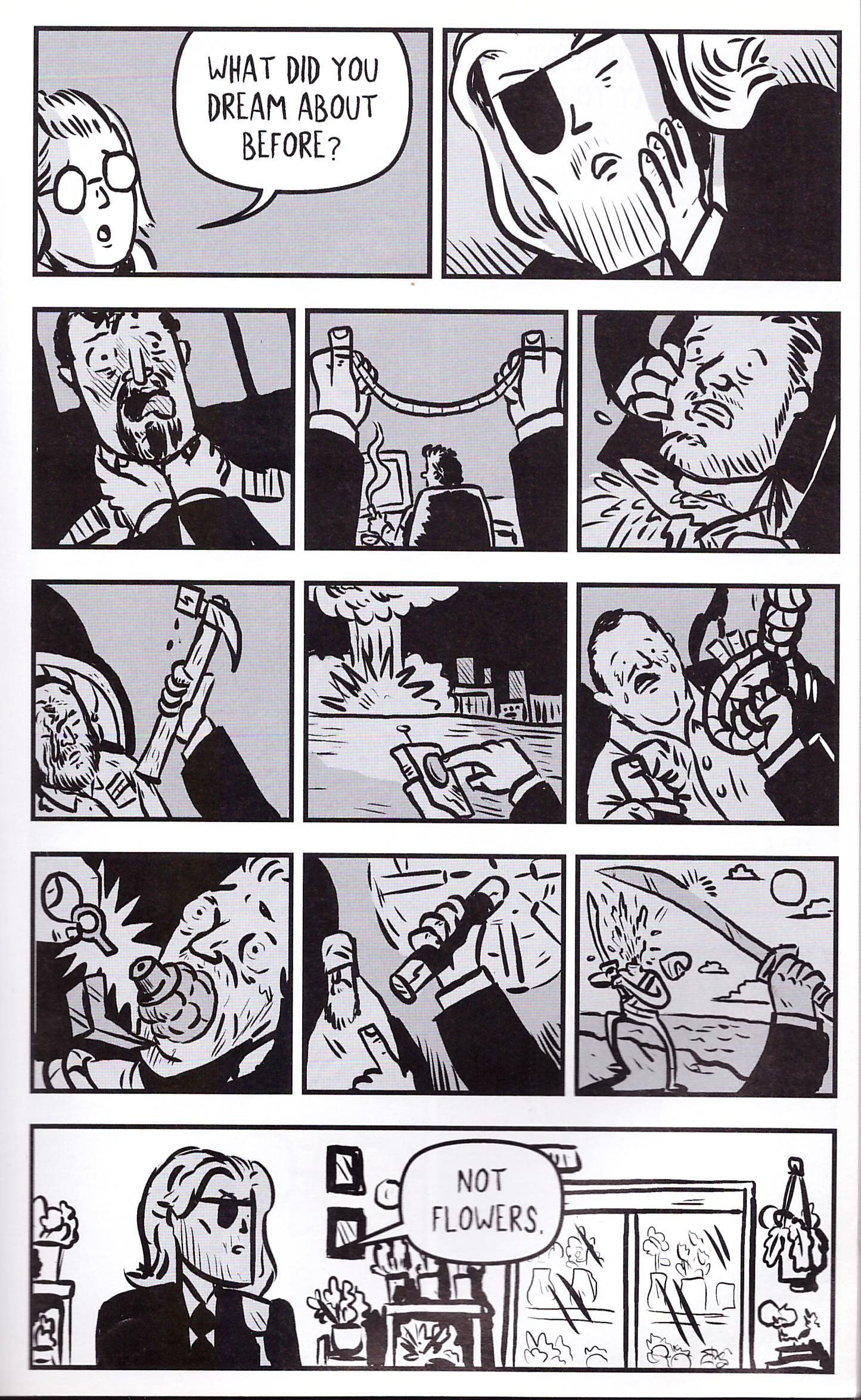 All too often creators view the graphic novel as a storyboard to be plonked in front of their agent for passing to whichever producer is Hollywood hot this fifteen minutes, with the misguided view of that as somehow worthwhile. They should take a look at Sexcastle, from which love of movies seeps. Kyle Starks has created a graphic novel that’s part loving homage and part comedy action thriller, one that’s cinematic enough for you to hear the orchestrated soundtrack as you read.

Shane Sexcastle is deliberately given a ridiculous name. C’mon, can’t you just hear it being announced in the bass voiceover that accompanied all Hollywood action films from the 1980s? Sexacastle is the bad-ass that all other bad-asses look up to. He’s done his bit for the President and served his time for killing the Vice-President, and while in jail has concluded he wants to be a different person. We all know how that’s going to go, and so it proceeds with trouble turning up within an hour of Sexcastle walking free. Starks is toying with genre clichés and never truly transcends them, but along the way delivers one hell of a joy ride. His symbolism works well, with Sexcastle burying a box with the world’s deadliest weapon at the beginning, and the tough guy dialogue is memorable. “You bought a you to a me fight”, “trouble does my laundry”, and “I’m going to put so many holes in you that when the wind blows it’ll whistle Stairway to Heaven”. This stuff is great.

Having worked his way through Clint Eastwood’s loner tropes, Starks next turns his pen to Hong Kong action movies as the undefeatable threats arrive, employed by the town’s arch-Kingpin. These are all recognisable cinema characters or archetypes, all funny, and what’s to be really admired is how dextrously Starks has already set up the help Sexcastle needs to deal with them. That’s not the only element well set up, as few things mentioned in the early pages fail to pay off later. There’s even a cinematic reason our hero’s named Shane.

Starks has a functional energetic method when it comes to his art, never straying too far from three tiers except when rapid action requires a page full of small panels to properly convey the fast-moving rhythm. It’s functional cartooning rather than brilliance, and doesn’t match his writing, but at no stage does it ever bring the story down.

The Wayans brothers have spent almost a century of their joint careers attempting make a parody homage as good as Sexcastle, so the least you can do is take a look.