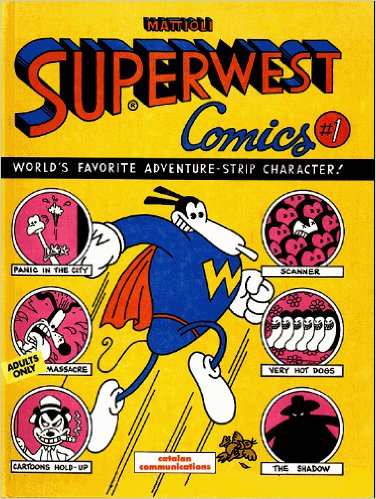 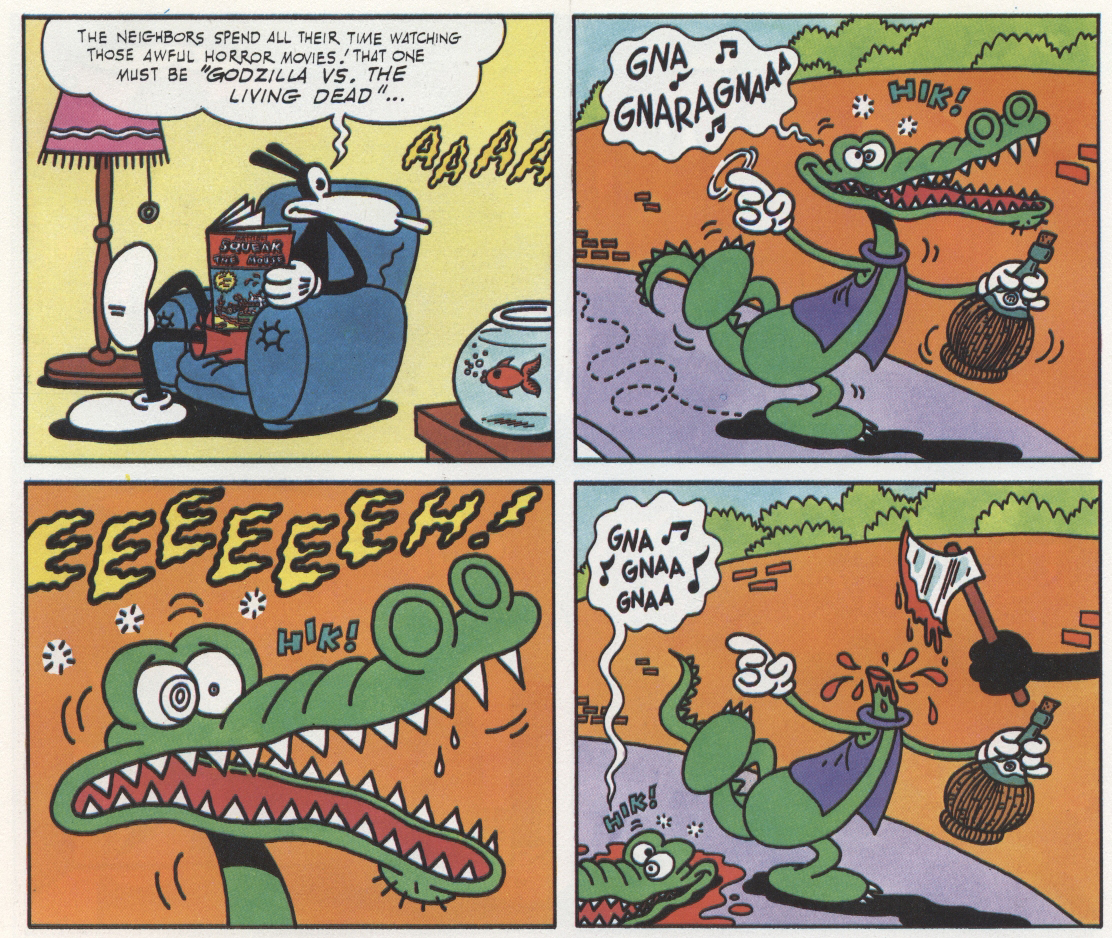 Massimo Mattioli is not one of Italy’s most prolific cartoonists, but he is certainly one of the most accomplished, aping numerous animation styles in his many satirical strips, such as Squeak the Mouse. After founding Il Cannibale, an Underground comic magazine, in which many of his strips appeared, in the 1980s Mattioli turned his attention to parodies of wholesome children’s comics and animation, creating his own funny animal superhero, Superwest. He’s pitted against a variety of absurdist villains, including the Shadow who can be defeated by a light bulb, in a series of pithy short stories.

The cover of Superwest Comics Vol 1 echoes early issues of superhero comics, specifically Superman, with its tilted logo and multiple inserts. The bold, jarring use of colour also harks back to the simplistic colouring of early comics, using mainly primary tones. Mattioli’s style here is very polished in places, using funny animal characters in place of humans to poke fun at a period in comic history that often parodied itself unwittingly in any case. The ludicrous coincidences and ease with which things descend into violence in the stories is only extrapolating a little way from some of the material being satirised although there is, of course, a much darker edge. Before being defeated by a lightbulb the Shadow casually hacks off a prostitute’s head, murders a drunken crocodile and dismembers a little girl with a chainsaw in an effort to attract Superwest’s attention.

Superwest is intended as an embodiment of Western, first world concerns, a bulbous bodied, spindly legged super human who battles some ridiculous foes in a series of short stories. It has a slick surface, but contains many shocking, often pornographic images. These swift, brutal tales suit Mattioli’s storytelling more than a sustained narrative does. Full of slapstick humour, they are pointed and sharply written.