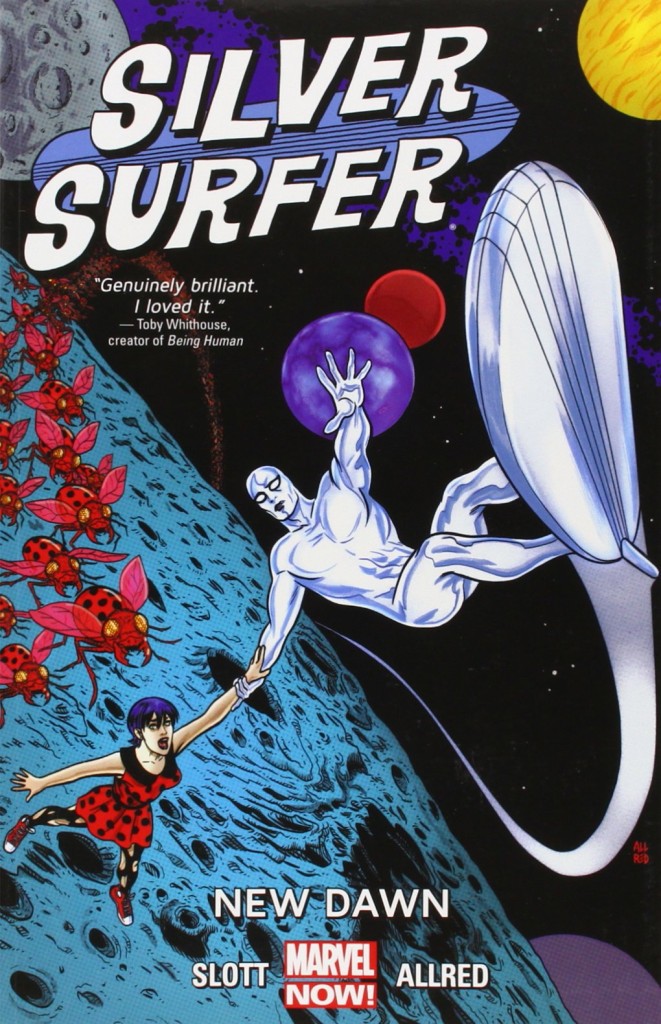 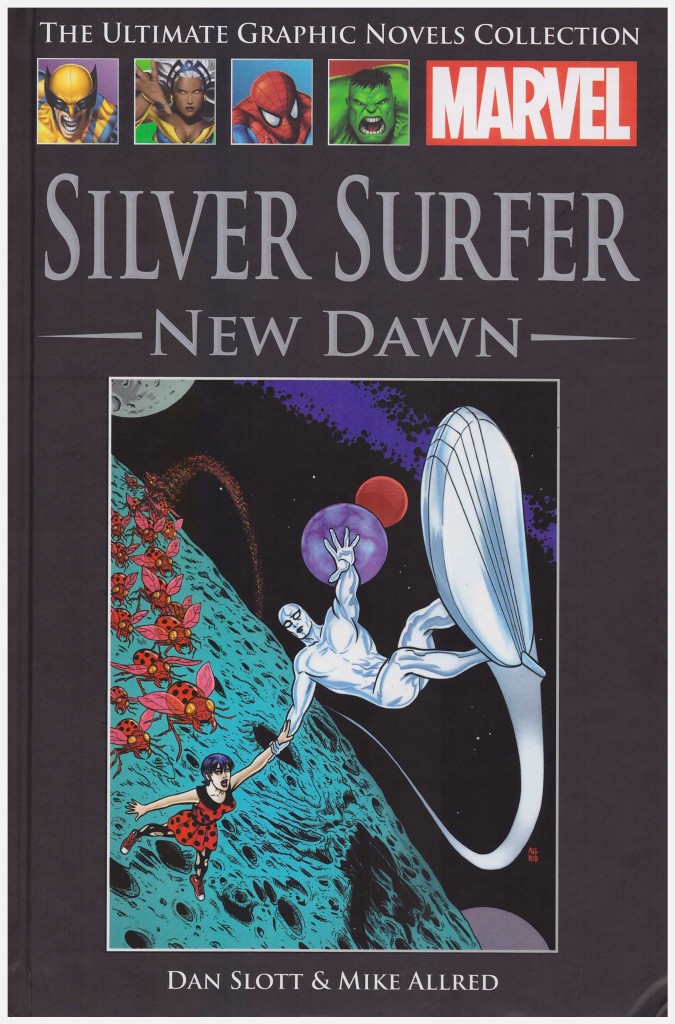 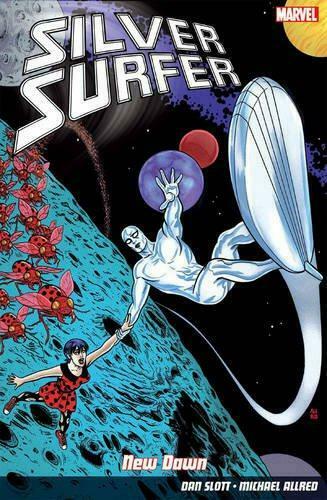 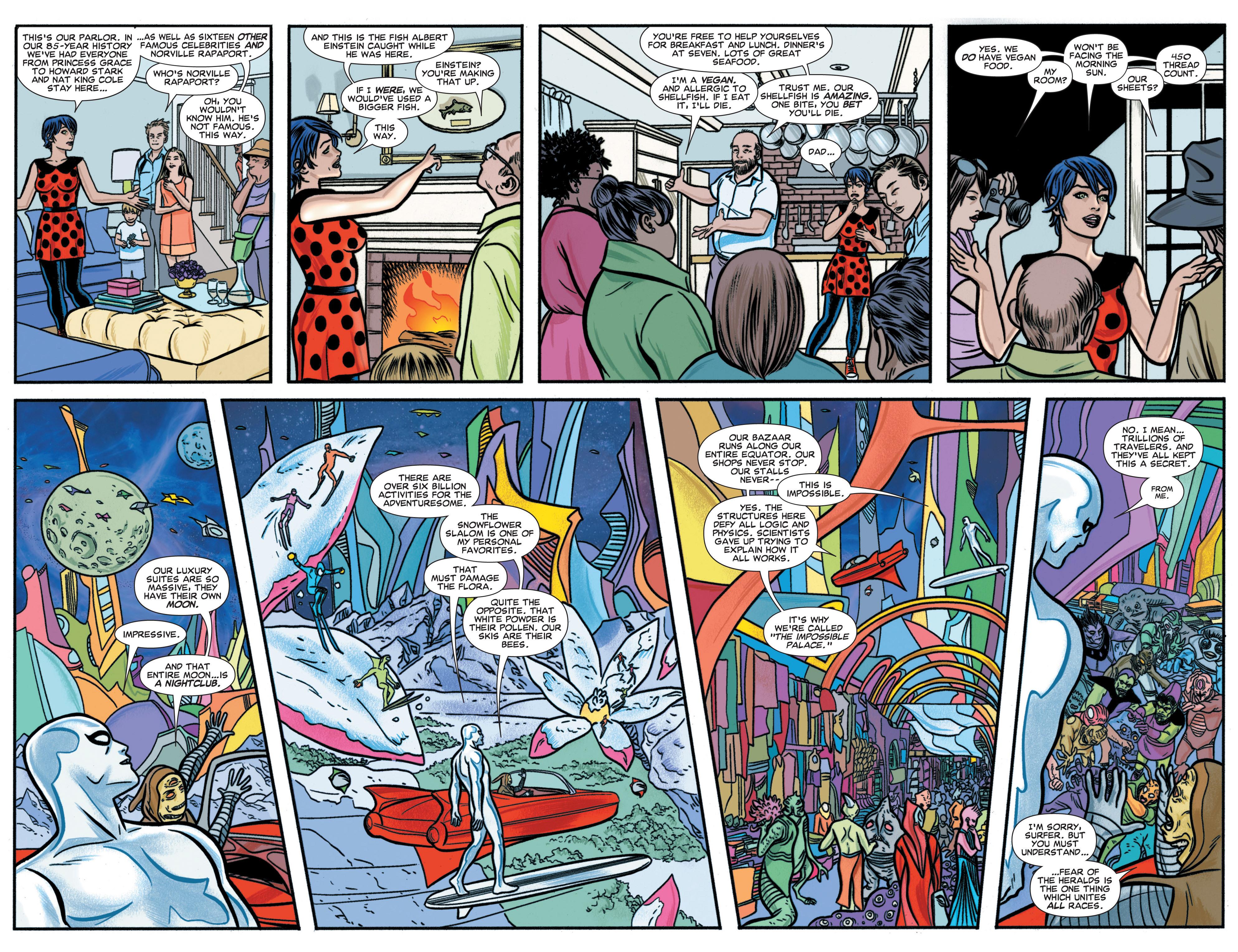 Marvel have for years had a problem with the Silver Surfer. By keeping him true to his 1960s roots they keep an ever-diminishing group of potential purchasers content, but that simultaneously prevents the character cultivating a contemporary audience. It’s very much a Catch 22 situation, and never moving on from his miserable self-reflection has hindered progress. Yet the visual appeal, that of the solitary specimen of polished physical perfection soaring through the stars, requires the self-reflective captions. If the former Norrin Radd has no-one with which to speak, his own thoughts remain the only narrative, however priggishly pompous they may sometimes be in the hands of poor writers.

Dan Slott solves that problem at a stroke by providing company with whom the Surfer interacts. This is Earth woman Dawn Greenwood. Her full wonder comes later, as her mundane circumstances first seem a little too indulgent in presenting the opposite of the Surfer’s wondrous existence. It has a greater purpose, however, and one that blossoms beautifully.

Michael Allred might not seem the ideal artist for the Silver Surfer, what with his lavish cartoon rather than illustrative style, but he is, and it takes only a few pages for that to sink in. He’s created enough eccentric aliens in his day, and has a fine sense of visual spectacle, in the first chapter alone sequencing from a giant Surfer to a version dwarfed by his surroundings. As ever his work is coloured by Laura Allred. She’s not afraid of bright colours, as many of her contemporaries appear to be, and it’s appealingly different to see the Surfer in a bright and vibrant world.

When she flourishes, Dawn proves to be a magnificent character. Her first interaction with the Surfer is random, a notion of representation, but her spirit and ingenuity rapidly characterise her as a force to be reckoned with. “Don’t worry Norrin, I’m Dawn Greenwood and I’m going to save you!” What Slott taps into is that humans have a perspective that the Surfer can never really appreciate given his own existence. At his most florid under other writers he’s expounded on the uniqueness of humanity, the resilience, but that’s been hollow soundbites. Slott proves why it’s the case, then undermines it a with a speech about how tedious the Surfer finds Earth culture having assimilated it entirely when trapped.

The main course was fine and the dessert’s also up to that standard as the Silver Surfer returns Dawn to Earth, first meeting the Guardians of the Galaxy, and following that by the old gang getting together again when Doctor Strange and the Hulk turn up. Both stories are miles from the traditional superhero team-up and all the better for it.

Plenty of adjectives have been used to describe the Silver Surfer over the years, most polysyllabic, but when was the last time anyone told you the character was fun? New Dawn is fun. A lot of fun. If you’d like you can leave with the last page, as this is a graphic novel with a beginning and an end, but why would you want to do that when another dose of fun awaits in Worlds Apart? 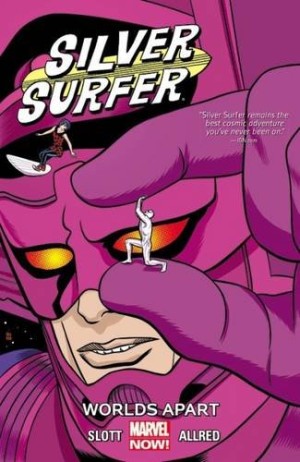 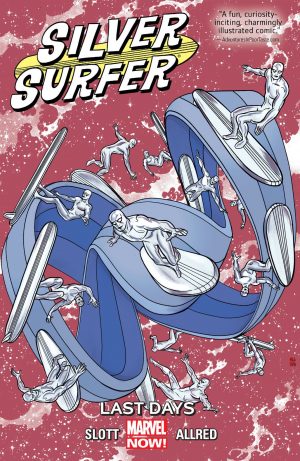 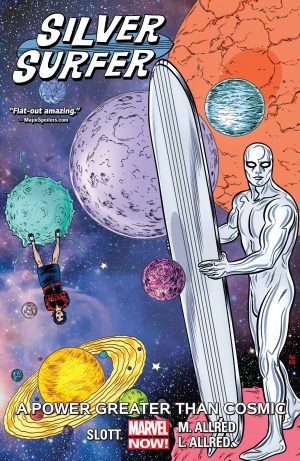