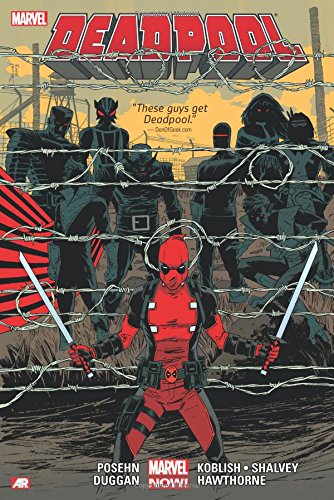 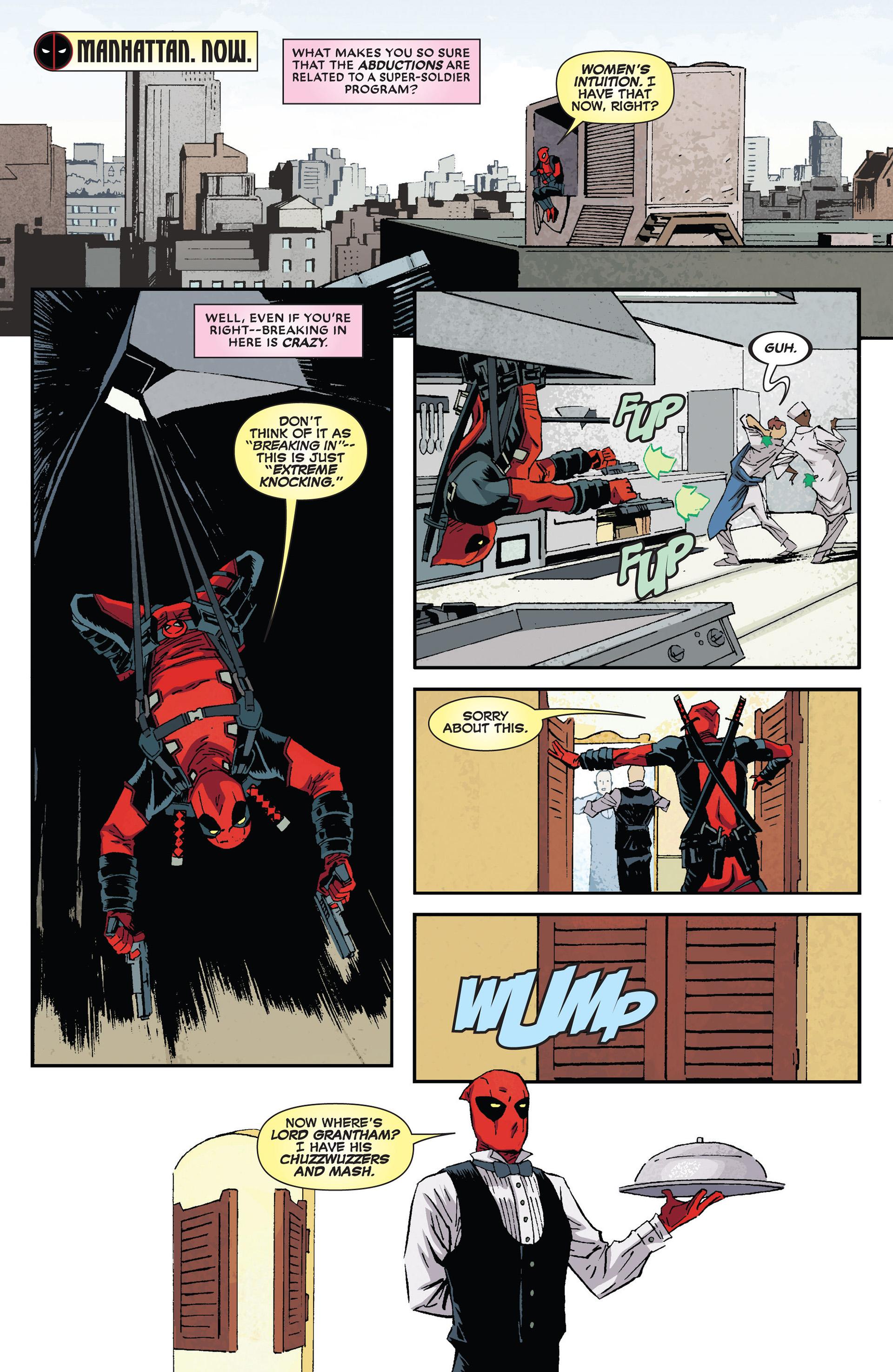 Deadpool was conceived as an irritation, and that’s the way he’s been played ever since, running off at the mouth and cracking wise while involved ever deeper in ridiculous situations. It’s quite the challenge, then, to present Deadpool in a bleak action thriller with horrific undertones, yet that’s exactly the mood of the best extended story to be found here.

Gerry Duggan and Brian Posehn touch not only on an unusual aspect of Deadpool’s past, but reveal a matter affecting him to the present day, involving a rogue geneticist once of the Weapon X project, now happy to be financed by North Korea. The writers involve Captain America and Wolverine, and cleverly change the mood from Deadpool’s default setting in the opening chapters before spiralling down into the horrific world of human experimentation. Until the story concludes, the tone remains consistent and presents some heartbreaking final pages.

That’s not what you read Deadpool for, though, is it? You want the Merc with the Mouth, laughing off gruesome injury as he sets about wrongdoers, and that’s what you get in the remainder of the book, in various shades. In volume one Deadpool took on a mission for S.H.I.E.L.D. and wasn’t paid, which rankles considerably. Rectifying this, however, could have been handled in slightly fewer chapters as the plot is stretched to snapping point. It does, however, draw a line under a problem Deadpool’s been having with another S.H.I.E.L.D. agent.

The funniest material is another faked Deadpool comic, purporting to originate in the 1970s. Deadpool, complete with Afro, teams with Power Man and Iron Fist in a hilarious pastiche of the era’s Blaxploitation movies. The idea of a present day sequel, using a 1970s hipster to comment on the modern era, doesn’t work as well, but also features plenty of laughs. A second trip to the past takes a shot at the astonishing designs and meandering plots of Jack Kirby’s 1970s work, but in loving fashion. In both instances artist Scott Koblish nails the period feel.

Declan Shalvey (sample page) is also excellent on the serious story, but the S.H.I.E.L.D. story is diminished by Mike Hawthorne’s disinclination to populate his backgrounds, his art otherwise very good.

This content is also available as two paperback books, The Good, the Bad and the Ugly and Deadpool vs S.H.I.E.L.D. Alternatively both are included with the entirety of Duggan and Posehn’s run in the oversize hardcover Deadpool by Posehn & Duggan Omnibus.