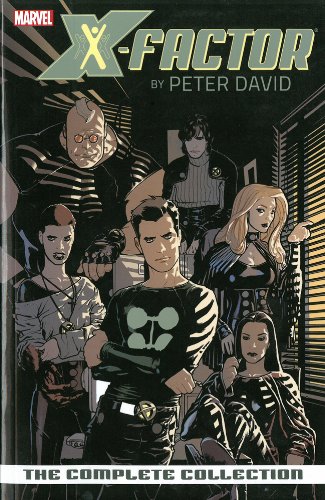 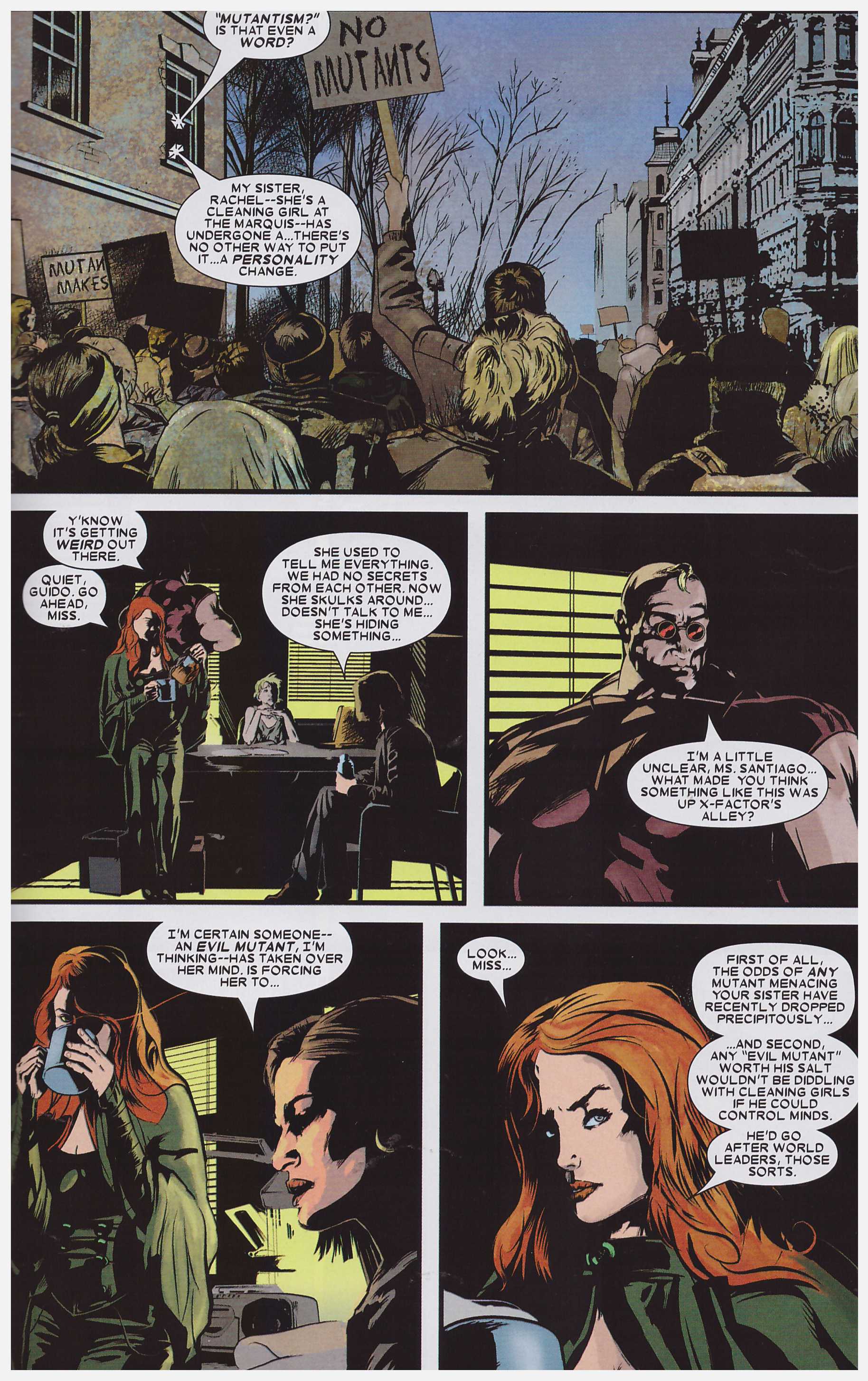 Peter David has spent three extended periods writing about X-Factor, on each occasion taking a different core approach. The most successful was this series starting in 2007, and using the term as a name for a detective agency specialising in cases involving mutants.

His central character is Jamie Madrox, the Multiple Man, so named because the slightest blow causes a duplicate of him to appear. Madrox might appear a daft character, but daft characters are all in the approach, and David takes this concept to create a rich and compelling portrayal offering plot opportunities unseen by previous writers. As an example, Madrox has an encylopedic knowledge acquired by having his duplicates experience life, then being re-absorbed. Later plots build on this in satisfying fashion.

This book begins with five chapters of a Madrox solo tale, which is slightly weaker than the remaining material. David’s quickfire dialogue is as sharp as it is throughout the series, but perhaps inevitably, the Multiple Man works best bouncing off companions. Pablo Raimondi is the first of a succession of European artists who’ll work on the series, and there’s barely one of them whose pages aren’t decorative, expressive, imaginative and dynamic. He’s back for volume two.

Once into the main X-Factor series David gathers the flotsam and jetsam of Marvel’s mutant community, again often characters in which only he can see the potential. He’s particularly good with Layla Miller, a cast-off from a crossover series, whose primary purpose here is for comedic purposes, annoying the remainder of the cast with her foreknowledge of events, often almost immediate. It’s a trick that works well in the short term, but once he began considering the possibilities, David develops her excellently.

We also have roles for David favourite Strong Guy, the arrogant and unlikeable but beautiful Monet, the now powerless Rictor, Banshee’s daughter Siryn and the insecure and deeply religious Wolfsbane. It’s a cast designed to aggravate each other, yet they function as a team when needed from the beginning, and each has some unpleasant surprises in store.

The first proper X-Factor sequence has an odd artistic approach with Dennis Calero and Ryan Sook and his far more refined style each illustrating pages of the same chapters. That, though, is preferable to the ever-rotating cast that follows. Calero sticks around, and we also have contributions from Renato Arlem, Roy Allen Martinez and Ariel Olivetti. None are poor, but greater consistency would have been preferable.

X-Factor is David in comedy drama mode, so those who prefer all-out action in their mutant titles may not find his clever plotting and characterisation to their taste, which would be a shame.

This book compiles what was originally released as Madrox: Multiple Choice, The Longest Night and Life and Death Matters.