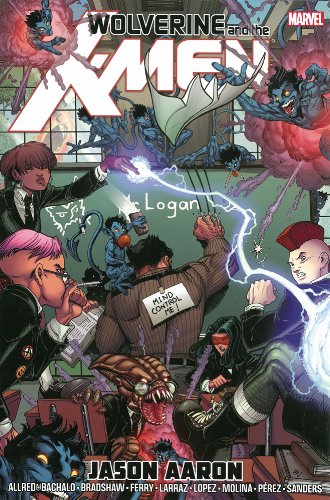 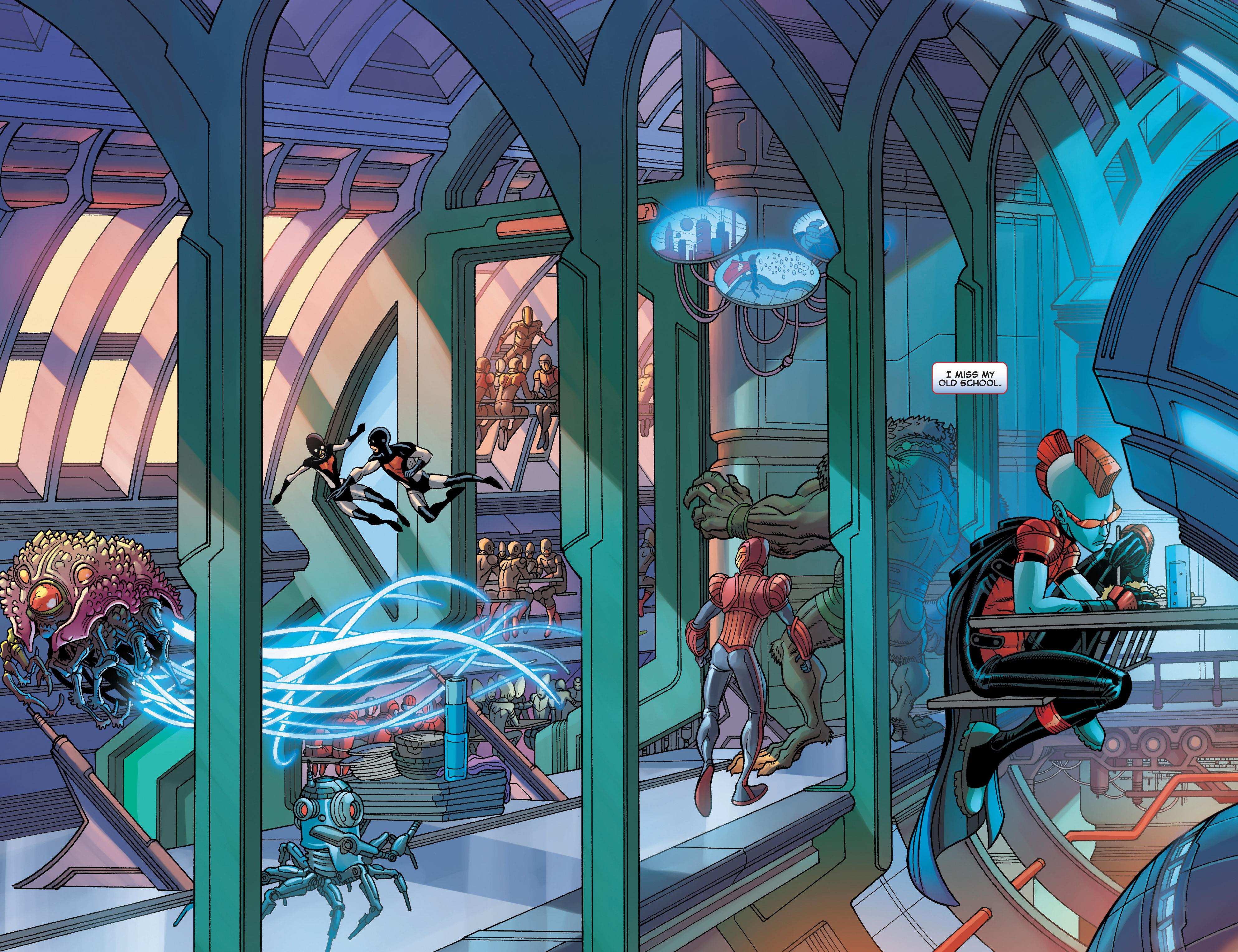 Jason Aaron’s take on Wolverine and other X-Men running a school for mutants was a highly regarded series from 2011, and doesn’t lack for vocal fans, hence this premium priced hardcover. It was issued an unashamed three months after the final of the eight paperback volumes it collects.

There’s a shaky rationale to the idea of Wolverine running a mutant Hogwarts called the Jean Grey School for Higher Learning, but it’s skimmed over, and by the time Chris Bachalo’s completed the first three chapters any thoughts of incongruity have been expunged by the sheer stunning quality of the art. There’s plenty more of it over the first half of the book. However, as well as the story of teenage mutants coming to terms with themselves, their powers and others, there’s an over-riding story running through this collection of Nick Bradshaw’s startling artistic development. His art starts very much in thrall to Art Adams, who’s an ambitions, if difficult inspiration, and Bradshaw falls short with awkward features and other mistakes. Comparing that with the artist who finishes the series with an outer space spectacle instantly displays his growth, and it’s visible almost from chapter to chapter. By the end he’s dropped clutter, worked on his figures and faces, and his always strong talent for laying out a page has developed further.

In terms of cast, Aaron has his favourites and sticks with them. Gambit may be listed as a school teacher, but he’s only ever seen in the backgrounds as others predominate, Kitty Pryde probably the most used. Sociopathic telepath Quentin Quire is the primary teenage focus, his fractious and provocative relationship with Wolverine well characterised, but he’s backed up with an interesting set of supporting players. The self-loathing Idie transfers from Generation Hope, Kid Gladiator is a near-invulnerable violence obsessed alien, and Broo is an uncharacteristic representative of his savage race, the Brood.

With the exception of intrusive chapters from the sprawling Avengers vs X-Men, admittedly occupying a quarter of the original paperbacks, Aaron is spared crossovers, so is largely free to develop his own plots. Wolverine is required in several other titles, so despite his name being part of the masthead, Aaron occasionally does without him altogether. Those who want the feral Wolverine barely in control that Aaron’s written elsewhere will have to be content with elsewhere. While not a cuddly revisionist version of the character, the Wolverine seen here very rarely cuts loose, and only one plot emphasises his past, this well worked. Sabretooth is seen several times, only to shuffle off again to little purpose, and his one big moment in the spotlight is not facing Wolverine.

The threat running almost the whole way through the book is that of Kade Kilgore, twelve year old psychopathic genius. Credible to begin with, surrounding him with others of similar age and outlook is a mistake, as is stringing on his plot for so long. When it’s finally resolved he’s descended into caricature, there’s little logic to his methods, and the finale requires a twist and a change of motivation too far.

While never dropping to poor, this incarnation of Wolverine and the X-Men chugs along nicely for a while, then suddenly dips, while the wonderful art from Bachalo and Bradshaw compensates, and there’s nothing substandard from the supporting cast. The expense of this presentation is a format of choice, but in terms of story content, as it’s variable, those on a limited budget are advised to select the best paperbacks from the run. More detailed individual reviews can be located starting with volume 1.