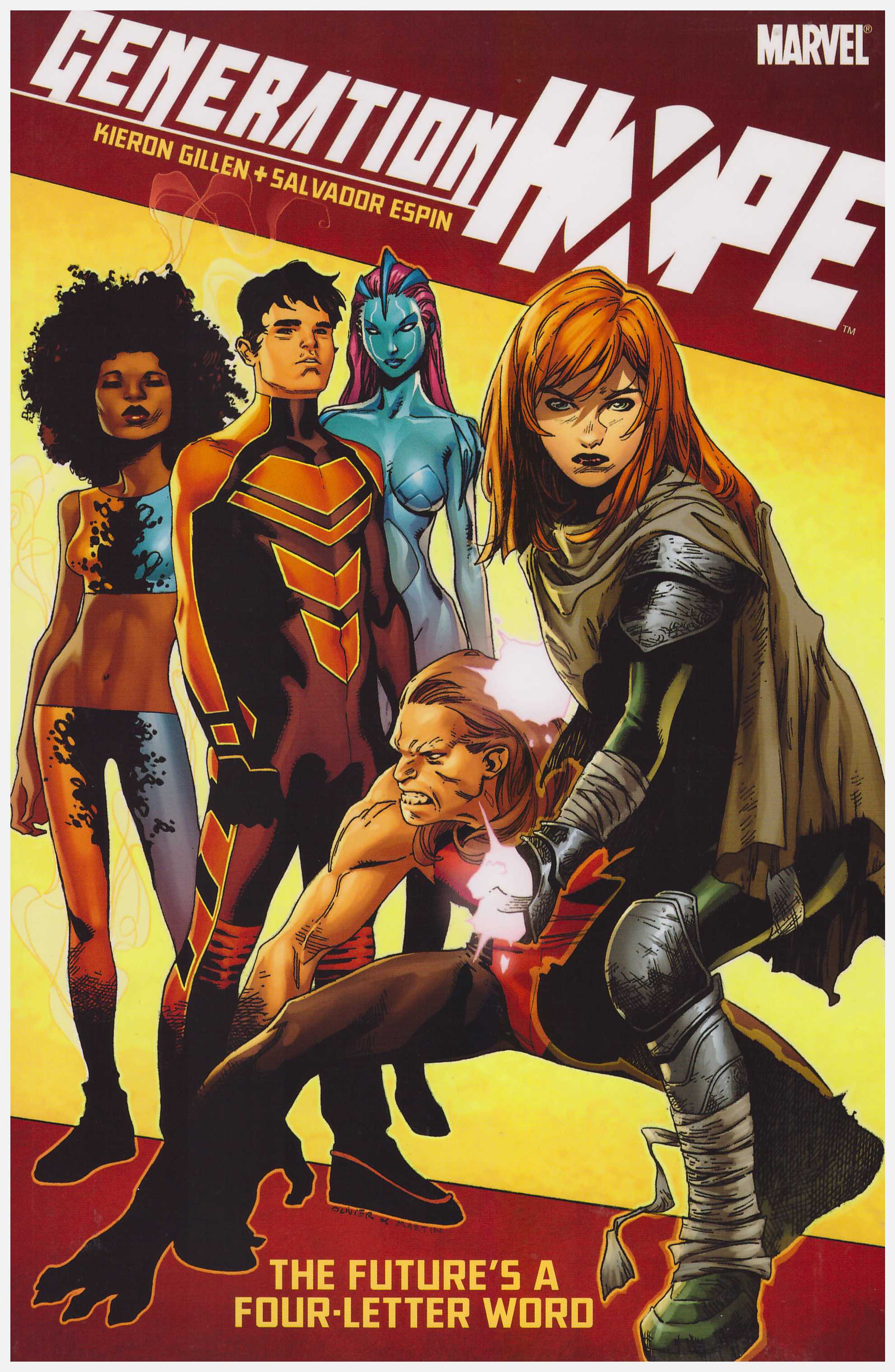 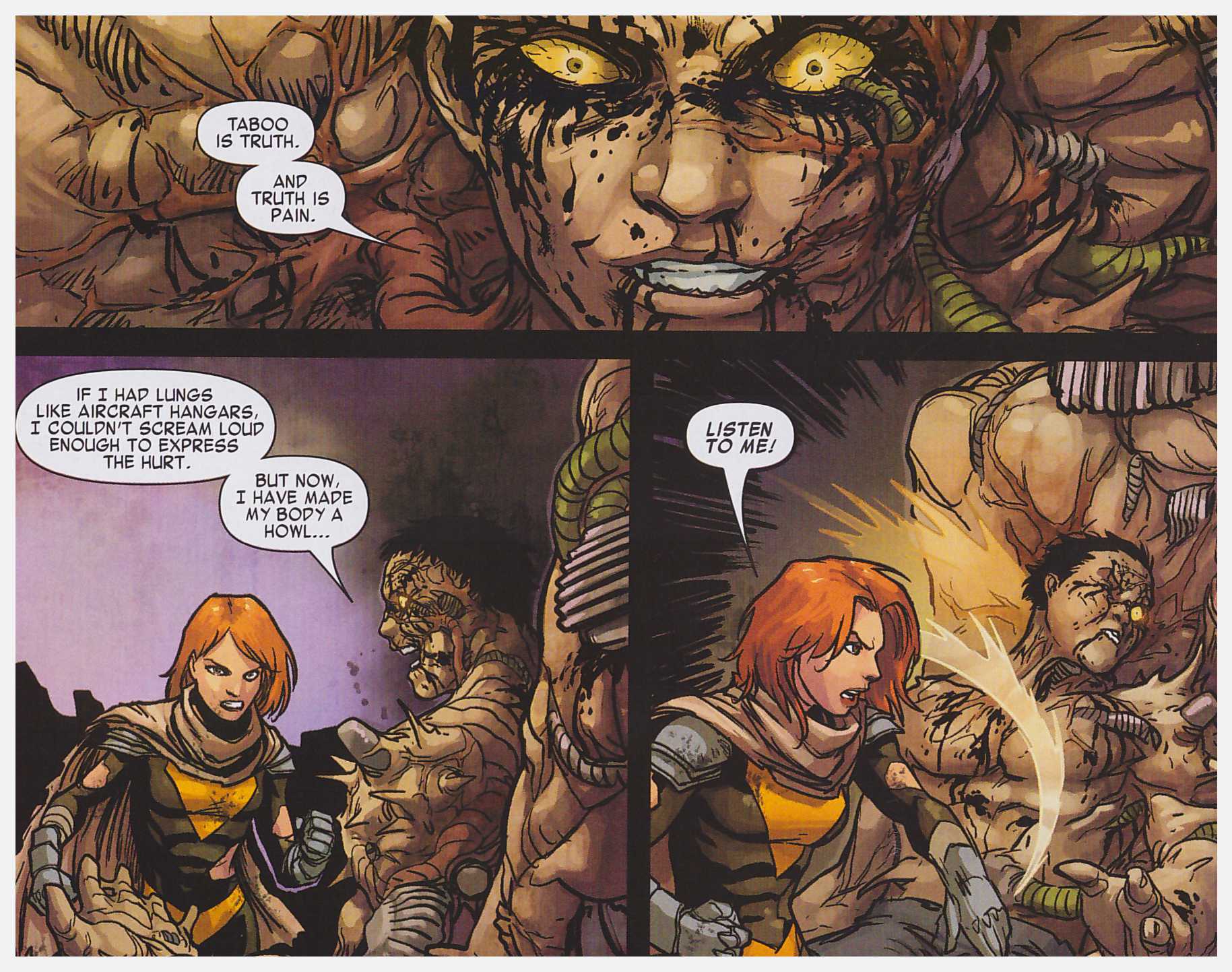 At this period in Marvel’s convoluted X-Men history, the manifestation of any new mutants had ceased and the abilities of most existing mutants had been erased. Raised in the future, Hope Summers was deposited into contemporary continuity as a teenager and while the connection was uncertain, it appeared her presence prompted a few teenagers to develop mutant abilities once they hit puberty. X-Men: The Birth of Generation Hope details their gathering, with this title’s writer Kieron Gillen uncredited there for co-creating the team with Matt Fraction.

A primary element of Hope is the contradictory associations connected with her name and presence. Vague predictions cast her alternatively as a messiah who’ll usher in a glorious era for mutants, or as a mutant anti-christ who’ll have a devastating effect on the mutant community. Despite the anticipatory weight on her shoulders, Hope is confident, resourceful and independent, determined to forge her own path rather than be shackled by expectation. Her talents are never really codified here. She can manipulate the mutant abilities of others, mimic those powers if she’s nearby, and most importantly for the cast of Generation Hope she’s able to accelerate the process of their powers developing.

She prevented Laurie killing herself and jump-started her transformation into a blue flying woman. Velocidad runs so fast he’s invisible, the Nigerian Idie was about to be burned as a witch due to manifesting fire and ice related powers, and the feral Teon seemingly lacks human reasoning and intelligence, but manifests a loyalty to Hope.

Much of this book is concerned with the recruitment of the team’s final member. Kenji Uedo is a Japanese artist, and his is a spectacularly gruesome progression. The most noteworthy ideas during the introductory three chapter superhero battle are all Gillen’s homage to Akira. While there’s a considerable threat, there’s also the all-pervading stench of padding. Salva Espin, here credited as Salvador, turns out gloomy and stylised art with a slight manga influence, seemingly a deliberate choice to prove this isn’t your father’s team of new mutants.

The final chapters are far more representative of what would follow. Kenji’s a complex character for whom art is life, and it would seem he possesses both depressive and psychotic tendencies, which are a dangerous combination with his abilities to generate vast living fleshy and metal growths from his own body. Gillen has fun pricking the pomposity of installation art, the sardonic Dr Nemesis assesses the remainder of the team with surprising results, and Hope grasps her destiny. Along the way she gives Professor X a dressing down. Artist Jamie McKelvie is on board for that. Yes, he has previous with Gillen, but his clear animation-influenced style differs greatly from Espin’s free-form grubbiness, so he’s an odd choice.

Generation Hope improves in Schism, but The Future’s a Four Letter Word is only recommended to those compelled to own an entire series. 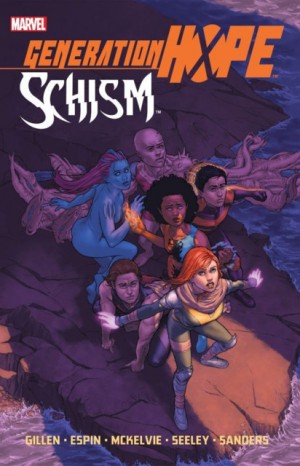 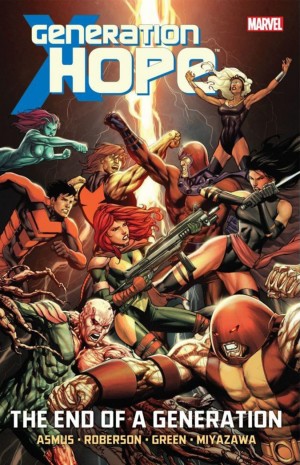