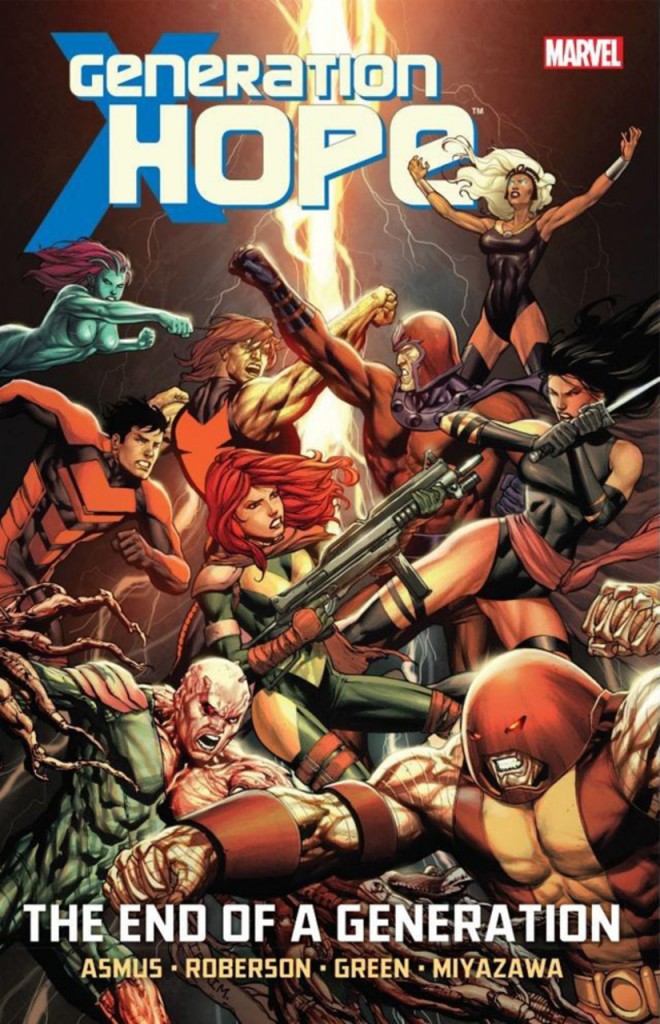 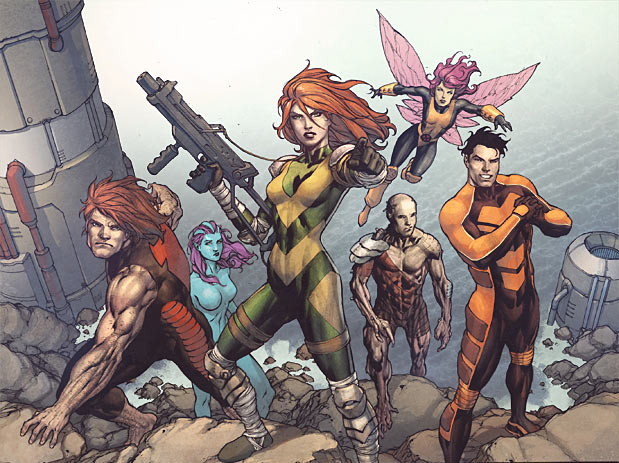 By the time new writer James Asmus arrived for this volume sales on Generation Hope were poor, and plans for the use of Hope Summers in Avengers vs X-Men simply eclipsed this title. The constant change of artists can’t have helped, and that problem continues in The End of a Generation, with Ibraim Roberson and Takeshi Miyazawa delivering decent superhero art, and Tim Green II ghastly distortions.

Asmus slots in surprisingly well. His imagination and facility for plotting doesn’t match that supplied by former writer Kieron Gillen, but Asmus does have ideas about the progression of the cast, with an interesting take on Velocidad, who began as a teenage irritant, but who’s matured as the series progressed. There’s a cost to using his powers, and there seems to be little concern among his team-mates. Unfortunately, though, this becomes rather lost in the plot that follows. He’s not the only one of the Five Lights unhappy with Hope, and this festering discontent is allied to feelings that she’s been manipulating the team.

Central to this is Kenji. He’s included in being afflicted by the jumping teenage hormones integral to the opening chapter where the team decamp to Pakistan to rescue a newly manifested mutant. He turns out to be rather a surprise, driving a wedge between Hope, who doesn’t know him, and the established X-Men, who do. The X-Men and other residents of Utopia play a larger part in this volume than they have previously, with the dislike Emma Frost has for Hope manifesting directly.

The conclusion is disappointing. It’s a logical progression of plot, but leaves one cast member unfit for future use, which is rather a waste. Hope Summers progresses to play out her destiny in the pages of Avengers vs X-Men and its myraid tie-ins, and few of the remaining cast have been seen since.