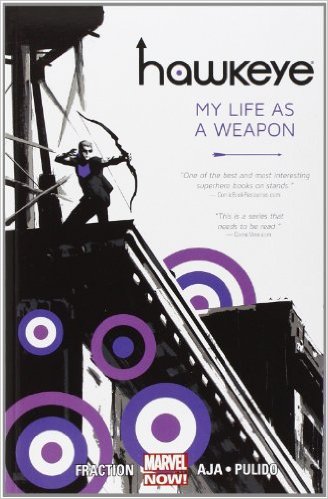 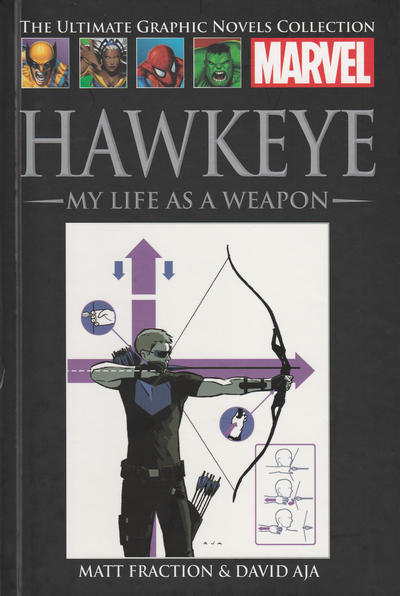 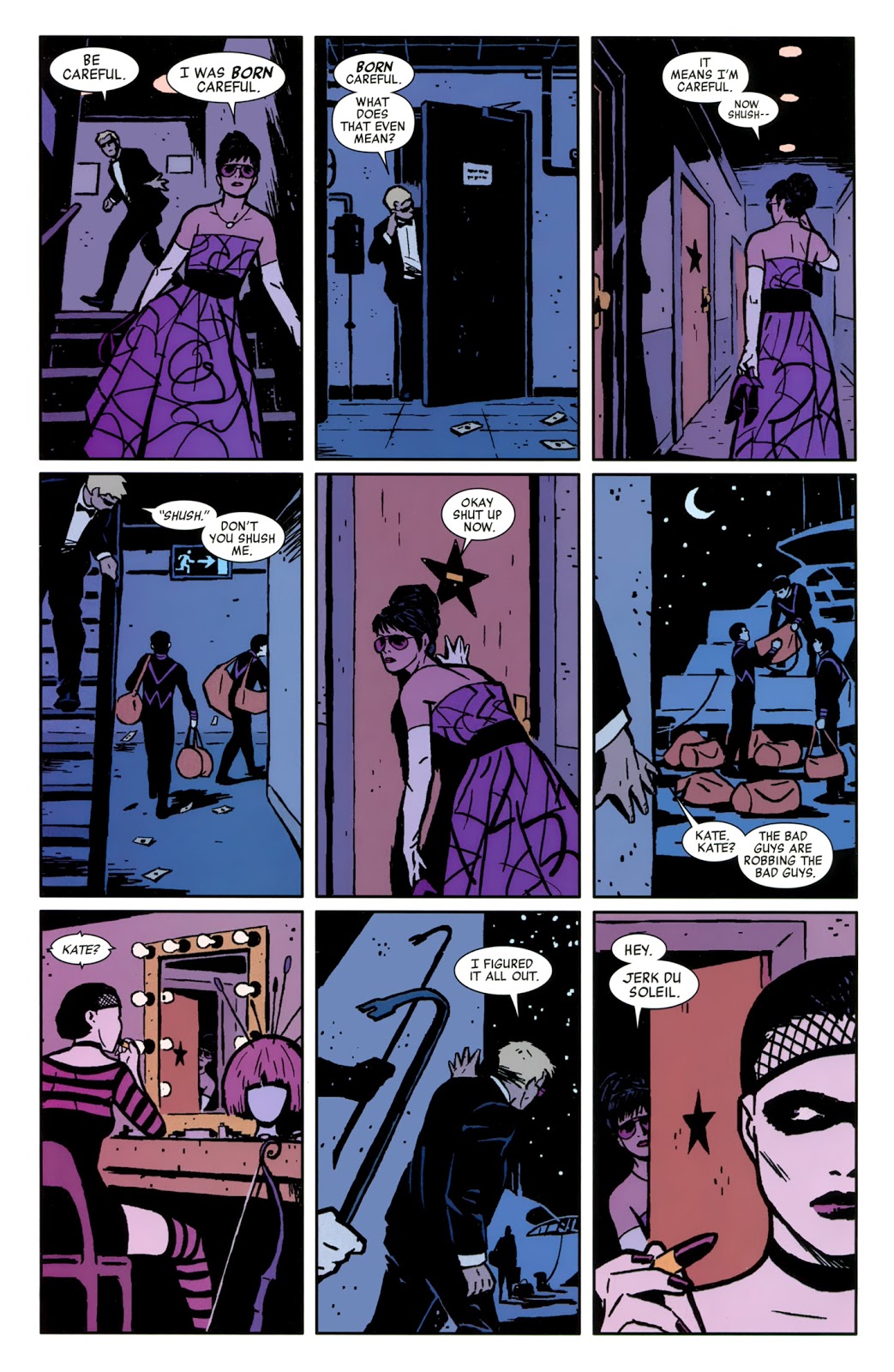 In a Marvel universe increasingly populated by gods and supermen, beings of near infinite power and exotic talents, able to heal from any wound or setback, what is it like to be a mere human? This is a premise explored by Matt Fraction in this first collection of Hawkeye’s adventures. He takes a second string Avenger, Clint Barton, and journeys with him, not on a series of universe saving jaunts, but on the grace notes, the moments in between when he is just being a man.

In this first volume we are introduced to the hero and the flaws that make him truly human, a loveable loser. He is an ordinary guy with a great talent, flesh and blood who can bleed, and does, frequently. Fraction writes a believable character who, for all his grace with a bow and arrow, is clumsy and human, but driven by an intrinsic nobility and decency. We witness the street level life of Barton and are touched by his everyday and everyman joie de vivre, along with his trials and tribulations.

We get two Hawkeyes for the price of one as Barton’s relationship with his successor, Kate Bishop, brings real heart to the story. That she is often more mature and assured than her older mentor supplies an endearing character touch. The often comical relationship between the pair rings true in the note perfect banter, but it also has a surprising depth and complexity often missing in comics, which can err too much towards soap opera values when managing relationships.

The stories are presented in episodic fashion, with the totality even greater than the sum of its impressive parts. The opening splash page, with Hawkeye plummeting to the ground from a building, bow and arrow at the ready, is a promise of energetic storytelling to come and this graphic novel lives up to that promise. David Aja’s art is a feast for the eyes, strong storytelling doing justice to Fraction’s  script, with real invention being shown in the page composition, the layout and panels designed to speed the flow. It won him an Eisner Award. Javier Pulido has a tough act to follow as he takes over the pencils for a two part story, but carries the torch proudly in a tale that gleefully dips into the spy genre. Clint Barton is no James Bond, much to the entertainment of the reader. Alan Davis is on form when illustrating the first meeting of the two Hawkeyes.

My Life As A Weapon is a flawless superhero comic. It is a triumph of art and storytelling, reinvigorating Clint Barton just as much as his alter ego. This is a feast for the soul, a book giddy with purely joyous storytelling but which also boasts a deceptive complexity and rich intelligence. Clint Barton has died and come back to life before in the Marvel universe but Fraction’s superb storytelling could prove to be the character’s true rebirth. Do yourself a favour and read this  book.

The series continues with Little Hits, or the entire series is available as an oversized hardback Hawkeye Omnibus. This individual volume is also available in the UK as part of the Ultimate Graphic Novel Collection.