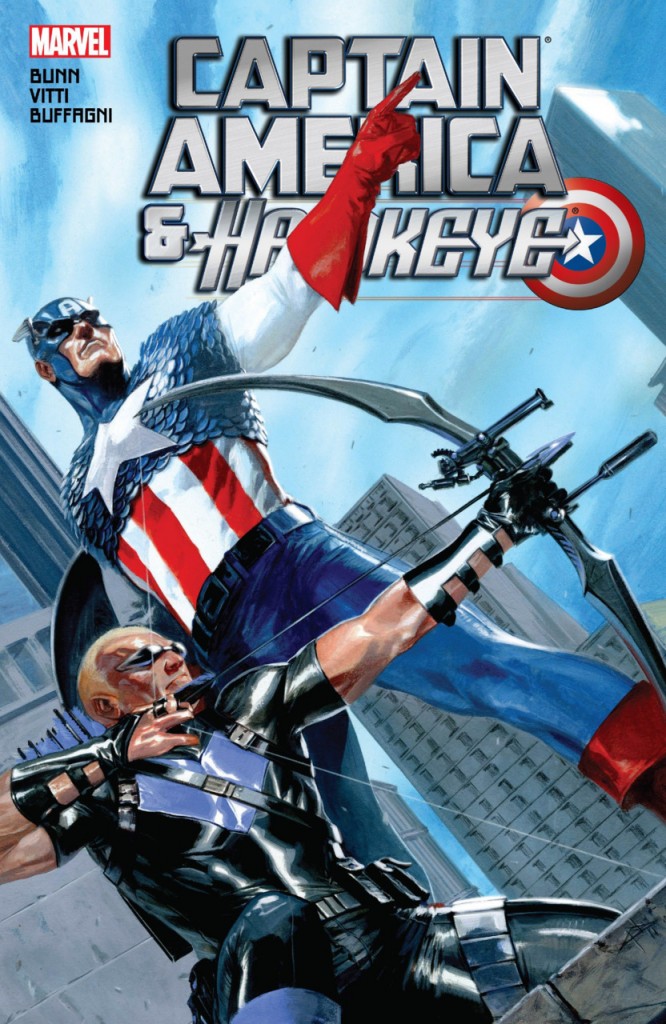 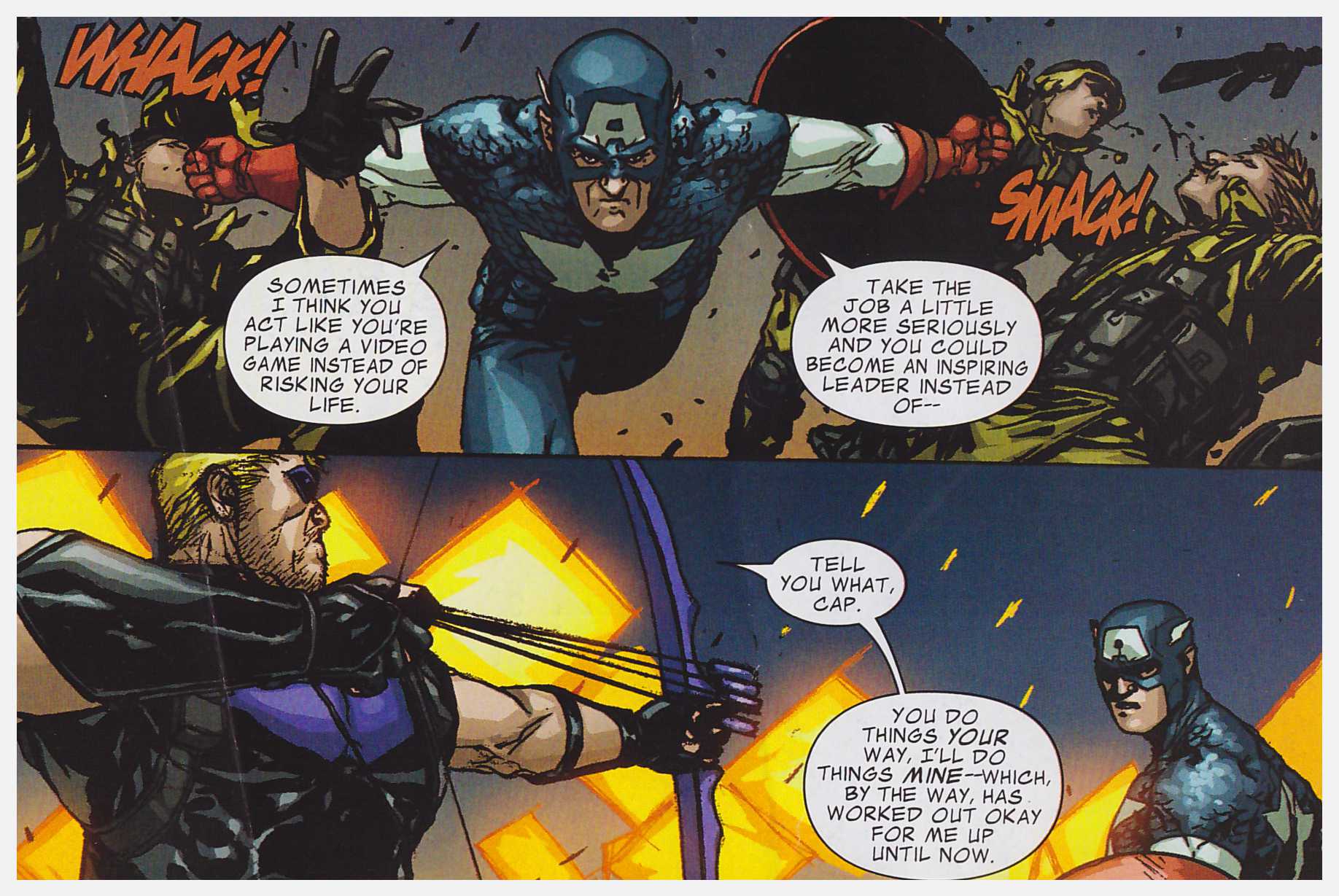 The first of three team-up collections with connecting threads opens with Captain America and Hawkeye arriving in a remote area of the San Andreas mountains to investigate the disappearance of some researchers. They’re greeted by a heavily armed troop of private contractors guarding a nearby government research facility. That’s been built over some very deep caverns, and within those caverns lurk… well, unpleasantness. And not the type of unpleasantness that Captain America and Hawkeye are used to coping with.

This is a pretty straightforward story from Cullen Bunn, extended beyond its plot by repetitive sequences, but he has a bigger plan in mind by introducing Kashmir Vennema, head of the Damocles Research Facility. She’s coy about exactly what’s being researched, and the way in which things play out our heroes have little time to pick up on her furtive manner. It’s investigated further in Captain America & Iron Man.

Alessandro Vitti, three chapters, and Matteo Buffagni, one chapter, provide the art, and while they’re both competent, the repetitious quality of the narrative they’ve been provided with leads to a dull edge.

So, all in all very ordinary, but where this does score is with Bunn’s facility for dialogue. Hawkeye’s method of investigation is of the throw the grenade in and see what occurs variety, whereas Captain America is more methodical and more trusting of the authorities. Bunn plays on this conflict very effectively throughout the story, while also reminding us that these are two guys who’ve been partners in the Avengers for a long time, and who have considerable respect for each other.