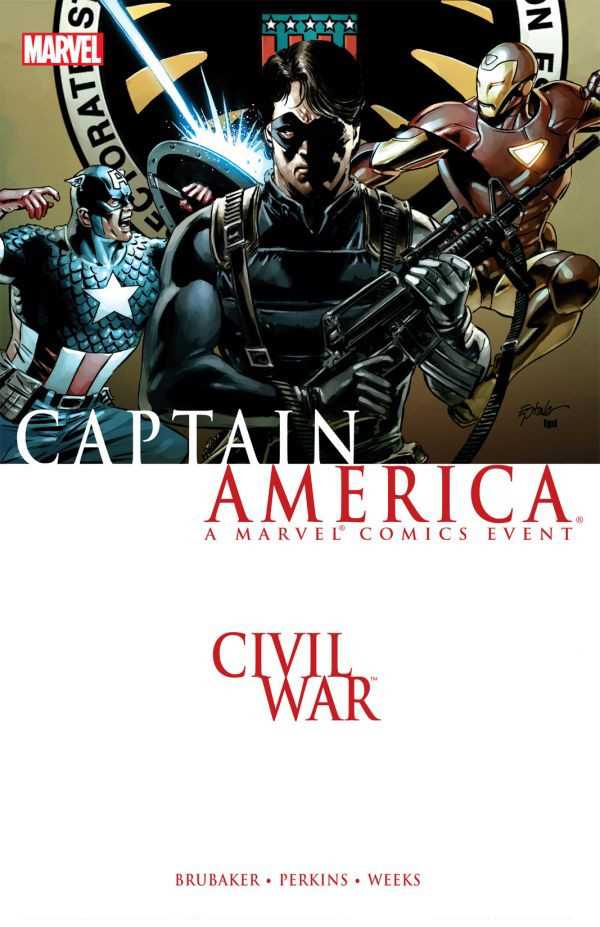 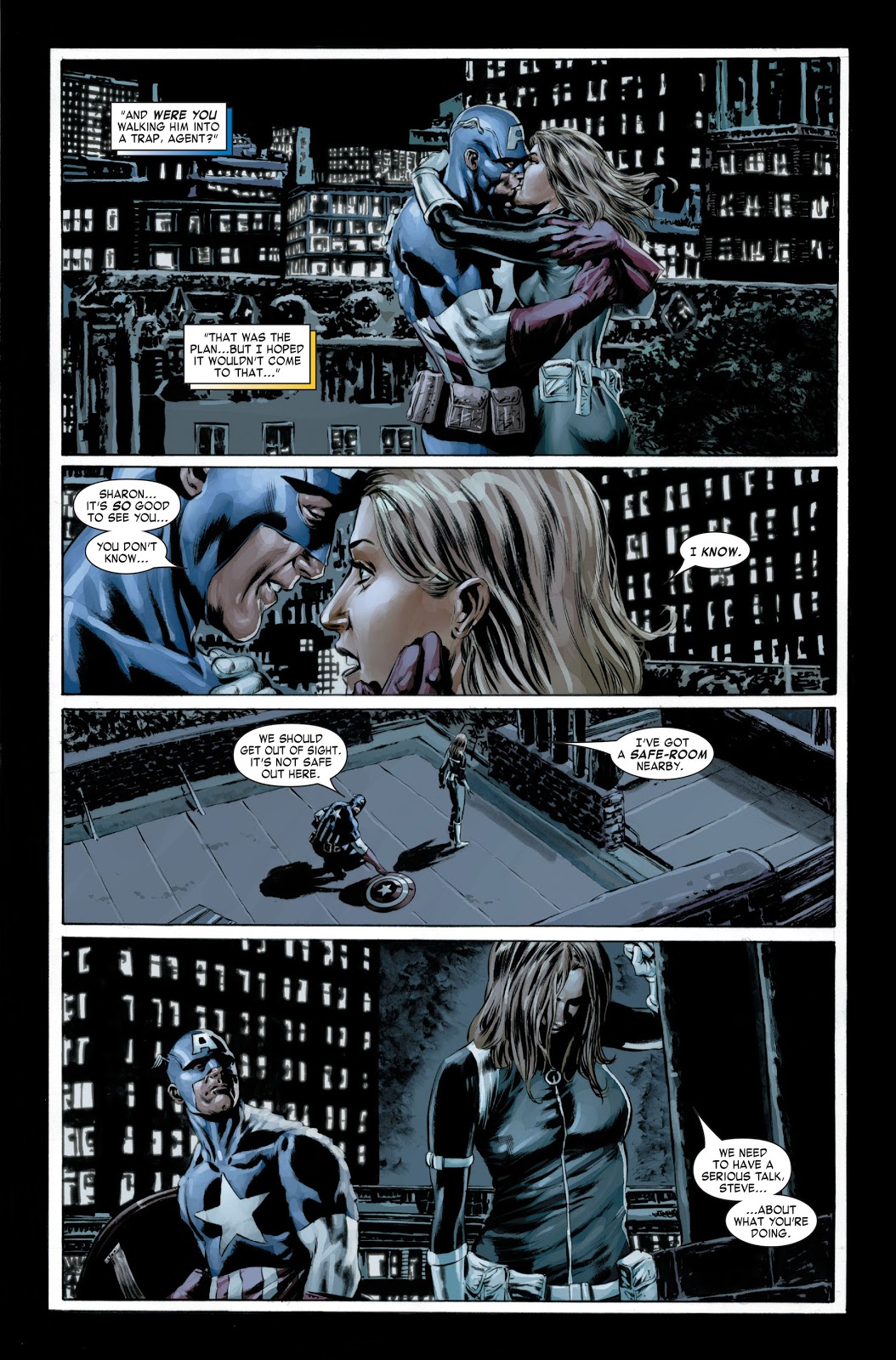 Marvel’s 2007 crossover blockbuster pitted opposing groups of superheroes at each other’s throats over the issue of whether or not their ilk should be compelled to register their identities with the US government. Captain America was central to the overall plot as figurehead for the element of the superhero community vehemently opposed to registration.

Perhaps Captain America’s ubiquitous presence throughout the crossovers permitted greater leeway or perhaps writer Ed Brubaker was less than enamoured with the entire concept. Either way Captain America’s Civil War participation in his own title is very much of a sideline nature. There’s a discussion with girlfriend Sharon Carter over the pros and cons of their opposing stances on superhero registration, Winter Soldier infiltrating homeland security agency S.H.I.E.L.D., and Captain America sorting out a den of putative world rulers Hydra.

An element worth highlighting is Brubaker’s effective foreshadowing. His pages dealing with the villains who come to dominate the succeeding collections appear on first reading to be standard machinations that will later bear fruit. Instead, though, the elements that will restore Steve Rogers to his Captain America identity a long way down the line in Reborn are all laid out, albeit somewhat obliquely, in these vignettes. Nice one.

While deftly delivered and well drawn by Mike Perkins, it’s all very much marking time until the big event, the following Death of Captain America. The highlight of the collection is the 2005 Winter Solder special by Brubaker and artists Lee Weeks and Stefano Guadino. It has James Barnes, the Winter Soldier experiencing his first American Christmas since his mind was restored, and contrasting it with the last he experienced back in 1944. It’s an engaging and reflective story illuminating the passing of time, flashing back to World War II, seamlessly incorporating the Young Avengers and concluding with a well delivered encounter with a former ally.

The content can also be found along with much else in Captain America by Ed Brubaker volume 1.