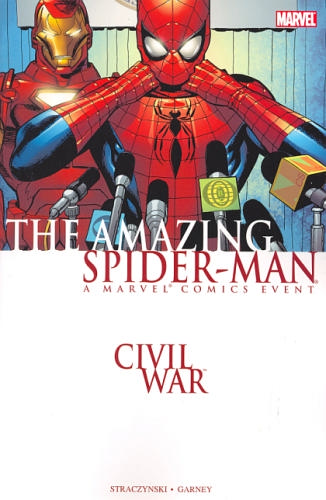 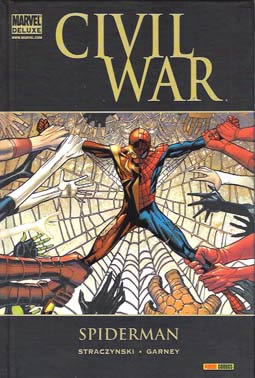 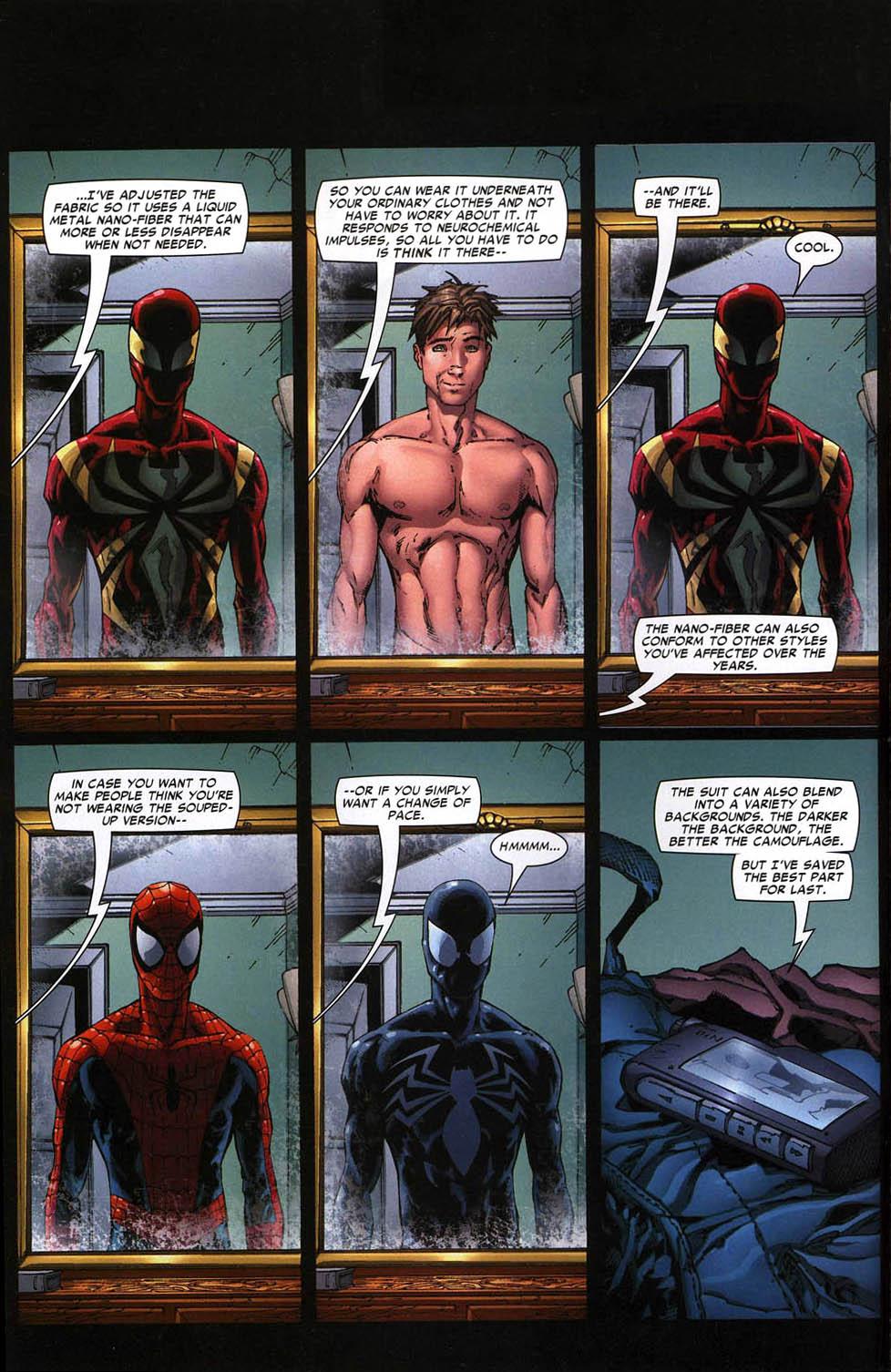 Spider-Man’s participation was essential to Marvel’s Civil War crossover, in which the matter of whether or not superheroes should be compelled to register with the government and reveal their civilian identities splits the community in half.

As the story opens Spider-Man is rather in thrall to Tony Stark, who’s provided him and his family a new home among the Avengers when theirs was destroyed, and supplied him with a vastly upgraded costume. In return he’s asked that Peter become his right hand man and support him without necessarily knowing where that will lead. Stark believes in superhuman registration, and as events unfold, Spider-Man becomes more and more uncomfortable with battling his fellow heroes on a position he’s not sure is correct. Having followed Stark from the beginning, he’s revealed his own identity to the public, an act that has repercussions. The turning point is seeing superheroes imprisoned without charge in the inhospitable atmosphere of the Negative Zone with no way of returning home even if they escape their cells.

The real life analogue of that situation is obvious, and J. Michael Straczynski’s scripts don’t shy away from making points about the deficiencies of the atmosphere prevailing in the USA post September 2001. He draws parallels between the situation as it escalates and the McCarthy hearings of the 1950s via a nicely constructed scene with Reed Richards, and debate is central to much of the content presented. As are the complications from Peter Parker telling the world he’s Spider-Man, not least the argument always used as the reason for maintaining a secret identity.

Ron Garney’s art starts out cramped and rushed looking, but as the chapters progress he and inker Bill Reinhold are supplying more open and dynamic pages. The story continues in Back in Black.