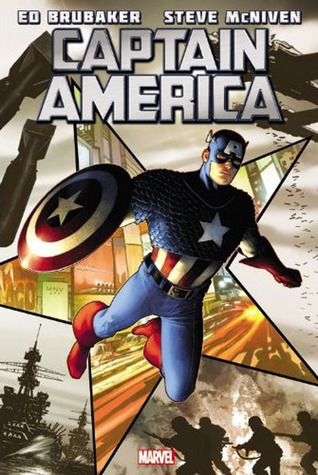 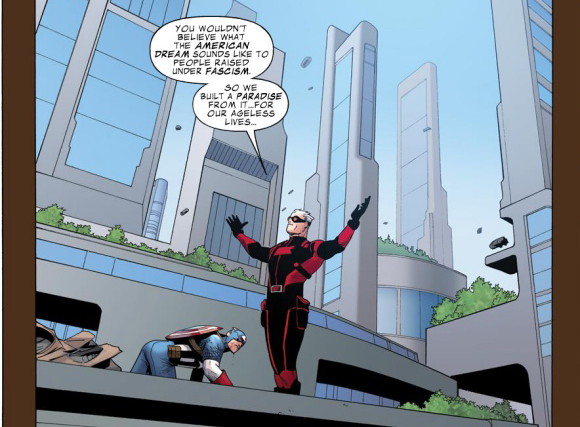 There was much soul-searching before Steve Rogers decided to resume the Captain America identity. In Prisoner of War Ed Brubaker depicted a questioning and compromised Rogers, admitting that he’d always done his duty by his country, but it wasn’t always the path he’d have followed if given a choice. Returning from apparent death to find Bucky Barnes wearing the star-spangled costume suited him fine.

The five chapter story in this volume begins with the funeral of Peggy Carter, Captain America’s World War II girlfriend, at which he’s attacked. His attacker is narrowed down to a former wartime comrade, Codename: Bravo, absent for many decades after a mission fouled up, and someone who holds a grudge against Captain America.

Chapters collected here began a new Captain America series when individually published, and Brubaker took the opportunity to move his stories a little from the murky world of cloak and dagger and politics to superheroics. The reason for Bravo’s missing decades is far more in keeping with the mainstream of Marvel than Brubaker’s stories have been to date, and once explained the protracted sequences leading to the conclusion are dragged out. Brubaker’s also recycling his villain’s motivations, switching them from the right wing to the left wing, which makes his choice of allies odd.

The constantly improving Steve McNiven is added to the roster of excellent artists with whom Brubaker has collaborated on Captain America. His stunning layouts and open style supply a very attractive package, but deadline problems appear to have hit before the conclusion, which required pages from Giuseppe Camuncoli. He’s a good artist, but he’s not McNiven.

Brubaker’s strengths as a writer have never encompassed the straightforward superhero story. He’s at his best dancing around the edges in the manner of his earlier Captain America work, and switching from that into a style that others accomplish better means that the four volumes of this run lag behind the best of his previous work. 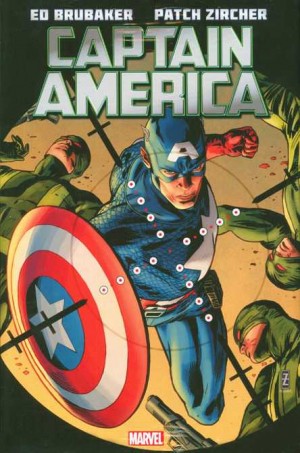