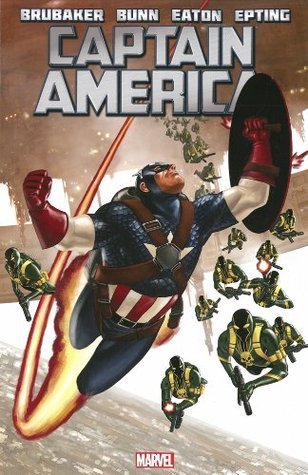 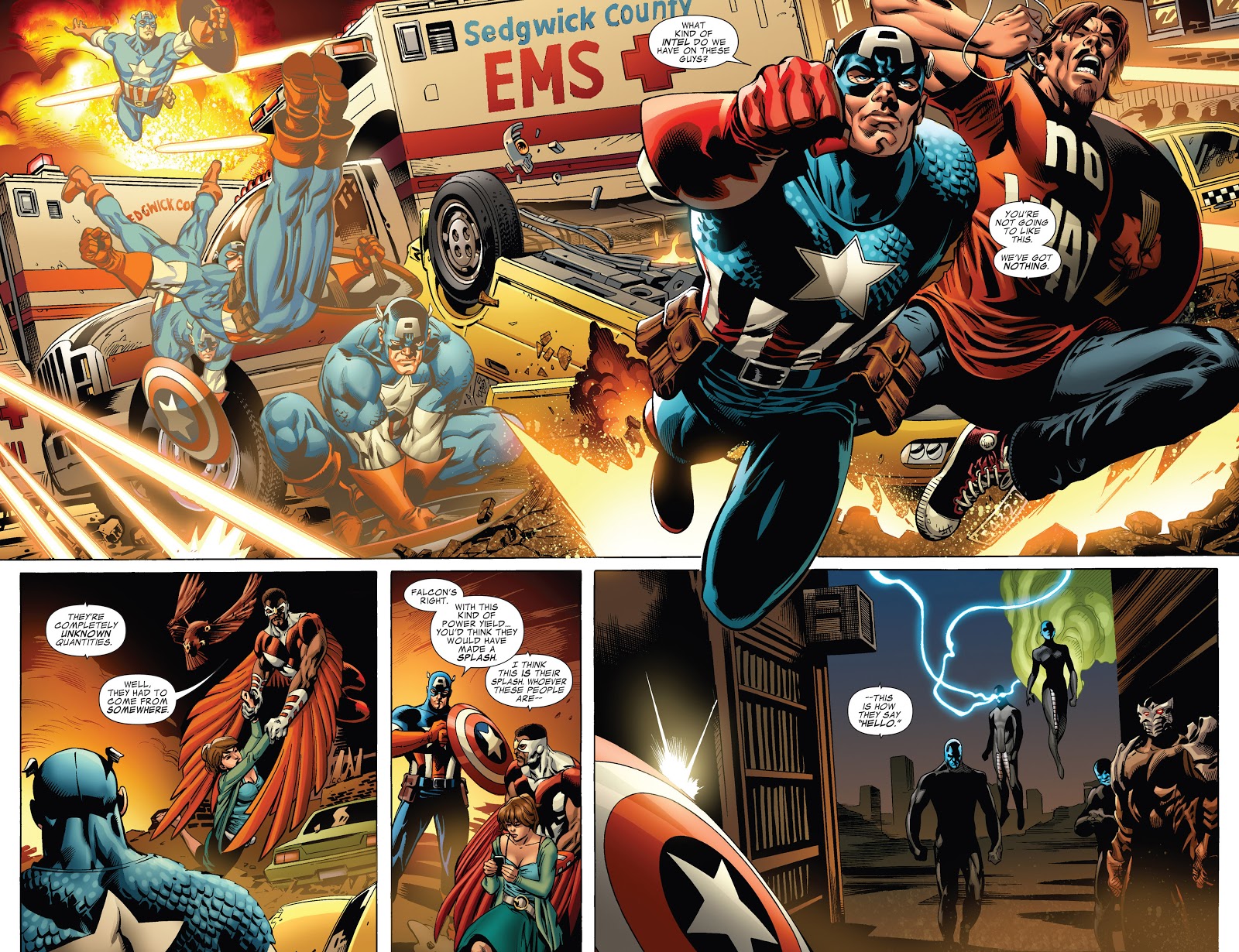 This is the final collection of Ed Brubaker’s Captain America material. In seven years he’d delivered consistently page-turning material characterised by subtle observation, insights into his varied cast and keeping the tension continually simmering. All of which renders this volume somewhat disappointing. It’s Brubaker departing with a whimper rather than an explosion.

Captain America desperately battles to save the nation from disintegrating, as mobs turn against him and his allies to the soundtrack of a TV opinion maker’s excoriation. Adding to this, immensely powerful beings launch attacks around the globe. There’s already an awareness of who’s pulling the strings and how it’s being carried out, but stopping them is another matter entirely.

There’s a feeling of repetition, as plots running through the past three volumes come to fruition, and are frankly pretty easily dealt with. There’s nothing in the first four chapters that hasn’t been explored previously by Brubaker, and in decidedly more subtle fashion. It’s very hard to believe, given the way that Brubaker’s portrayed him to date, that Captain America’s self-confidence would so easily be undermined, so it smacks of plot convenience. So does the re-introduction of former girlfriend Diamondback in the previous volume, to stick around here. The wedge she drives is negligible, as is any further purpose.

As Brubaker is collaborating with Cullen Bunn, it would be simple to divert the flak in that direction, but elsewhere Bunn has proved himself a decent writer. Perhaps the collaboration itself was an indication Brubaker had reached the finish line with Captain America.

On the positive side it’s nice to see Dum Dum Dugan again over this and the previous volume, and Scot Eaton continues the high standard of art this series has delivered.

But, but, but. Just when the entire collection has been written off as a volume too far, Brubaker’s original artistic collaborator Steve Epting returns for the final chapter, and the story soars. The man who stepped in as Captain America in the 1950s has been missing in action since attempting to ferment revolution, so his return ties up a loose end. It further enables Brubaker to deliver a narrative reflecting on the symbolic representation supplied by Captain America. This has been attempted previously by various creators with various degrees of artistic success, but probably never as deftly. There’s an element echoing the first issue Brubaker and Epting worked on that plays very satisfyingly, and admissions unlikely to have seen the light in other company. It doesn’t entirely compensate for the remainder of the book being sub-par, but makes for a very gratifying departure.