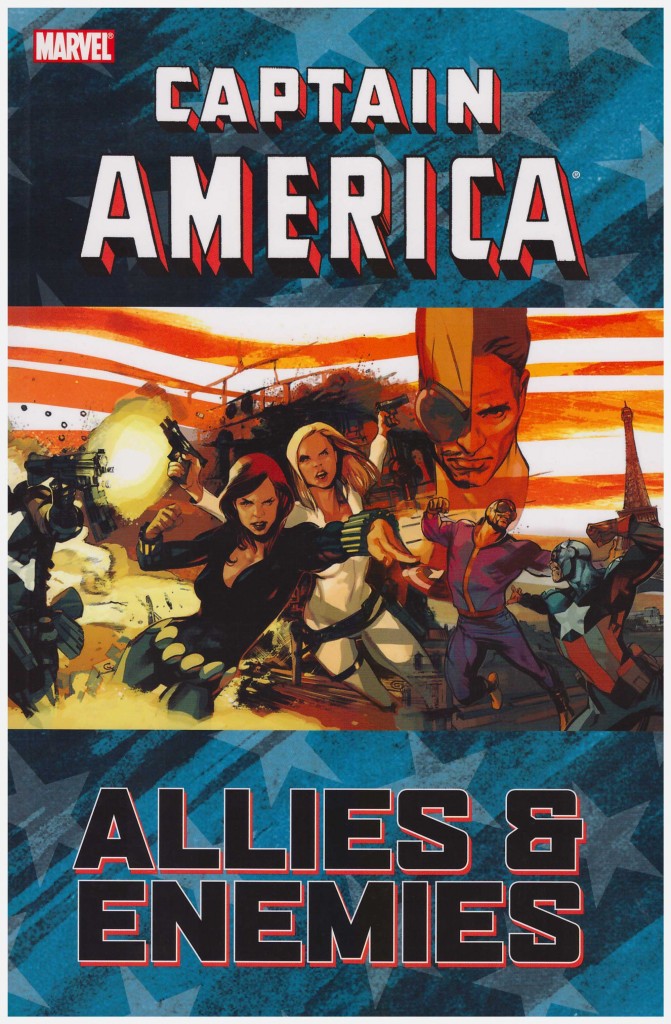 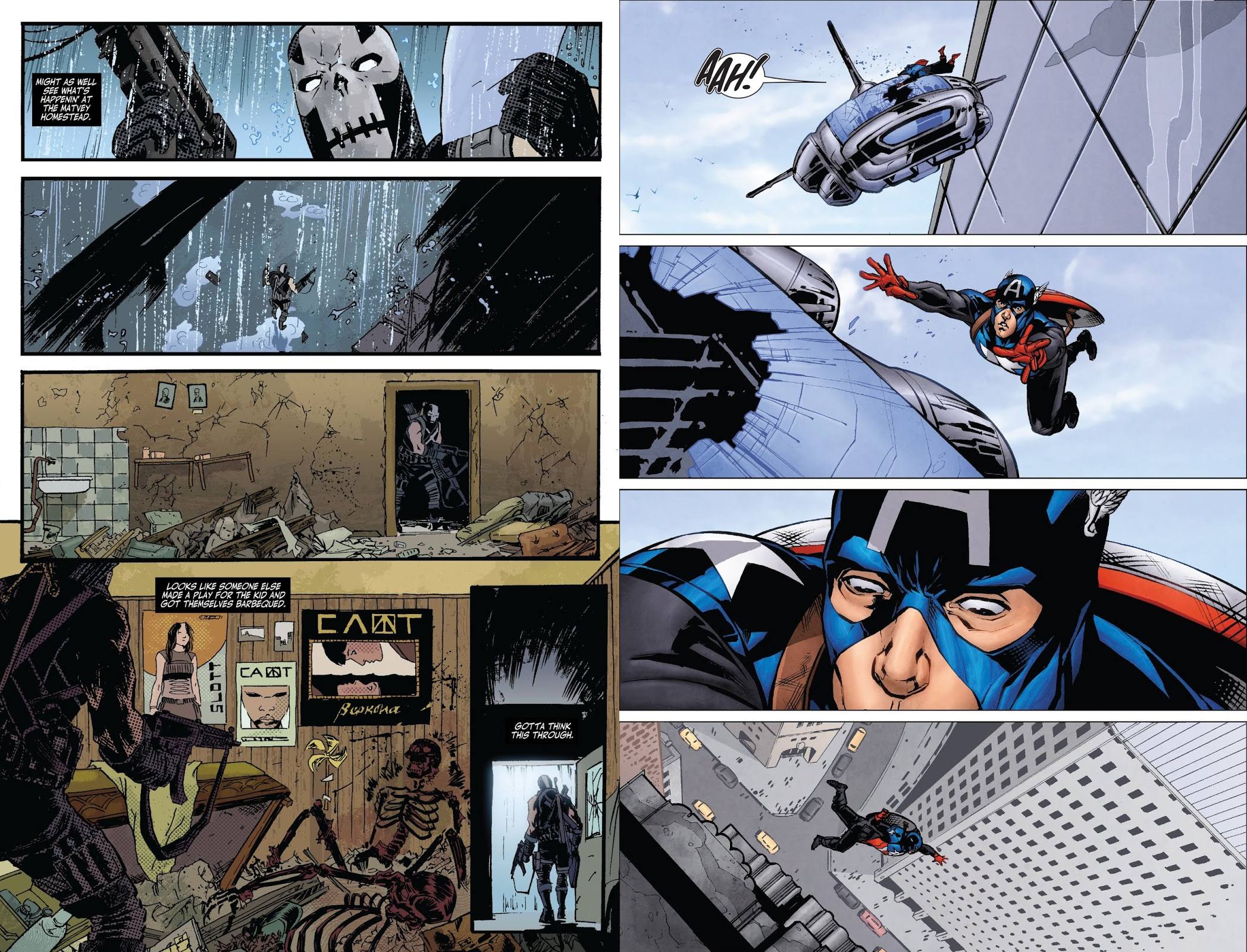 To make hay while the sun shined, Marvel supplemented their regular Captain America material in 2011 with assorted one-shots and specials to coincide with the release of the Captain America movie. This book gathers five of the one-shots.

They’re an admirably eclectic bunch, set in different times, spotlighting allies, partners and villains, some featuring Captain America, some ignoring him completely. None are top of the range material, yet neither should any of them disappoint.

William Harms’ taut tension-building narrative and the dark art of Declan Shalvey (sample left) matching the dark subject matter of the Crossbones story ranks it the best here. Crossbones is sent to an obscure country to rescue a child, knowing it’s a mission that’s under the radar. Despite Harms’ narrative captions revealing Crossbones for the thoroughly unpleasant individual he is, there’s a nagging feeling that he could be replaced by, say the Punisher, without making much difference to the story. Harms is one step ahead of that, though, in ghastly fashion.

Rob Williams supplies a story of the Falcon heading back to his old neighbourhood to discover there are times when his previous low-level hustling character can achieve better results than a superhero. Elements don’t quite make sense – why would he be dragged to a football game for information that could have been supplied on the spot? – but Rebekah Isaacs has an attractive art style (sample right) and there are a couple of neat moments including a novel method of defeating the Grey Gargoyle.

Kelly Sue DeConnick and Greg Tocchini’s decidedly odd teaming of the Black Widow with Sharon Carter concerns a search for a missing teenager. It appears a spiritual update of the beach bikini exploitation movies of the late 1950s, with its deliberately daft plot, and there’s some fine bantering dialogue and indications of the good artist Tocchini would rapidly become.

French mercenary and master of kickboxing Batroc is best known for the hokey French accent writers love to script. Kieron Gillen indulges, but also supplies a Batroc beyond the sneers of the crooks for whom he’s a delaying mechanism. Renato Arlem’s rather in your face art compromises the subtle elements of the script.

The weakest story is from Kathryn Immonen as Peggy Carter and Captain America interact in Paris during World War II. Even allowing that this would be a younger and fresher Steve Rogers, some of the dialogue is uncharacteristic, and Ramón Pérez’s square-jawed Captain America and odd poses don’t really help either.

Perhaps not a collection to buy at full price, but a diverting read at discount. 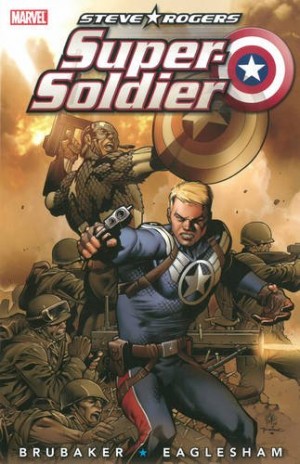