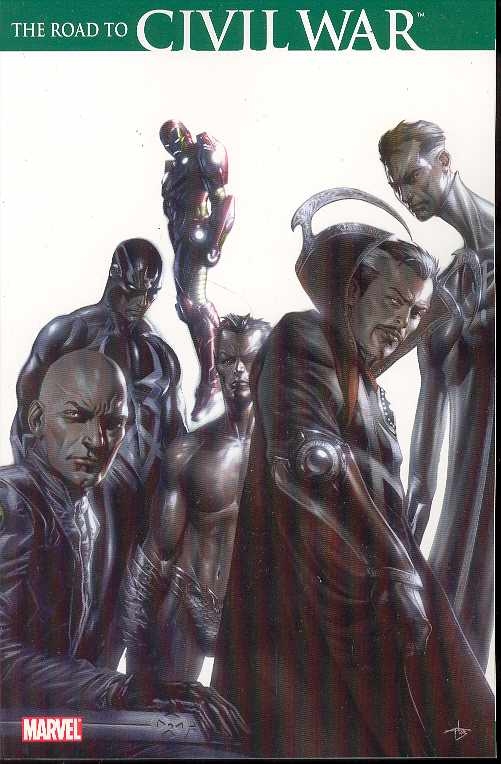 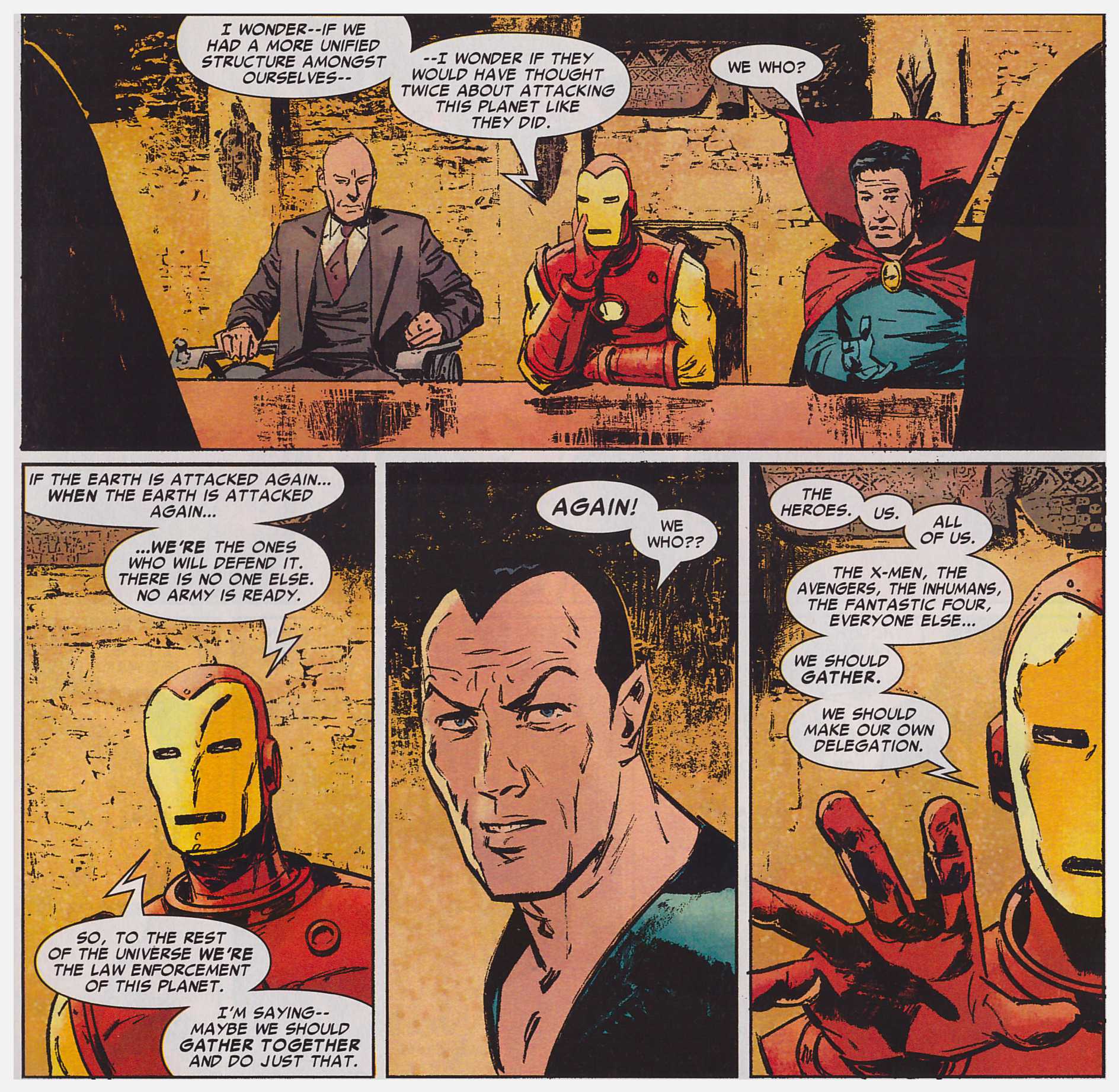 Not the opening chapter, though, written by Brian Michael Bendis and spotlighting the Illuminati, a covert group of the most powerful or influential beings on the planet. Here’s where Doctor Strange, Professor X and Sub-Mariner chew the fat over global issues with Black Panther, Captain America and Mr Fantastic. There’s something of Don Heck about Alex Maleev’s static art, and since Heck never enjoyed drawing superheroes, that’s not a good thing. It’s an interesting idea, and the plot skips through time as a stone over water detailing disagreements until arriving at the idea of the Superhuman Registration Act, which would require all superheroes to lodge their identities with the government if they are to continue their careers. The placing of this story before the remainder is odd, as Tony Stark takes a very different view in the following Spider-Man chapters.

These account for half the content, and very much at the core of them is the relationship between Tony Stark and Peter Parker. The older Stark admires Parker’s affinity for technological development, and having designed his own Iron Man identity, it’s a relatively simple matter to design a new costume for Spider-Man. It’s very telling that it’s also red and gold. Upgrades include a limited ability to glide, an imperviousness to standard bullets, an ability to disguise itself as something else and many other bells and whistles. This comes at a cost, though. Stark wants to hire Peter and for Peter to trust him implicitly with secret plans he has, plans he asks are kept from the other Avengers.

For those used to the art of John Romita Jr and Mike Deodato accompanying Straczynski’s Spider-Man there’s a considerable step down. Not that Ron Garney and Tyler Kirkham aren’t capable, but compared with their predecessors there’s little that’s either distinctive or stylish about their pencils. And seeing as this is only three chapters, couldn’t Marvel’s editorial department have arranged for the same artist to draw them all? Extremely wordy in places, these aren’t Straczynski’s best scripts, as Spider-Man accompanies Stark to Washington to argue with politicians.

Straczynski also writes the Fantastic Four chapters, but his tenure on that title was nowhere near as successful as his Spider-Man run, and this story exemplifies that. There’s only minimal connection with the remainder of the content in the opening pages before a tussle with Doctor Doom to possess Thor’s hammer. Straczynski has a good handle on Doom’s pompous arrogance, and Mike McKone’s art looks good under an army of inkers, but it’s the weakest story here.