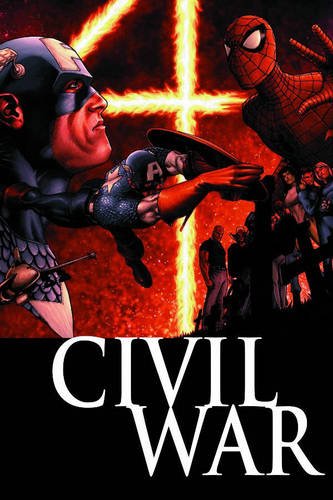 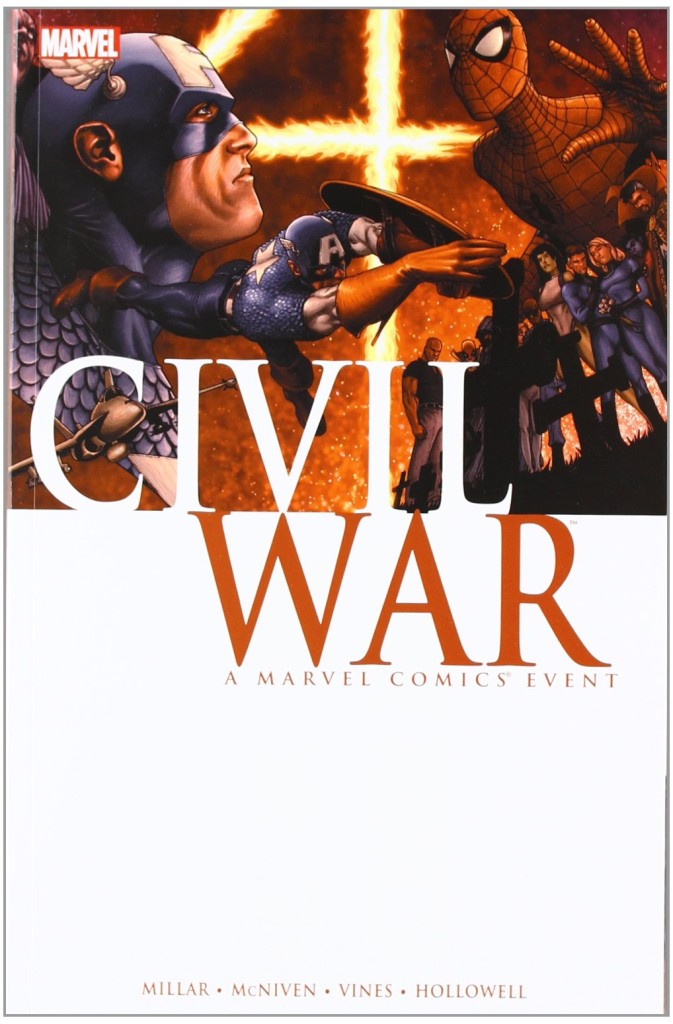 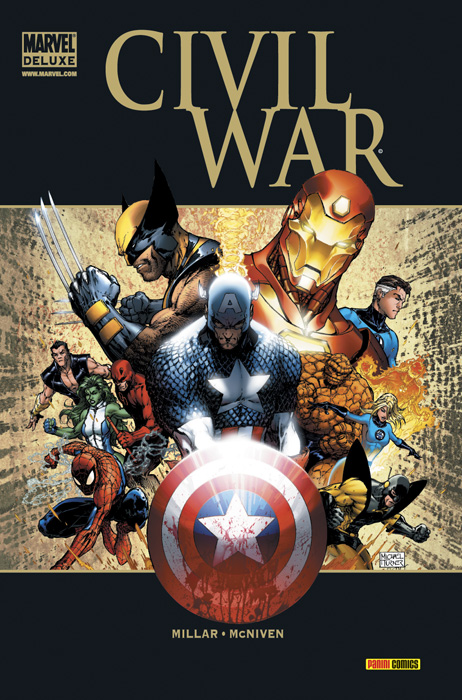 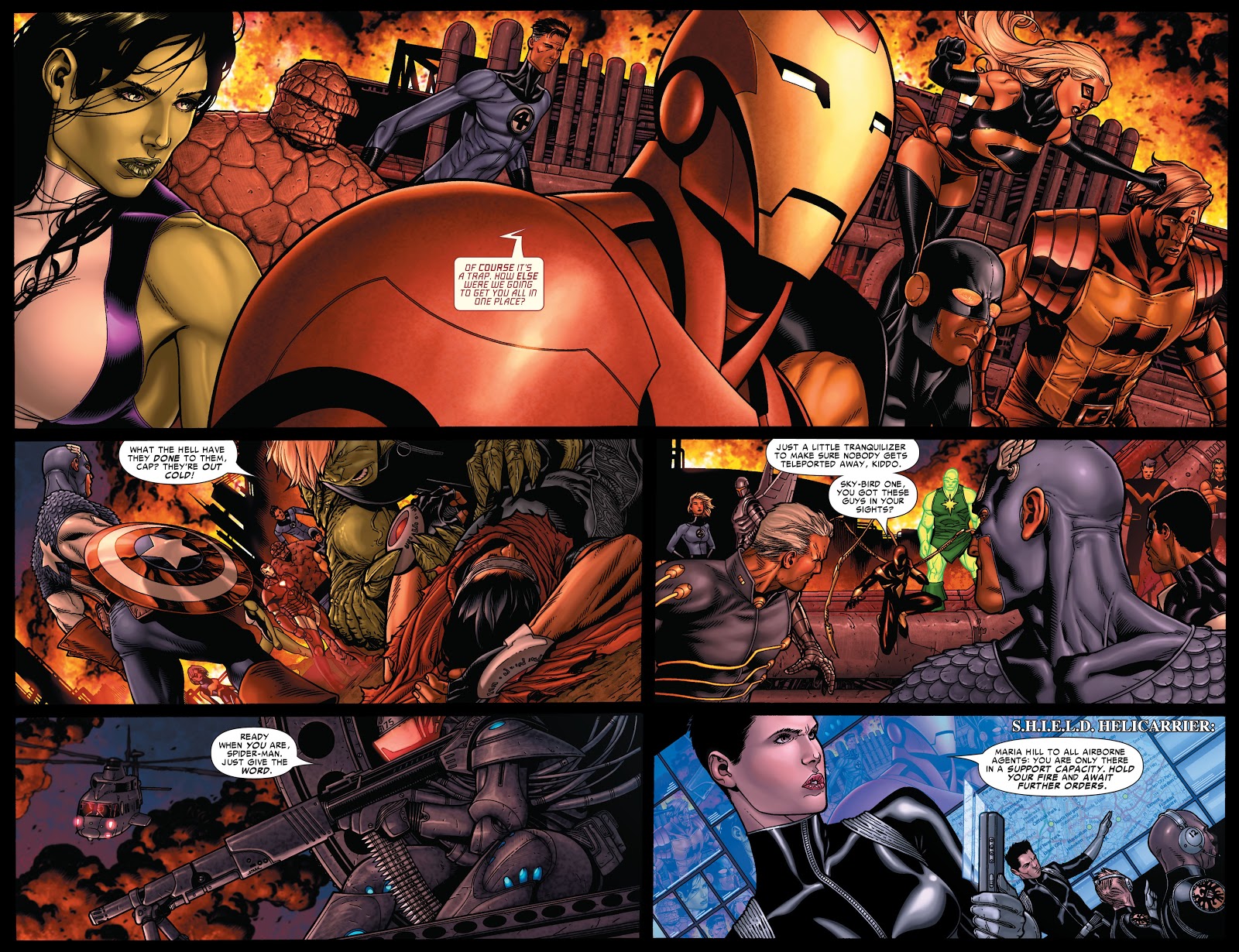 Civil War polarises the readership, which is ironic as Mark Millar’s story is precisely about perspective: how we view events, and how emotion affects that perspective, influencing even our politics and perceptions of right and wrong, good and bad.

Teenage super-group New Warriors travel from town to town tackling any super villains they find in front of a roving camera for their own reality television show. It all goes horribly wrong one day in Stamford, Connecticut, when a villain resists and sets off an explosion, resulting in a death toll that numbers in the hundreds. Shock-waves reverberate throughout the super-powered community and the wider world, and as other heroes help in the rescue efforts, many condemning the actions of the New Warriors, the public cries out for tighter regulations on super-beings. In the collective conciousness of many ordinary Americans, the irresponsible actions of “living weapons” chasing fame is tantamount to the acts of terrorism that brought down the Twin Towers.

The Superhero Registration Act, a bill that demands the regulation and organisation of all costumed heroes into a sanctioned force, comes into being. It divides the hero community into those pro-registration, led by Tony Stark (Iron Man), and the anti-registration group led by Captain America. As pressure mounts to have all heroes registered and accountable, Stark vows to bring the dissenters into line. His good intentions result in more tragedy, escalating into violent resistance in a crisis that upends the entire Marvel Universe, the heroic and sinister alike.

Millar pens a terse tale of betrayal, tapping into the fears of the period (the 9/11 disaster very fresh in people’s minds). Steve McNiven took these contemporary adult concerns and pencilled a visually stunning story accentuated by scenes full of rain, fire, and darkness, helped by inker Dexter Vines and colourist Morry Hollowell. Mixed with Millar’s writing it’s a masterful blend of angst, anger, shock, and doubt that is embodied in postures, faces and background details. There’s never the impression that decisions made for, or against, registration are made lightly. It’s an evocative, thought-provoking, and emotionally charged story that is still capable of stirring strong reactions a decade on.

Debates between individuals over the rights and wrongs of registration, along with sumptuously drawn details (like a Sentinel monitoring mutant children as they play games), make for a very disconcerting and uncomfortable read. The detail dividing most readers is that Civil War lacks a clear resolution, ending abruptly, leaving many questions hanging. Millar never sets out to answer questions, just to present two sides to a disagreement, but the real-world predictability of the conclusion is unsatisfactory, largely in part because we love happy endings.

As an event, it’s powerful and dramatic, with enough scope to be the source material for Captain America: Civil War, due for cinema release in June 2016. While Millar made many contributions to the Marvel Universe between 2001 and 2009 , this is among his most significant and long-lasting. The accompanying tag-line of “Whose side are you on?” really has no simple answer – you are likely to change your opinion more than once.

Further perspective is given throughout various tie-ins including Civil War: Frontline, the Civil War Companion, War Crimes and The Road to Civil War. The repercussions rippled across the Marvel Universe, so many titles have their own tie-in with Iron Man, Captain America and Spider-Man being particularly relevant.