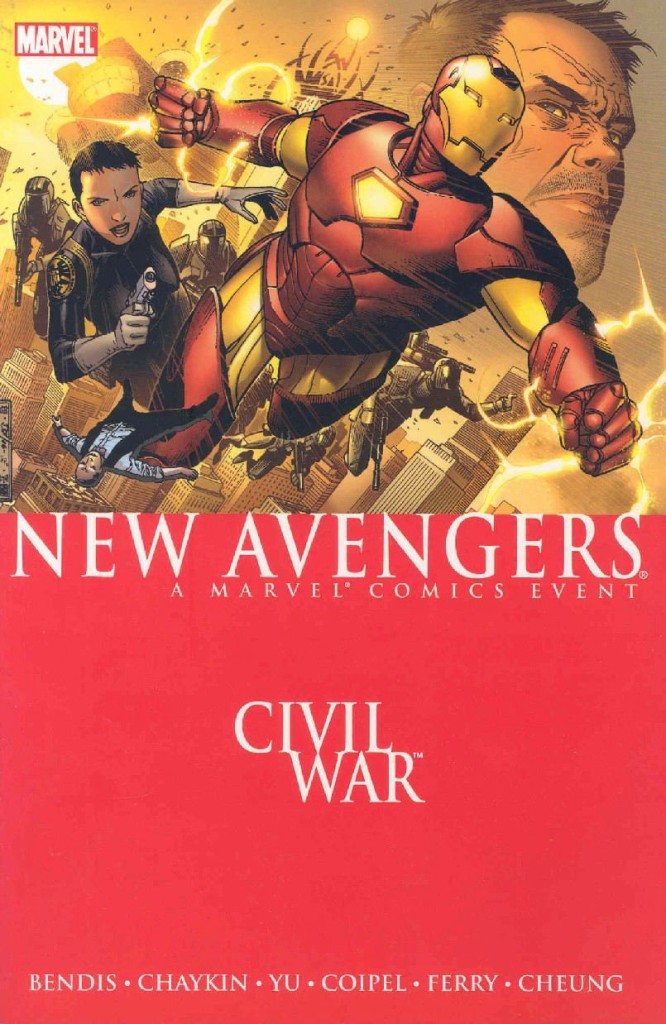 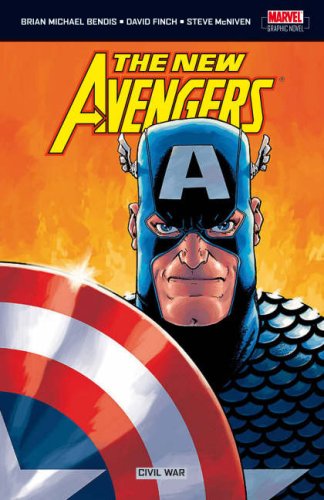 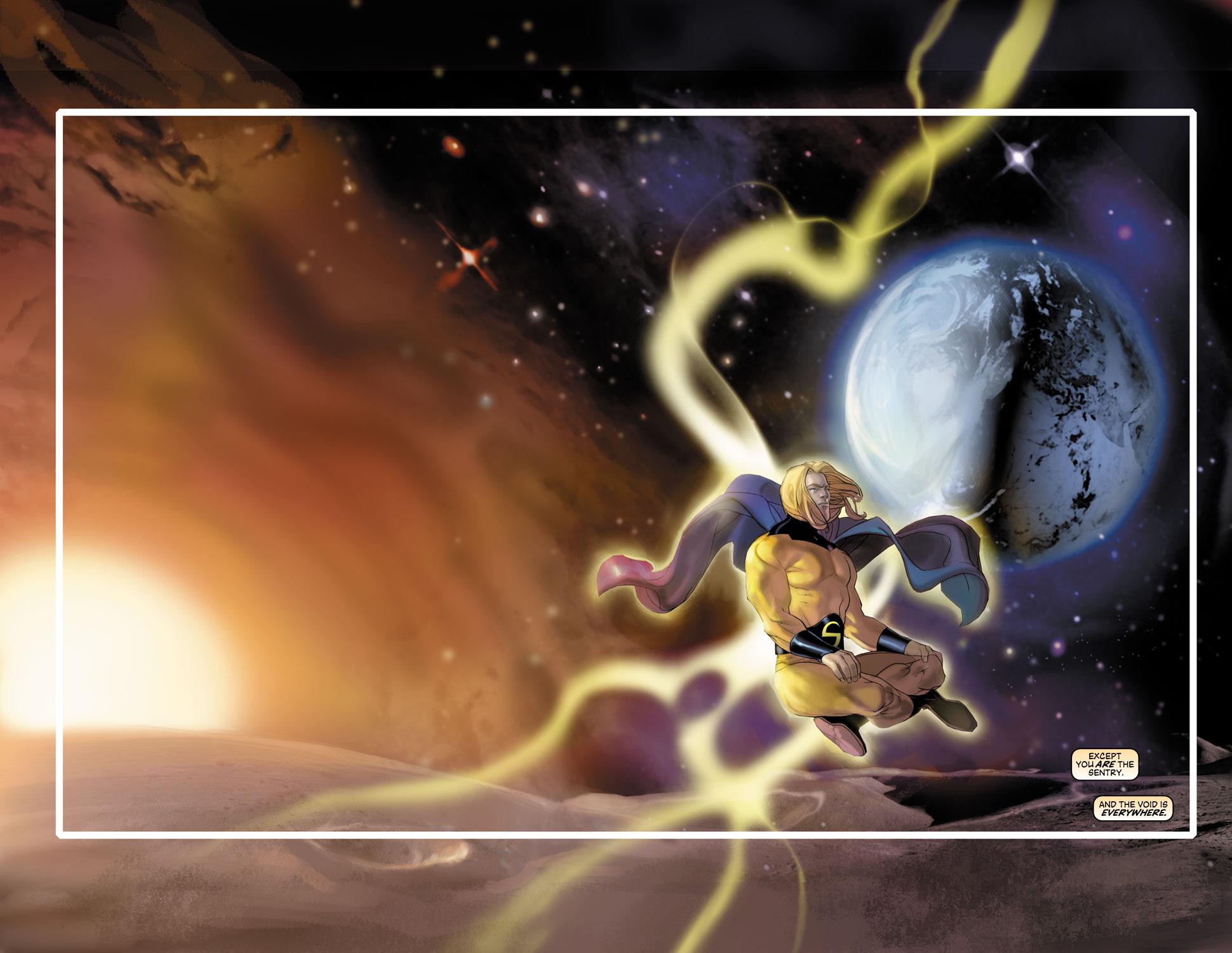 A problem with writing superhero comics for DC or Marvel is that you’ll be chugging along nicely developing plots and building character relationships and then there’ll be that phone call from the editor: “By the way, I’ve just been told we’re killing Batman again next summer, so you can’t use him any more” or “I’ve just been told that from July Captain America’s going to be a black lesbian” or “Our big crossover event is going to relocate all our superheroes to the bottom of the sea for six months”. It must shred the soul. Better writers often discover limitations provide a new impetus, and, to an extent, this did occur with Brian Michael Bendis, who after all had his own crossover event booked in for 2008. First, though, we have to work our way through his Civil War tie-ins.

Having set up Iron Man and Captain America as the beating heart of the Avengers, Civil War pitted them against each other. Iron Man fervently believes that future public safety is dependent on all superheroes registering with the authorities, while Captain America considers this an infringement of the civil freedoms the USA stands for. Each leads their own faction of willing or disgruntled super types.

Bendis chooses to play the scenario out with a series of spotlights on individual Avengers as their choices impact on their lives. By far the best of them is Luke Cage resisting being placed in a corner by Iron Man and Ms Marvel. A sense of well-meaning intimidation is deftly conveyed, as is the subtext that Cage is to be targeted as an example should he not commit to the view of the authorities. Leinil Francis Yu would be next to take a sustained run as series artist, starting with the following Revolution, and provides a decent audition here.

The remaining chapters don’t descend to poor, but are certainly perfunctory, although this isn’t down to the artists. Howard Chaykin illustrates Captain America coming to a decision, and the Spider-Woman spotlight is slightly layered for those with knowledge of the later Secret Invasion, but despite some good dialogue from Bendis there’s an all too convenient rescue as her complicated life twists again. Olivier Coipel draws that, and it’s Pasqual Ferry surprisingly good on the Sentry, to date very much a peripheral character, and here one that wants to avoid committing himself in one respect only almost to do so in another. That leaves us with Jim Cheung’s chapter on Iron Man, where it begins to seem as if a phrase he once casually imparted – “whatever you do, don’t hide behind your genius” – is coming back to bite.

As a standalone event Civil War is as good a crossover project as Marvel have issued, but this tie-in is for completists only.

It’s collected along with the far better Revolution and all the previous New Avengers paperbacks in the massive hardbound New Avengers Omnibus. 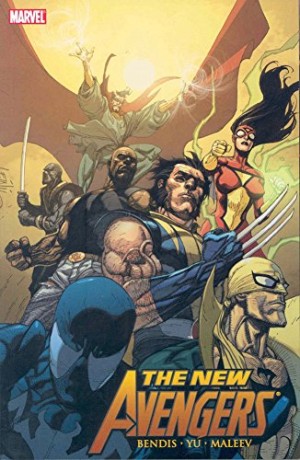 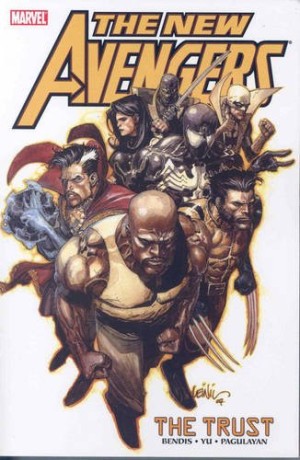 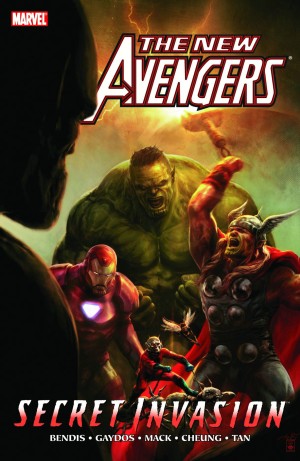