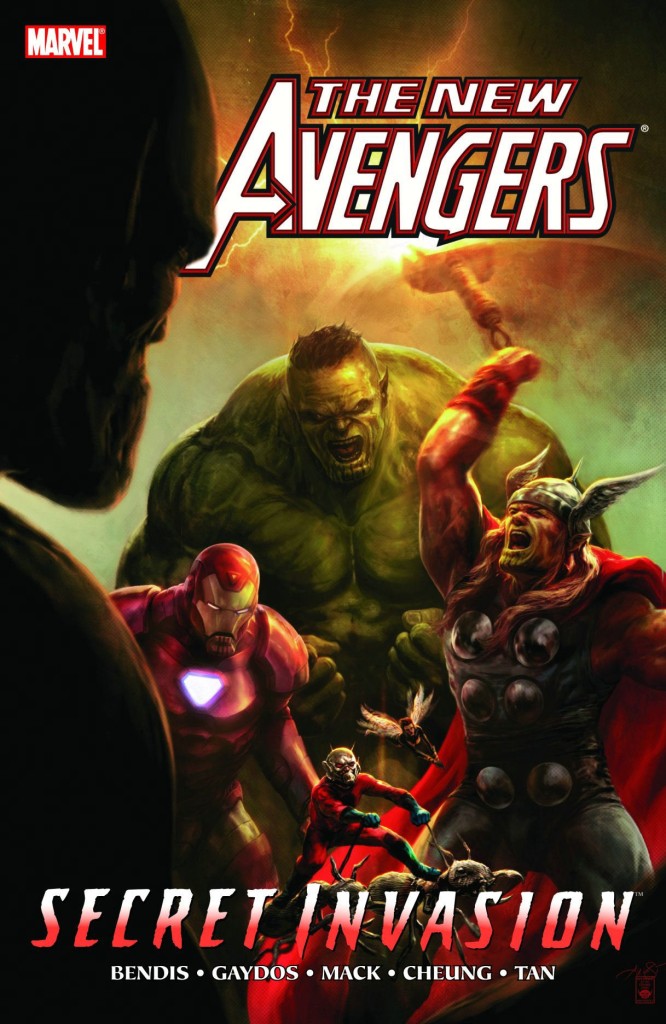 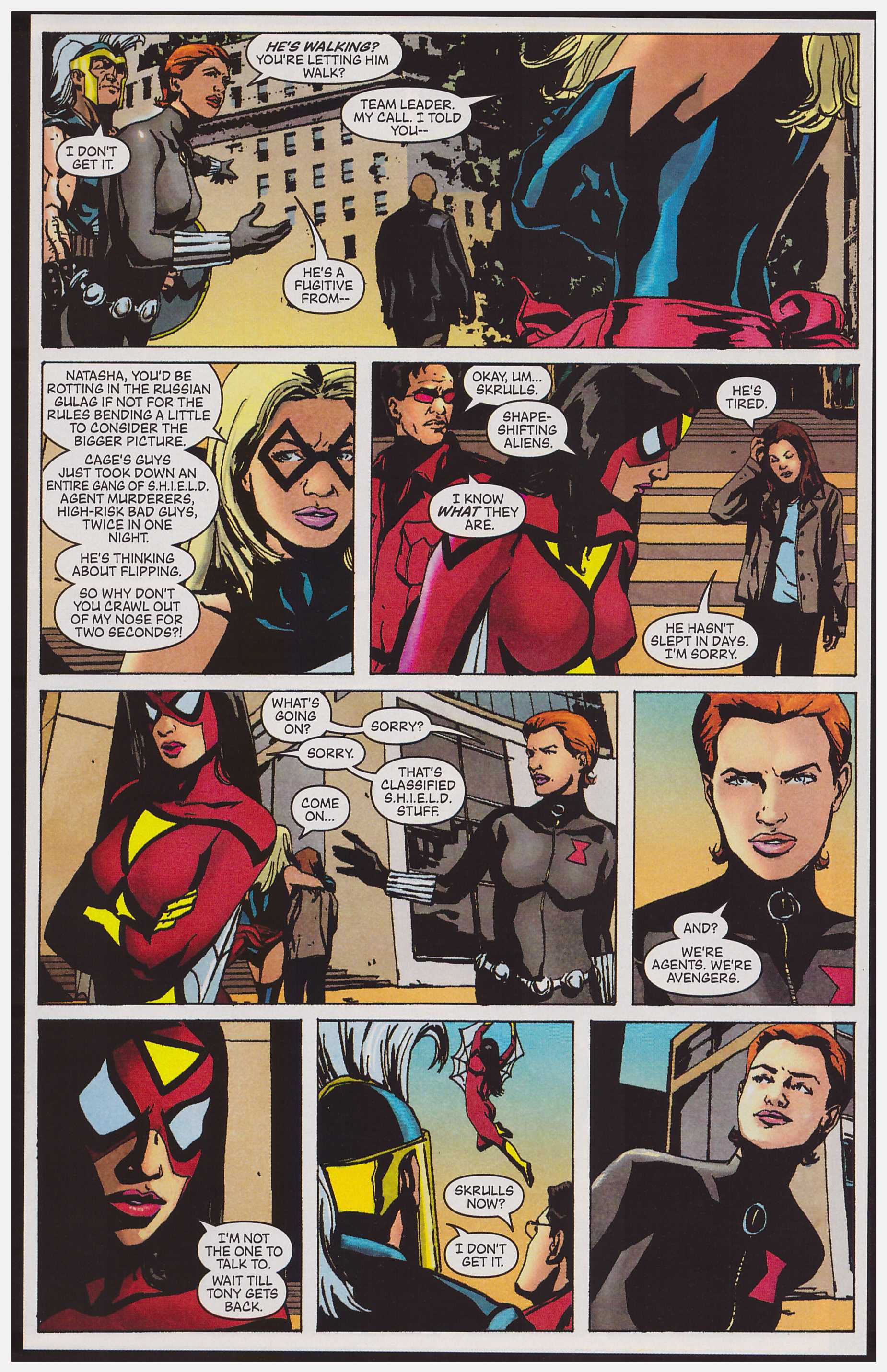 Secret Invasion revealed that alien shape-shifting Skrulls have assumed the identities of influential humans, masquerades that have been years long in some cases, and this is where all is laid bare.

The core of Secret Invasion here and elsewhere is that no-one can be certain who is a Skrull, and who isn’t, and in the previous The Trust, Brian Michael Bendis cleverly shuffled Doctor Strange off stage as impaired. He, of course, could instantly conjure a distinguishing spell ending the plot there and then.

This is a very bitty collection that in many ways can be regarded as Bendis pulling the curtain back to reveal his previous workings, which isn’t as self-congratulatory as it may sound. Bendis has played a long game, knowing that everything was leading here, and sequences of his opening New Avengers graphic novel Breakout from three years previously, then glossed over, are now accorded a full airing.

Other explanations abound amid several shocking revelations. The best of them are a chapter that adds extra layers to what we know about a prominent cast member and their motivations, and another that lays out the history of Skrull society, the creation of new warriors, how they formulated their plans, and the innovative rationale behind them. There’s also a well conceived association to a higher calling, although this is never really explored.

Artistically it’s a change every chapter, varying from the grittiness of Michael Gaydos to the slickness of Jim Cheung. Least appealing is Billy Tan’s standard superhero tropes of bulbous muscles, cheesecake poses and gritted teeth, and his chapter further ends on a rather contrived note that’s followed up in the next volume. Not that any reader is going to taken in, given the ongoing plot. The weakest chapter overall is drawn by David Mack, who surprises by entirely dropping the painted style with which he’s associated, drawing a story in which suspicions are confirmed and Hawkeye begins yet another short term relationship. “After the fight with the Hood. When I was patching your arm… I, uh, I wanted to kiss you.” Yawn. For all his facility with the well-paused dialogue sometimes Bendis pulls a clunker.

While this is largely better than average material, it’s not the book to sample without an awareness of the previous collection The Trust, as few concessions are made. It’s also not unreasonable to ask why Marvel couldn’t combine this with the next collection, Secret Invasion 2. That’s a relatively slim book, and it opens with the conclusion to Billy Tan’s Savage Land tale.