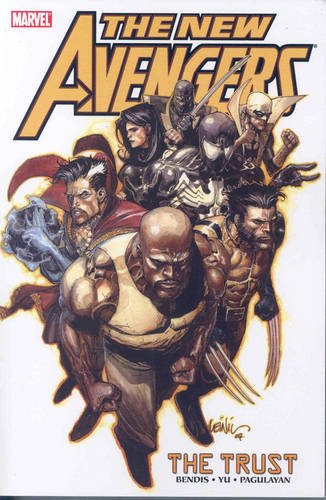 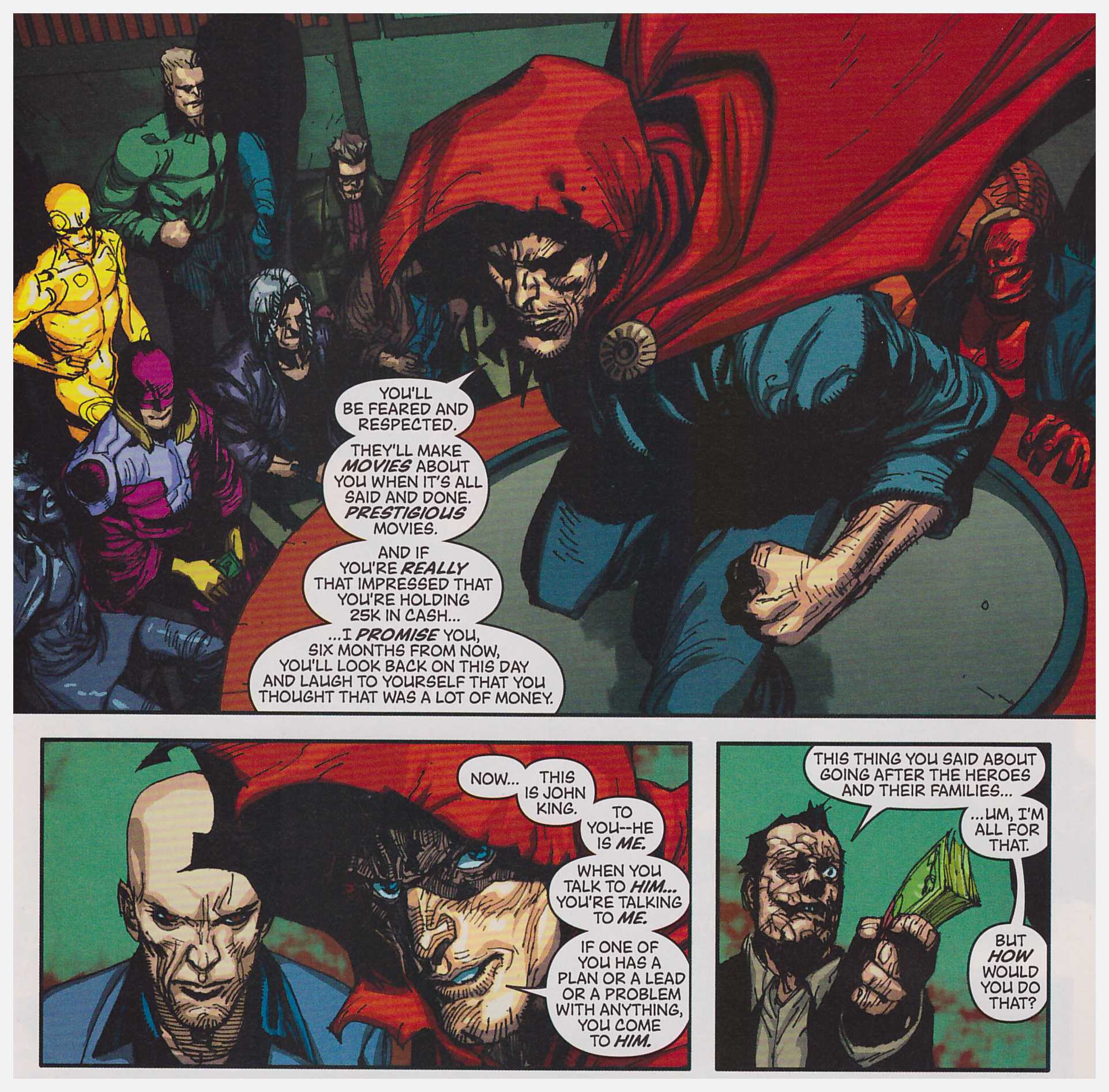 Civil War‘s contretemps about whether or not superheroes should register their identities with the authorities has now ended, with those in favour carrying the day. This has resulted in two teams of Avengers, and it’s the renegades who’re followed in The Trust.

In the shock conclusion to Revolution the Avengers discovered a prominent foe was in fact a Skrull, a shape-changing alien masquerading as someone of power and influence. It’s a disturbing discovery, and one that leaves the team uncertain. No longer attached to the resources and contacts accompanying official status and being considered outlaws by those who are presents a dilemma about how to proceed.

There’s a fantastic opening as Wolverine assesses the implications of a Skrull able to evade his super-sharp mutant senses, suggesting each of the team in turn could be a Skrull. It takes Luke Cage to add the positive: “Told you cats someone was pullin’ our strings. Now we know it’s true and we know who’s pullin’ them. Now we got ourselves a show.”

Many fine individual sequences drop into The Trust as Brian Michael Bendis uses the same bopping back and forth through time technique he used in Revolution. It’s less successful here, though, as all too often events are polished off too rapidly or related in hindsight. Bendis is very fond of Cage and his wife Jessica Jones, but this volume is where their TV comedy paced banter starts to become overly intrusive and a distraction.

The undercurrent of the entire book is how far the Skrulls might have infiltrated human society, which fully explodes in both Secret Invasion and the two following New Avengers collections using that title. Artist Leinil Yu (formerly Leinil Francis Yu) provides his Avengers swansong here, modifying his style for a grittier look. He’s off, in fact, before the concluding chapter, illustrated by Carlo Pagulayan in a style that’s a little more cartoon based.

Bendis also sets up the previously rather obscure Hood as a major villain who’ll have a recurring role throughout the remainder of the series. During his introduction there was a moral ambivalence about Parker Robbins, but Bendis leaves no doubt as to his criminal soul as he gathers an army of super villains, organising them into an effective force. His method of proving his capabilities to his new army is chilling and effective, and other nice touches include the Avengers determining whether any of them are Skrulls, and Doctor Strange realising the source of the Hood’s mystical abilities.

According to your viewpoint, either the bonus or the drawback of the Hood’s involvement is that there are two prolonged sequences of his army and the heroes battering the bejaysus out of each other. The second has a rather convenient ending to boot, although one instrumental in removing a plot barrier to Secret Invasion being an effective story.

After Secret Invasion concludes come back here and take a look again. Bendis is very clever indeed in how he plays out his plots.