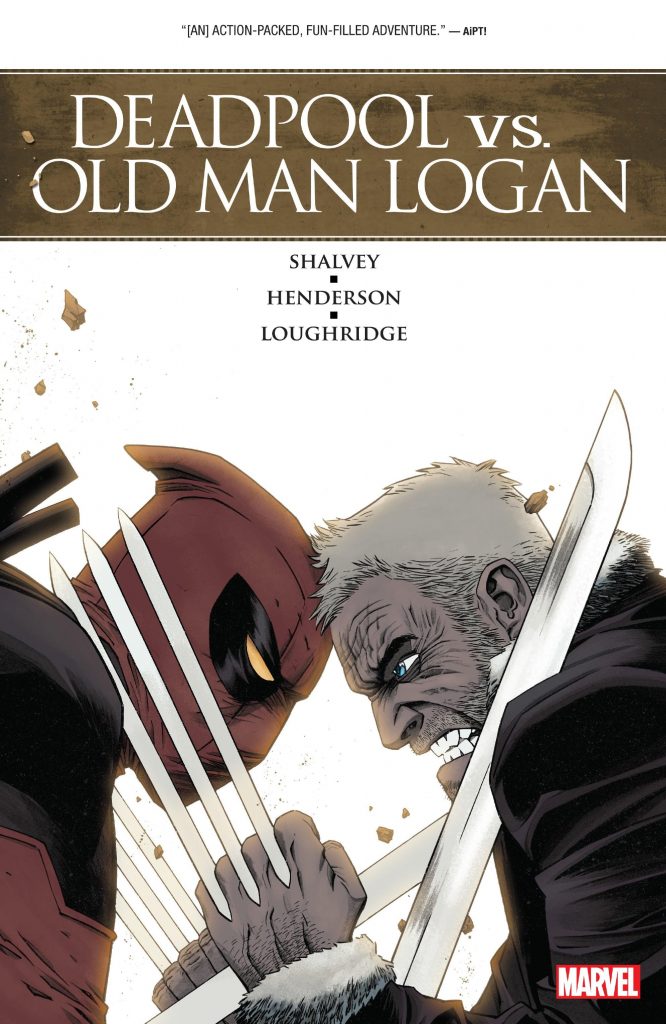 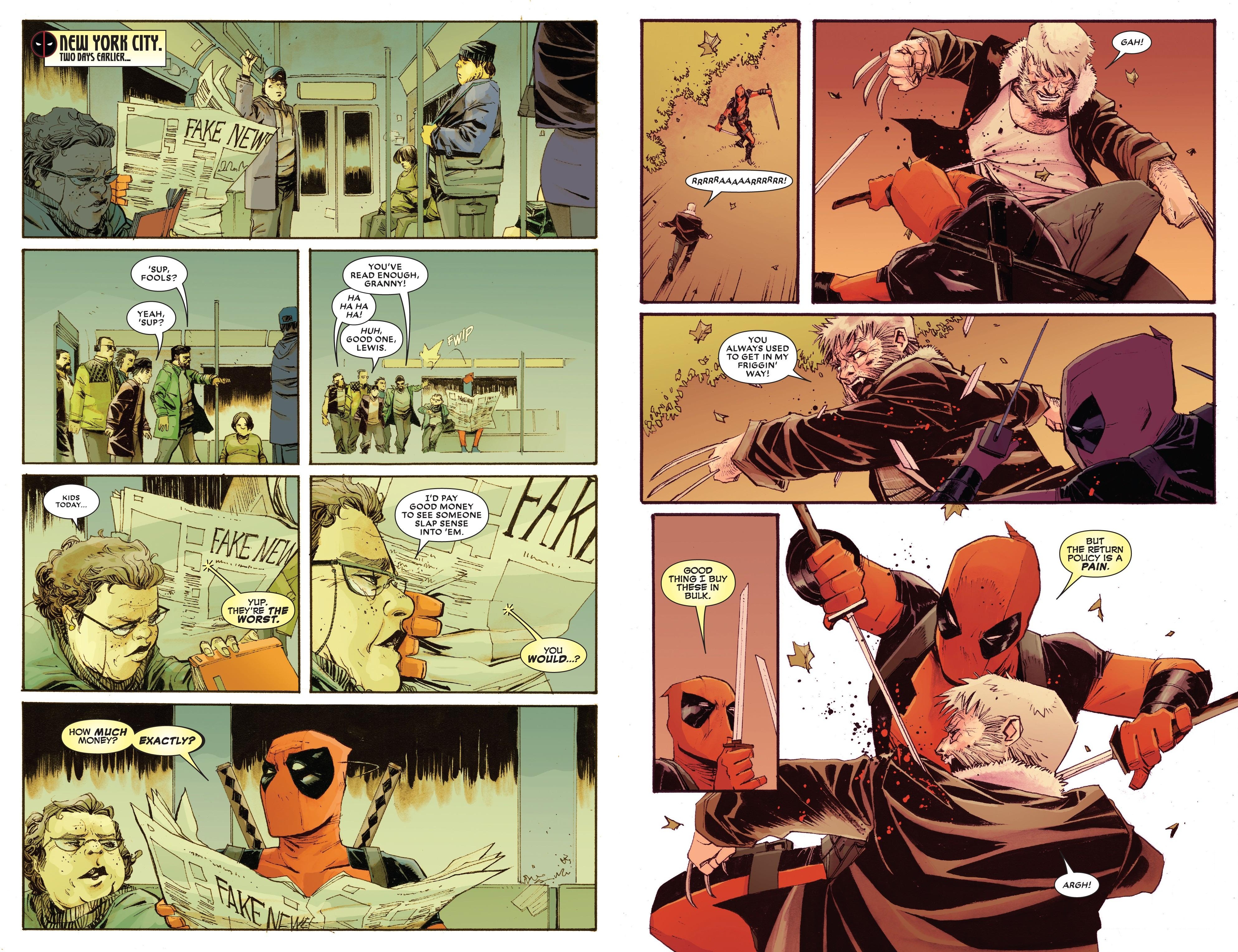 Declan Shalvey has a novel method of beginning the hundred pages of mayhem he and Mike Henderson put together, by having Deadpool and Old Man Logan meet on a New York subway station. Logan’s already tracking newly manifested mutant, Maddie, never given a last name, and he’s not the only one. A group of heavily armed and armoured corporate mercenaries are on her tail. Logan suspects their intention is to weaponise her teleporting abilities, and he’s not usually wrong about these things.

Shalvey straddles the fine line between humour and adventure so successfully exploited by Marvel films, as Logan plays the ideal straight man to Deadpool’s unhinged ramblings. Starting with a prolonged chase sequence, he evolves the story into something else, and until the final chapter, the ‘vs.’ element of the title comes out in small moments between two naturally opposite characters. The taciturn and considered Logan can’t put up with Deadpool’s stream of consciousness random nature and attention deficit disorder, so while they’re reluctant partners they’re in conflict, although it’s largely set to bickering level. That doesn’t matter as Logan and Deadpool are just the necessary commercial priorities Shalvey uses to investigate the possibilities of someone able to teleport objects. In the scheme of things that’s a relatively minor super power, yet time and again Shalvey finds an interesting use.

Henderson’s not an artist afraid of the view from a distance where he has to produce full figures and backgrounds, which is good as the story wouldn’t work without that. It sometimes needs a sense of scale and sometimes needs some intimacy, and Henderson’s fine with both. He also has the courage to be seen as not the artist he might be, which is rare. The script calls for some concealment and deception, which makes it seem as if Henderson’s not the best of artists over the opening chapter when objects appear out of thin air. He’s just fine, though, drawing a suitably grizzled Logan and a madcap Deadpool.

While he makes a good case for the dangers of uncontrolled teleportation, the one piece of Shalvey’s story that doesn’t ring true is that somehow it’s a power that’s best left to be exploited by commercial concerns, as decided by Logan. Both he and Deadpool’s pasts have provided personal experience of the opposite, so it’s prioritising the convenience of the plot above the characters. Otherwise Deadpool vs. Old Man Logan hits all the right notes. It’s fun, it’s well drawn and it’s unpredictable.