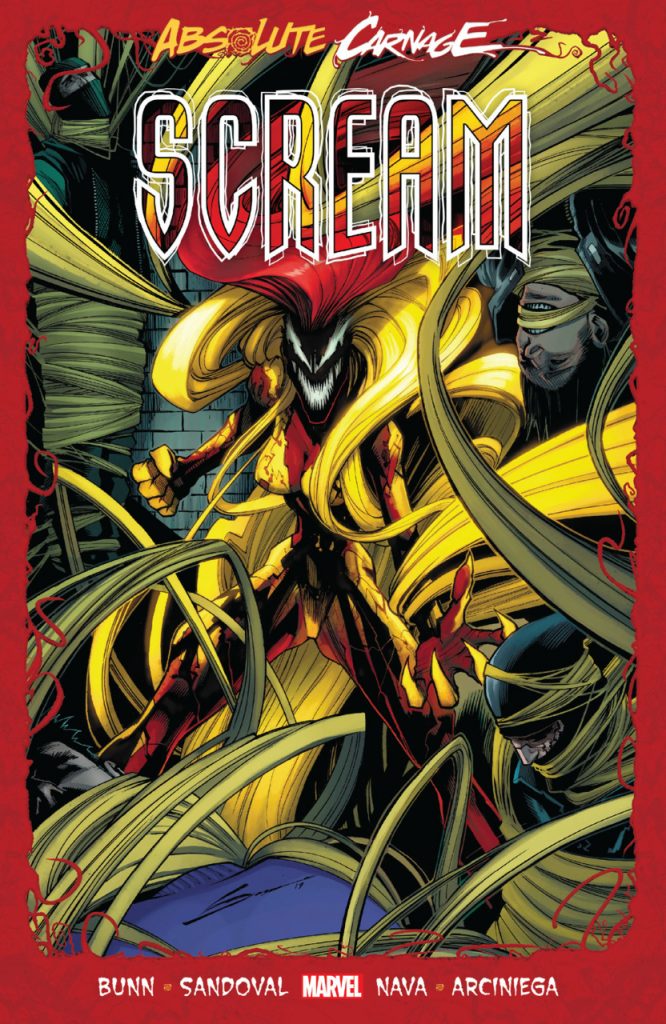 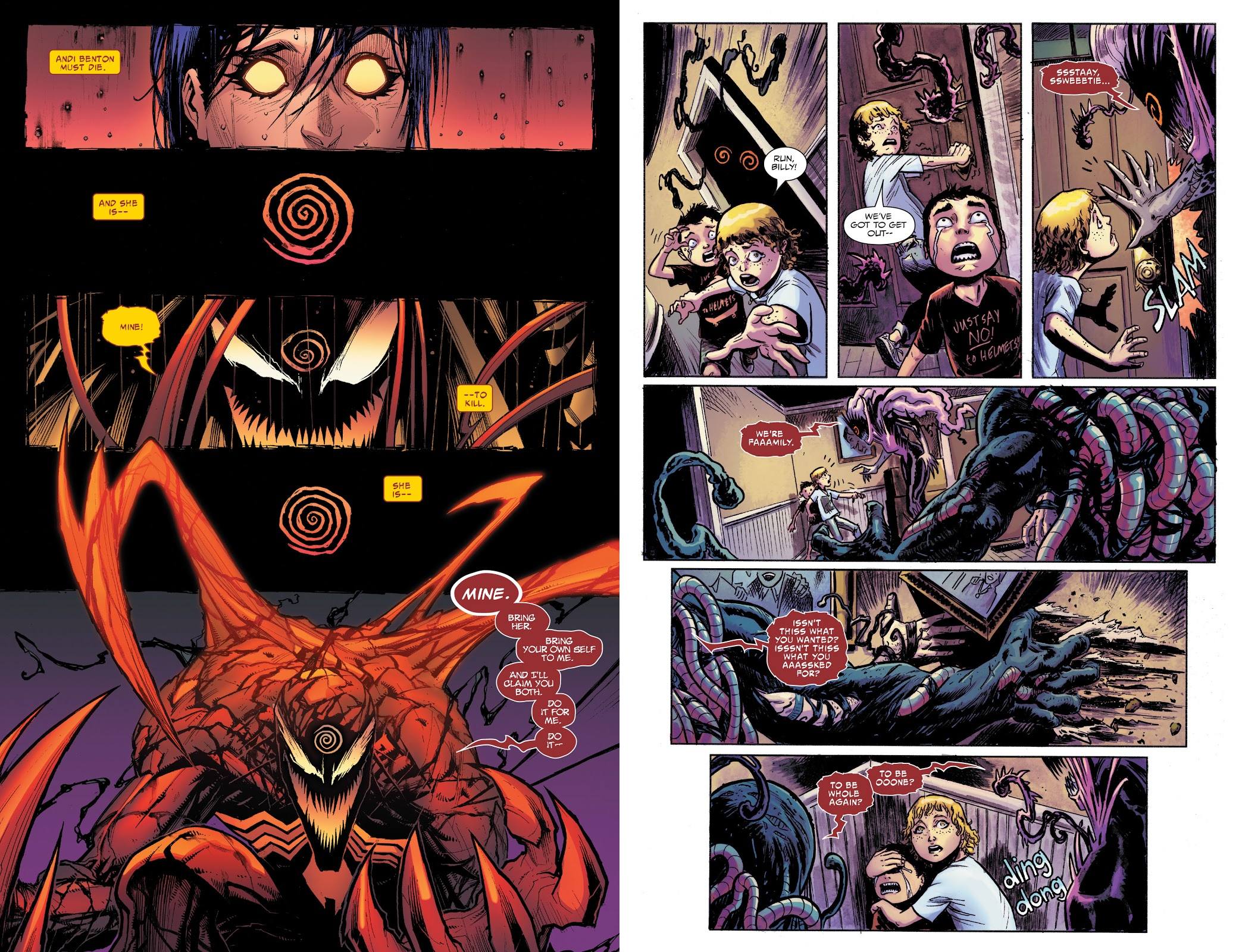 Back in the earliest Venom solo stories Scream was a character rocking a different design, but also infected by a symbiote. She’s been long forgotten as other symbiotes emerged, possibly because the stories in which she appeared were among the worst Venom. As part of Absolute Carnage, however, all kinds of long-forgotten symbiotes returned, dragged back into life by Carnage. Scream isn’t the only resurrection Cullen Bunn shoves back into the spotlight. Both Patricia Robertson and Andi Benton briefly hosted a symbiote, and that makes them a target for Carnage.

Perhaps people who read Venom back in the day will be happy to see Gerardo Sandoval illustrating versions of the missing, but Bunn really doesn’t have much to say about them, and when it comes to halfway and he opts for a massive info-dump over an entire spread, the heart sinks. The saving grace of that spread is Sandoval’s gruesome montage of assorted symbiotes, and drawing them is his artistic strength, but his people are posed and static. Fortunately for him, he doesn’t have to draw them too often.

The entire purpose of Scream appears to be to re-establish her as a presence, but there’s little to her other than being a female Venom. Is that enough?

Scream was once part of a team of four other symbiotes, last seen wandering around combined and possessing a dog, and they turn up in Clay McLeod Chapman and Brian Level’s back-up strip. Being a more compact single chapter Chapman has to compress the emotional drama and institutes immediate sympathy by introducing the small child of a parents having the full hammer and tongs row within screaming distance. It becomes children in a haunted house scenario, but well written with high tension sustained, and very nicely drawn by Brian Level who’s a name to look out for in the future. It’s grim and bleak, far better than the title feature and raises the overall quality.