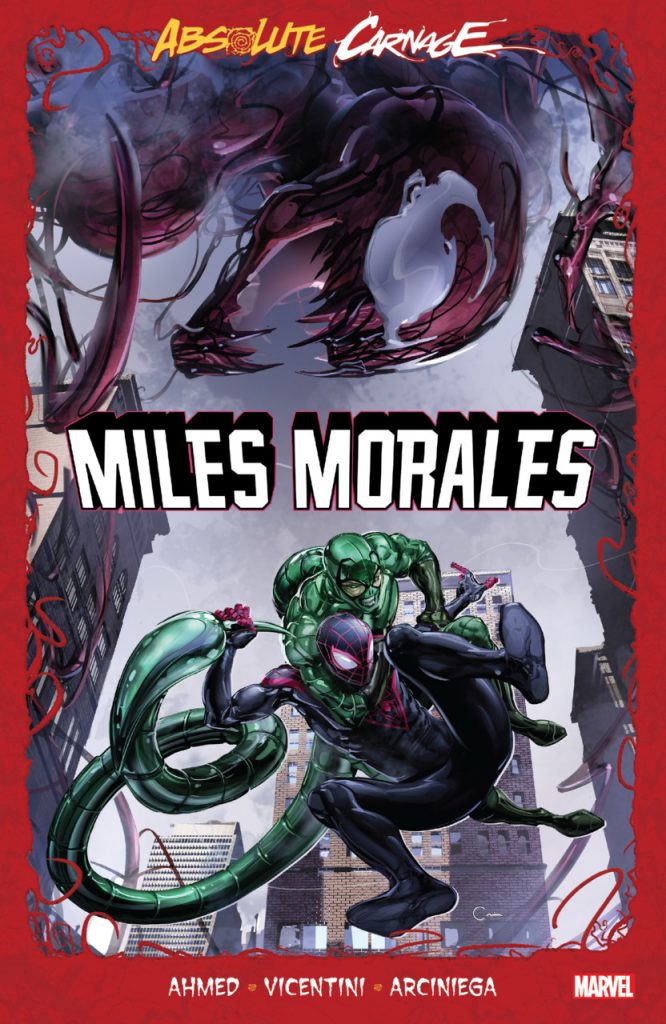 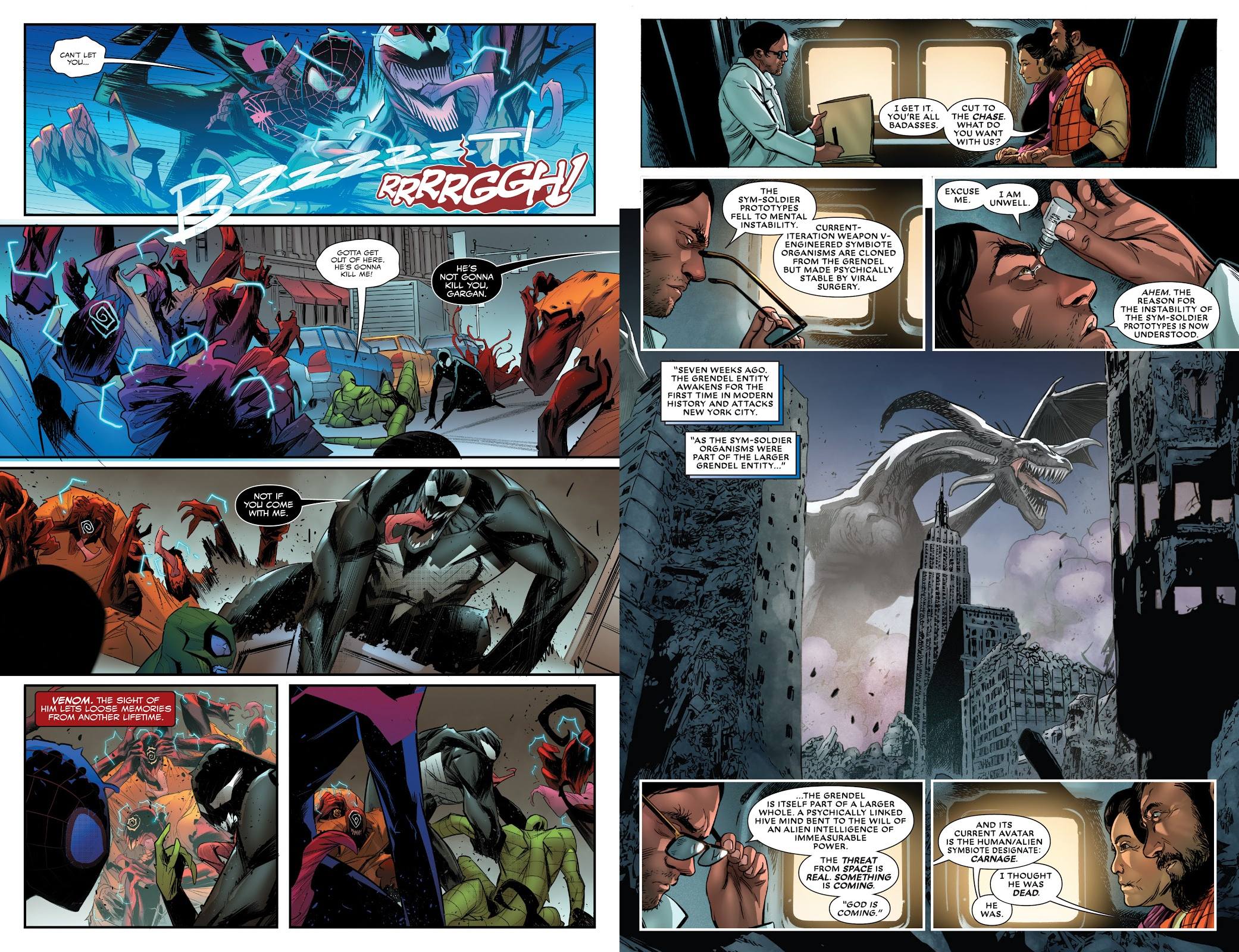 In the primary Absolute Carnage story the presence of Mile Morales is somewhat the mystery. He’s there for a while, his power charge proves useful, and then he’s gone again. The main story here explains his involvement, which begins when depending on your viewpoint, he’s in either the right or the wrong place when the Scorpion starts tossing cars about. It turns out to be precisely the wrong place when a platoon of Carnage’s little envoys turn up looking to kill anyone who’s ever been possessed by a symbiote. The Scorpion is on that list.

Saladin Ahmed’s dialogue is too earnest over the narrative captions, but the dialogue balloons have the required freshness, which is a relief. There’s a need for a guest star over the middle chapter, and the final chapter provides a surprising transformation, but this never rises above standard filler. Neither is there any great compensation from the art. Federico Vicentini works in a very angular style without a great deal of depth, and the flatness of some crowded panels resembles a medieval frieze.

Stefano Raffaele draws the back-up Weapon Plus feature, coming with a formidable track record of involvement in European horror graphic novels (see recommendations) and a storytelling solidity. That’s matched by a facility for creating the unimaginable. It’s far better art than the lead feature, and Jed Mackay’s story is also an improvement, although it’s set before the core graphic novel, so the placing here means it’s rather lost. Weapon Plus is a sinister organisation that over the decades has attempted to replicate the program that created Captain America, but it’s become an ethical void sanctioning any type of cruelty in the name of an outcome. They and Carnage deserve each other. We’re given someone to root for, suspense, horror and good art, raising the overall up to average, but perhaps you’d be better off searching out the original comic.