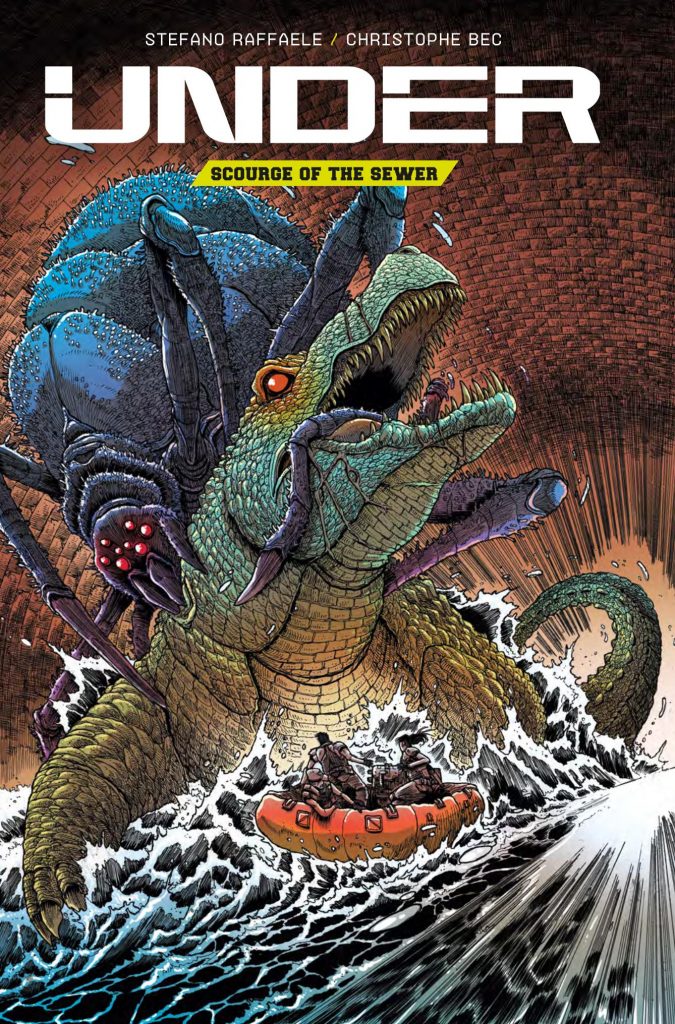 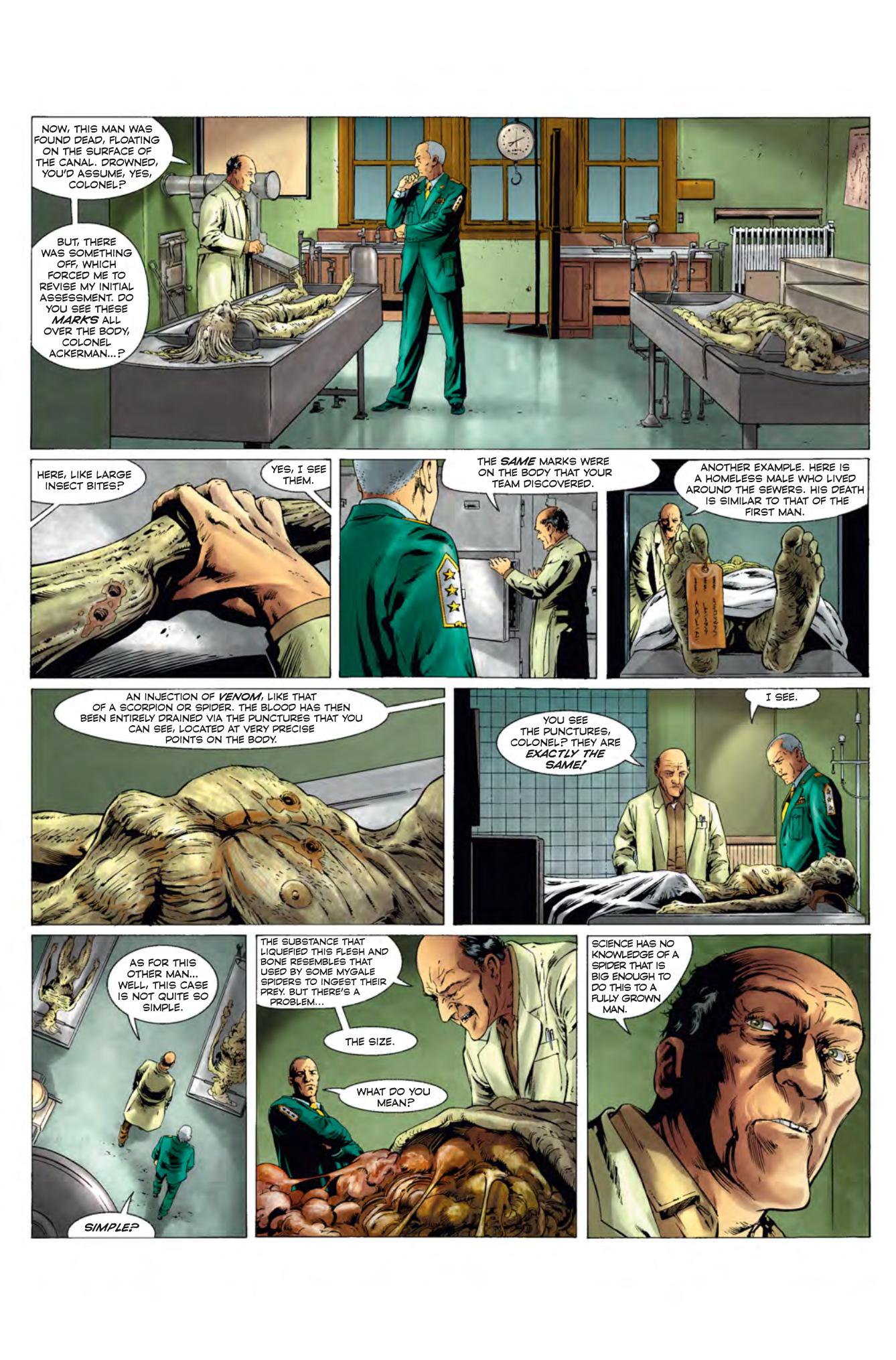 Christophe Bec and Stefano Raffaele are a name brand when it comes to intelligent horror graphic novels, and Under continues their run. The evocative cover ensures no-one can complain they don’t know what they’re getting.

Not quite echoing Judge Dredd, in the near future the American city of Megalopolis is a technologically advanced location with plenty to be proud about. Police officers Jeffrey Reyes and Wilson Jericho are assigned to protect cryptozoologist Sandra Yeatman investigating rumours of giant animals in the newly created sewer system, mutated by the release of toxins into the water. For water patrol veteran Reyes it’s just another job, but Jericho has fallen some distance after a botched hostage rescue, so for him patrolling the sewers is about as low as it gets.

Bec’s plot sticks very closely to the horror movie template. He introduces his protagonists, spotlighting a few early mysterious deaths, having the primary cast encounter creatures beyond normal experience, yet ignored by the authorities more concerned with covering up deaths. He’s wily enough, however, to throw in some wrinkles around that, one being a freelance problem solver for the mayor, and another being the underground scavenging society.

Raffaele’s already proved his horror credentials, but with Under has the chance to indulge in a fondness for Alien. He works well with suspense and shadows, and when revealed, his monsters are slavering, fearsome beasts. There’s also a human horror featured, and with that Raffaele pulls out all the stops for a stomach-churning reinterpretation of a common urban legend. However, frightening the bejezus out of us isn’t his only strength. A laugh out loud comedy moment requires a troop of majorettes marching in a carnival parade, and he delivers the full parade in stunning detail. Strangely, however, his Megalopolis of the future is only populated by white folk, down to the disenfranchised.

Under deals in familiar moods and some stock situations, but creatively reimagined. Jericho’s fall eventually becomes key to events as they play out, adding extra tension and a moral dilemma, and if some characters are too broadly archetypes, it’s not enough to prevent this being a creepy treat.