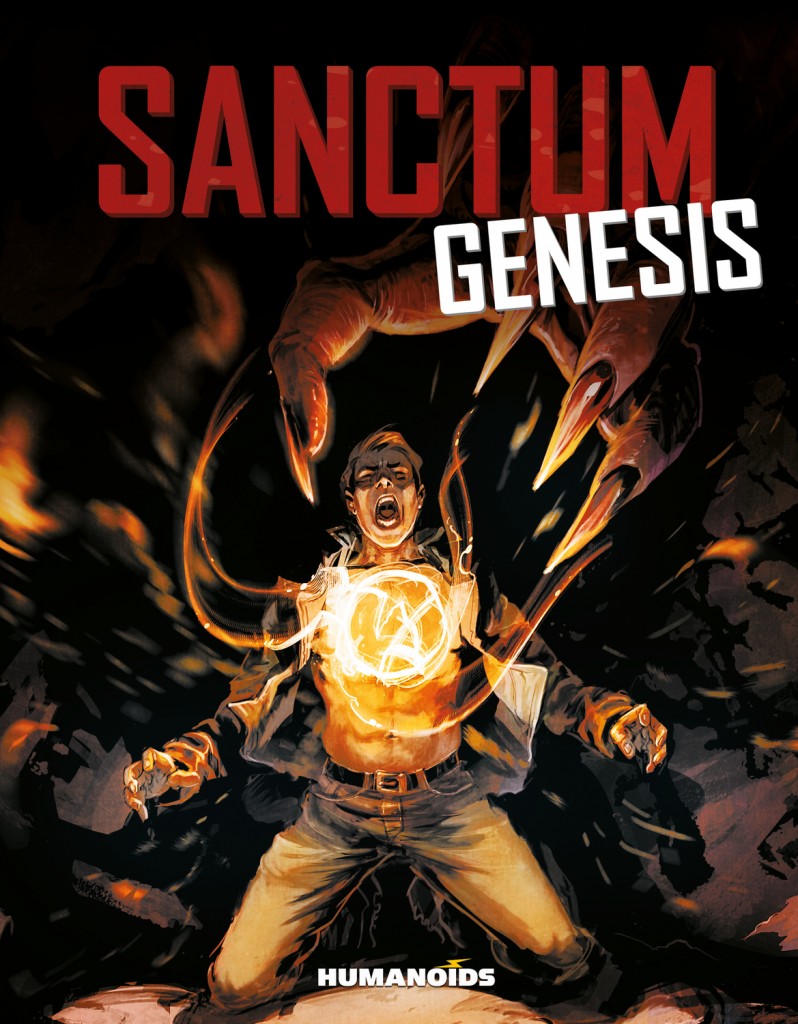 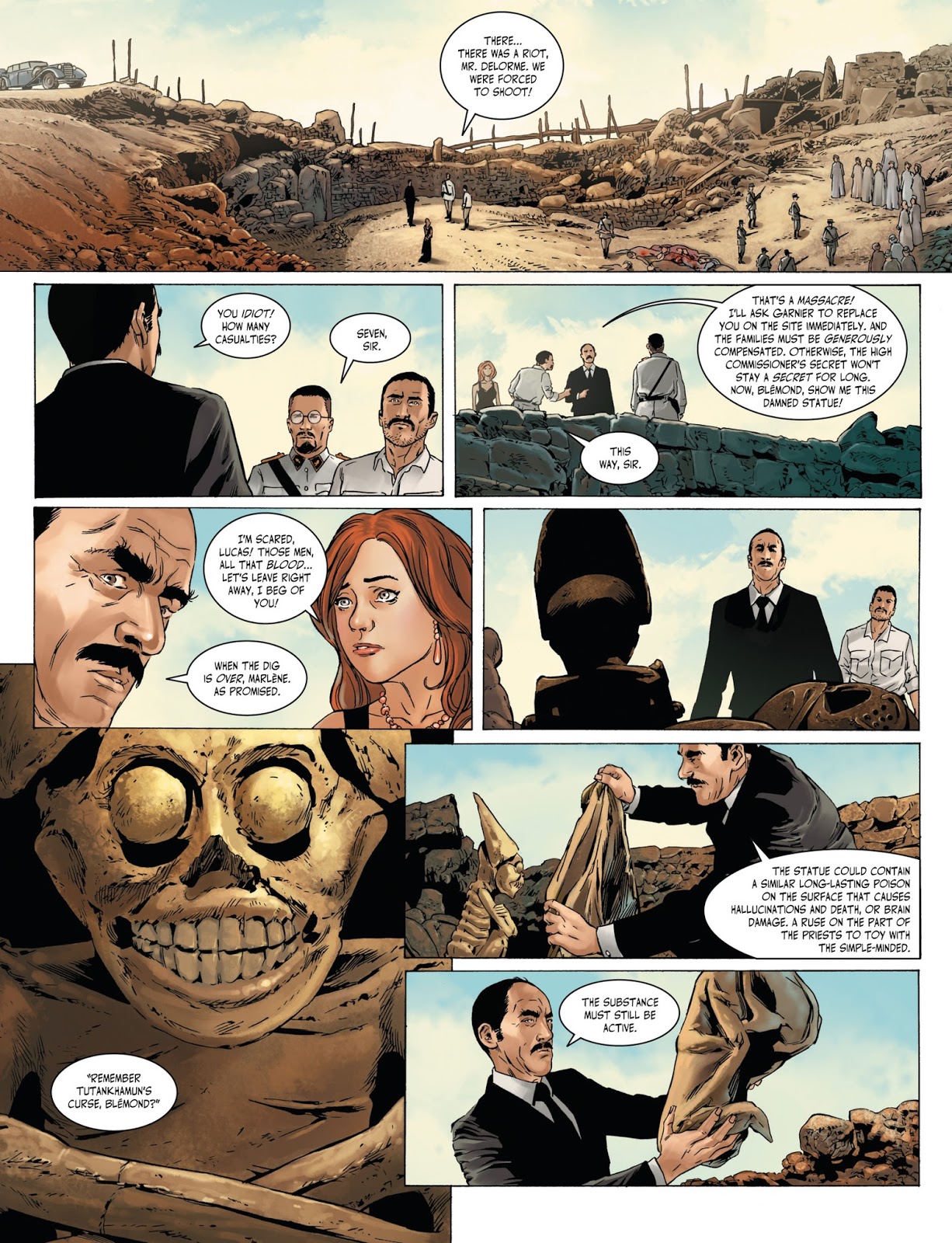 The original series of Sanctum graphic novels, combined into a single volume for English language release, escalated a thrilling journey into terror. They involved an ancient threat imprisoned for millennia discovered on three occasions in the century from the 1930s. The crew of a 2030s submarine were the focus of that story, but learned of Otto Kämper, a German archaeologist with no love for the Nazis of his era.

Christophe Bec’s art for the original story was spectacular, and it’s his plot adapted by experienced writer Philippe Thirault looking back at the 1930s. The Jewish Kämper is tasked by the Nazis to supervise a dig in Damascus where remnants of the ancient Ugarit civilisation have been found. In order to ensure access they assume violent control of an already troubled French excavation, who have been warned by the locals of the horrors they could unleash, and not to continue. Hints of those horrors are already known to Kämper and his French counterpart Lucas Delorme, but the Nazis consider they’re accessing the ultimate weapon. Further complications are the presence of Delorme’s attractive wife Marlène, whom he insists accompany him to every remote location his work takes him, and the hate filled Nazi soldier Hermann Klause.

The curse applied to those who disturb ancient ruins forms a heady brew for artist Stefano Raffaele to deliver, and he’s fantastic. His storytelling style is very much the American method with fast cinematic cuts between talking characters, to which he brings a European compulsion for detail. The ornate look of the Ugarit sculptures and cave carvings on a massive scale are essential to the ambience, and Raffaele has a good take on the frankly terrifying statue seen before. Genesis also depends on a simmering undercurrent of emotional rivalry, and Raffaele ensures this is supplied visually through glance and posture as well as verbally.

Thirault cleverly circumvents the handicap of what’s unknown to Kämper being known to anyone who’s read Sanctum by being explicit from the start, but it’s the reason Genesis doesn’t quite attain the heights of its predecessor, which is the only aspect in which it fails. That had a largely sympathetic crew facing the unknown, but there are very few likeable characters here, and the unknown is known, so reducing the tension. Genesis has its own intense atmosphere of claustrophobia and ought to please anyone who’s first read Sanctum. Anyone who hasn’t will wonder why there’s any quibbling about a first rate thriller.