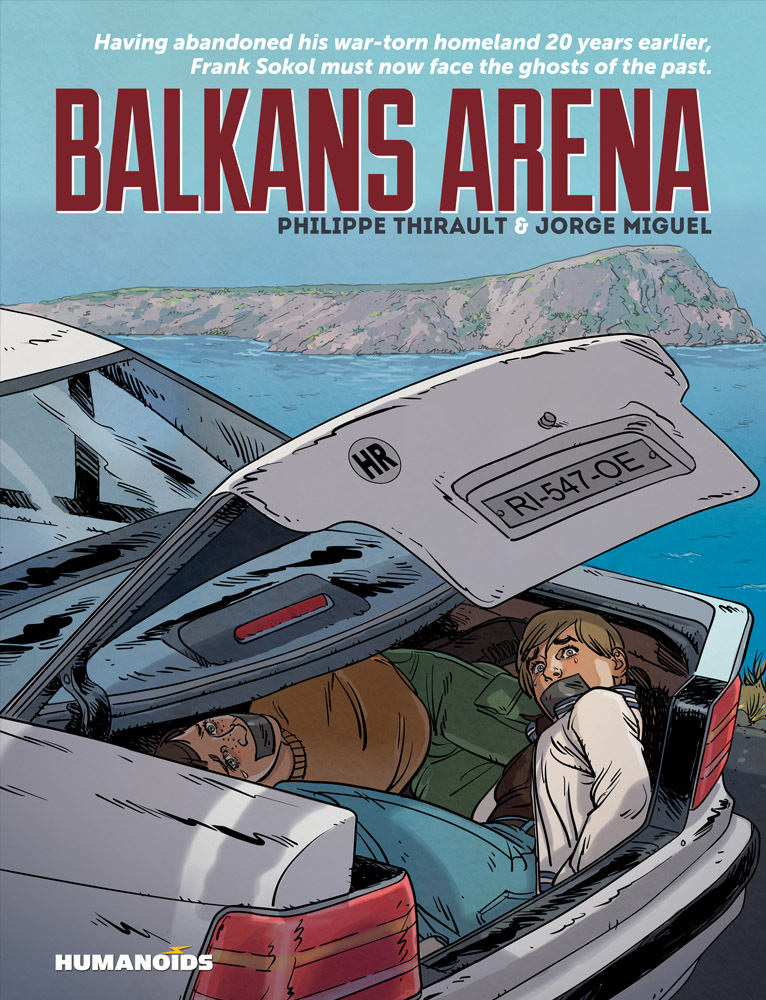 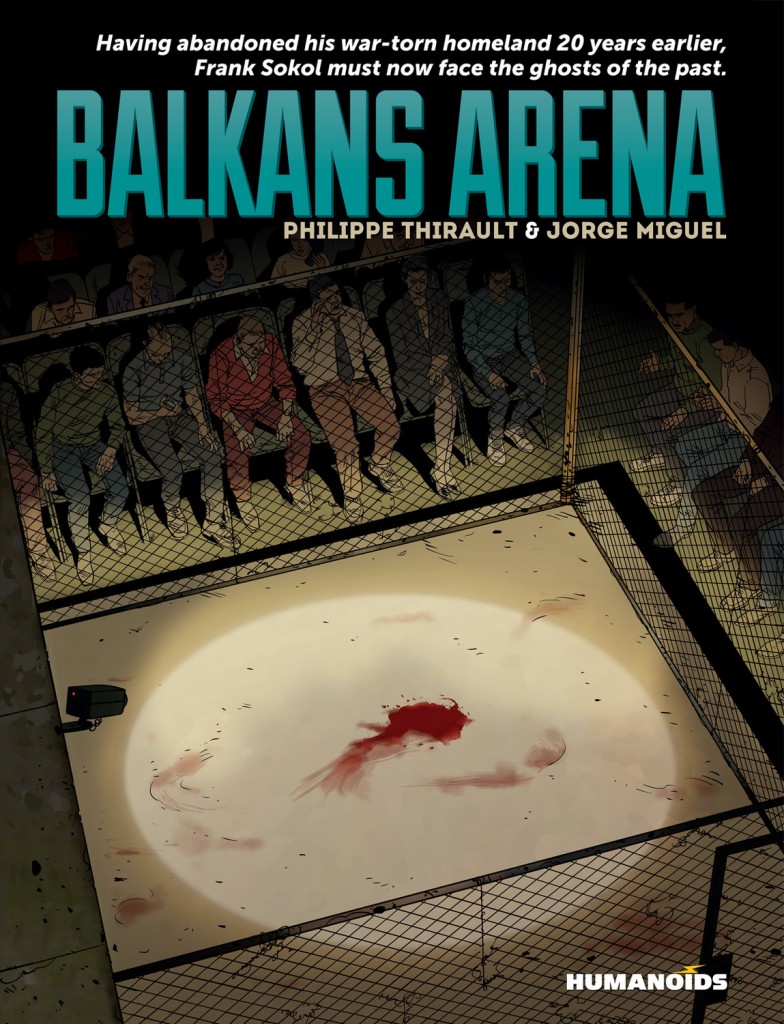 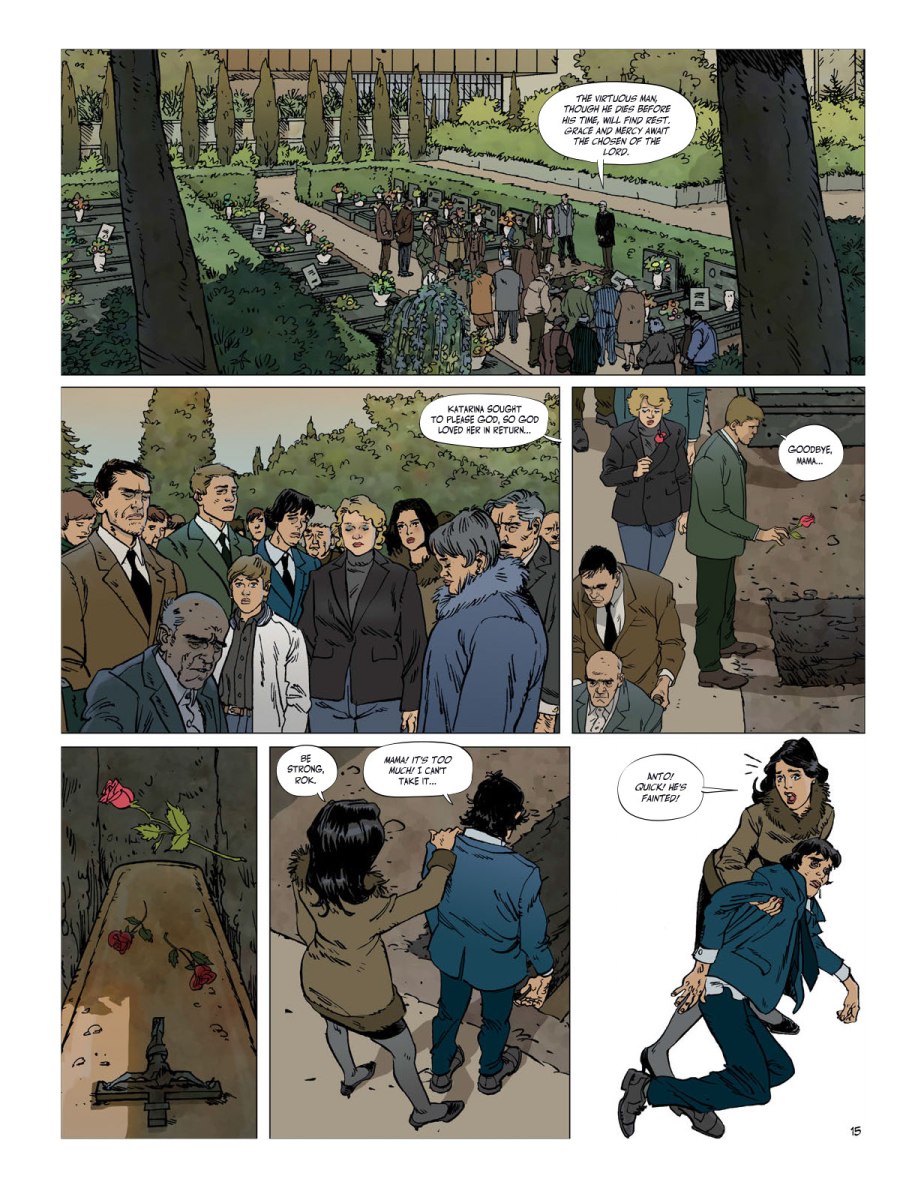 Balkans Arena opens with a glimpse at the atrocities that occurred in what was once Yugoslavia in the early 1990s, depicting a stomach-turning piece of casual cruelty. We then switch to Canada where Fran Sokol has built a new life for himself as Frank, a fireman. He fell to pieces when his wife died, neglecting his young son Ben who lives with his grandparents. When Fran is informed of his mother’s death he returns to Croatia with Ben. He walks right into seething family resentments, and other unresolved other issues, but far worse is to come. Ben is abducted, and Frank receives little help from the authorities or the Canadian embassy staff.

It’s at this point that Philippe Thirault’s script very much begins to resemble the film Taken. This isn’t a great problem, as it’s a decent template from which to construct an action thriller, and he alters the specifics enough to make the central premise the only real similarity. He invests a good deal of time building Fran’s family relationships for later use, beginning with Fran making his stand and insisting Ben accompany him to Croatia over the reasonable objections of his grandparents. It twists the emotional screw, and once the story shifts gears we discover Thirault’s very good at that.

There are no ransom phone calls, and no hollow threats. Ben’s abductors have a cruel and terrifying use for him, and while haranguing an inactive police force Fran learns that other young boys have disappeared in the district. From the halfway point Thirault ramps up the tension superbly, revealing the tendrils of influence Ben’s abductors have, and their brutal methods of ensuring it remains that way.

He’s coupled with a great artist in Jorge Miguel. Is it any wonder mainstream American comics are increasingly turning to overseas artists when they can pick and choose from work of this quality. Miguel is skilled at every aspect of presenting a story from the tense action sequences to everyday scenes, never showing off for the sake of it, yet still supplying a superb looking book.

Having constantly surprised from the start, the final reel lacks the preceding tension. There is a formula applied, and Thirault adheres to it even in the knowledge that the readers can, within certain parameters, predict the outcome. It would be harsh to consider it disappointing, but it fails to live up to the remainder. There’s also a very rushed epilogue when a little greater exploration of the circumstances might have been more satisfactory. It’s as if the final pages have been product tested by a selected audience of rural Ohio teenagers for crowd pleasing effect rather than maximum narrative punch.

As the predictability is only over the final ten pages of a hundred, Balkan Arena remains almost top of the range, as far as action-thriller graphic novels are concerned.