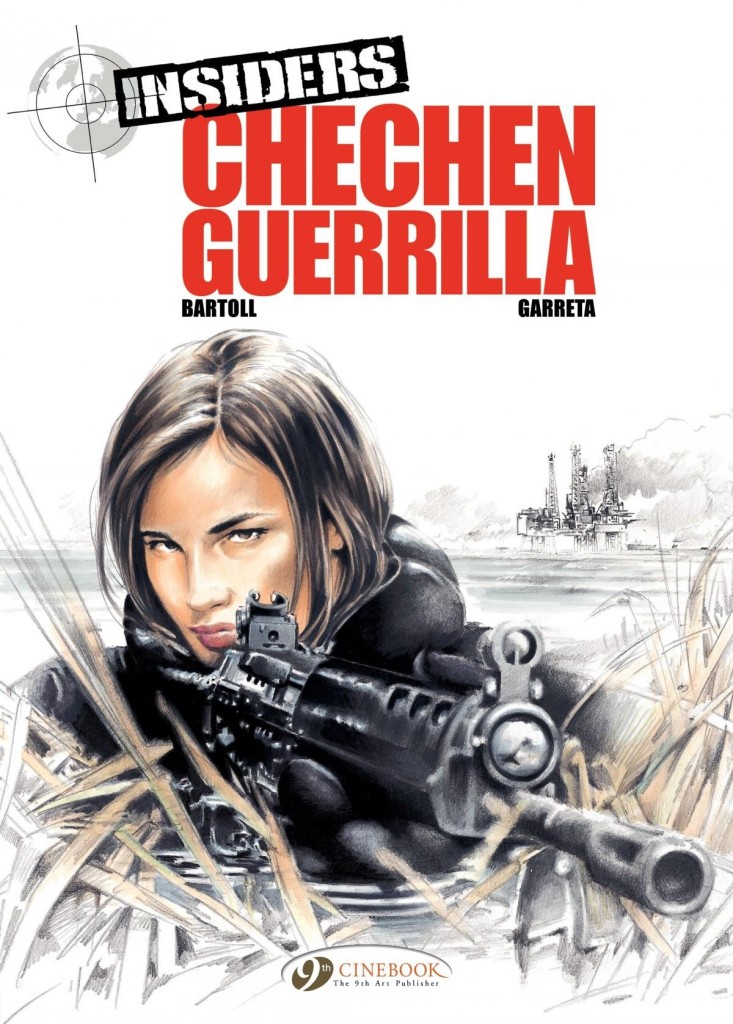 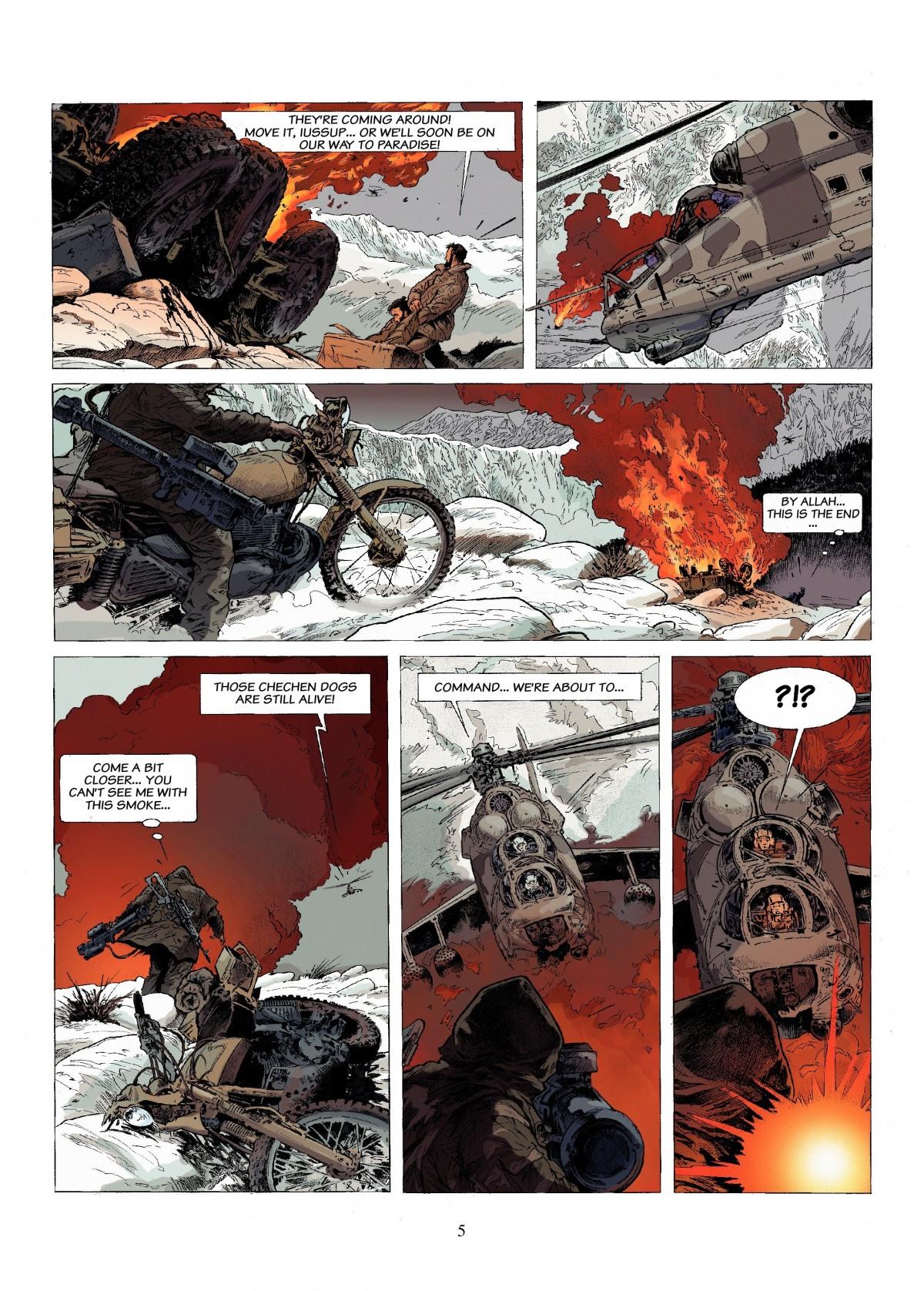 Insiders is another in what’s almost an assembly line of astonishingly well illustrated European action thriller graphic novels now receiving a 21st century English language translation. It only requires a rapid flick through the pages to see the spectacular battle scenes, resplendent scenery and alluring cast.

Go further than that, though, and there’s a major problem. Chechen Guerilla reads as if scripted for a British boys’ adventure comic of the 1960s or 1970s, when all dialogue was expository or expletives. The opening pages update the German clichés for Arabic (“By Allah this is the end!”) or Russian (“Those Chechen dogs are still alive.”). And that’s when it’s not describing the obvious: “move it Russup or we’ll soon be on our way to paradise”, or providing great wads of explanation: “Granted we don’t have that many drilling concessions. We’re only present in Uzbekistan and Burma… and a few rigs in the Gulf of Mexico… but still, the Saudi market represents one fourth of the world’s oil reserves!”. It’s incredibly clumsy and as Cinebook material is well translated the fault would seem to lie with writer Jean-Claude Bartoll. Elsewhere it’s a case of “I’ve done my research and you’re going to know about it”. There’s so much of this stuff over the first dozen pages that the thought of wading through over eighty pages more kills the desire to read any further. It doesn’t improve.

The nub of the plot is that former CIA agent Dick Matthews has direct access to the US President, and convinces him to sanction a budget for a new security agency without ties to the existing organisations. The threat justifying this is a global criminal empire with tentacles stretching everywhere. As the President notes, just because Matthews is paranoid doesn’t mean he’s wrong, and Matthews will report directly to him. Elsewhere the narrative flits around to spotlight Chechen rebel Najah, and gangster Sam Nachez, a global operator, both in a different location pretty well every time we see them. Eventually the action settles on Cabinda, an oil rich area within Angola.

As Nachez and his cronies cackle over the obscene profits they’re going to make, Matthews recruits his team, and lays out the way they’re going to operate. This element is well handled, and gives what’s known as the Insiders a unique method of operation.

Renaud Garreta’s art throughout is spectacular. He obviously enjoys the action scenes far more than the talking heads swamped in dialogue, but is professional enough to ensure those are also well drawn, switching viewpoints to diminish the tedium.

This book combines the first two French graphic novels, so within Operation Offshore the plot coalesces. The complexity works against entertainment, though, as Bartoll introduces so many characters that constant vigilance is required, and the perpetual switching of locations around the world also minimises tension. Insiders is further sucked dry by the constant explanations, very few required in such detail, and the resolutely poor dialogue.

At the end it’s revealed this book (or two) was just the prologue. A battle has been won, but the war continues in Missiles for Islamabad.