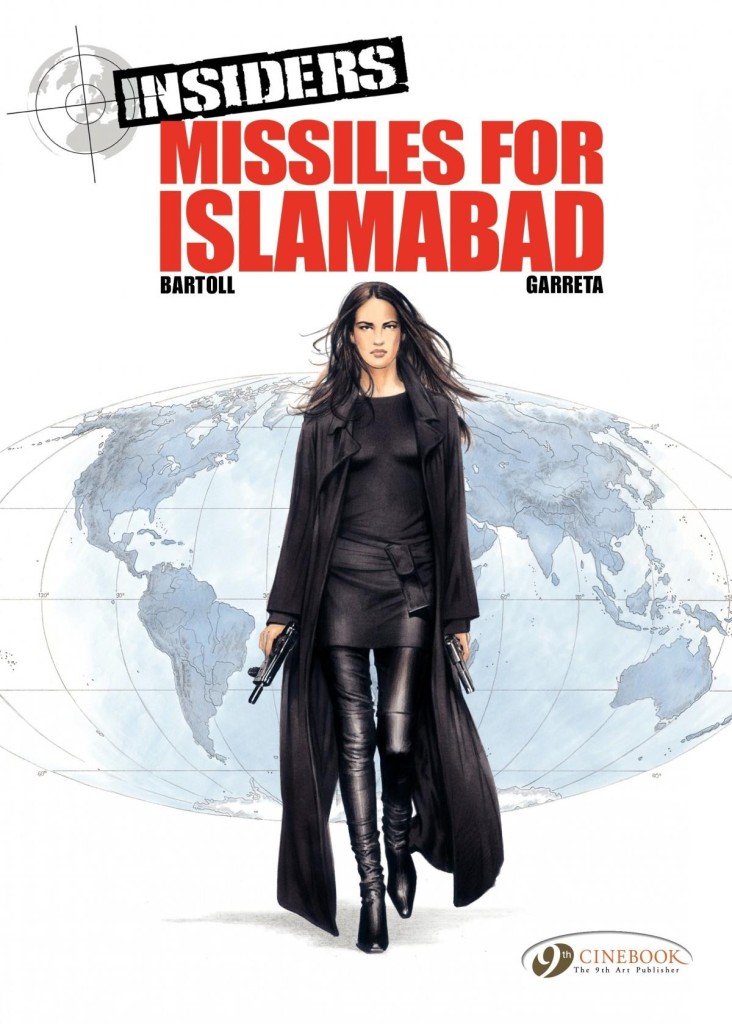 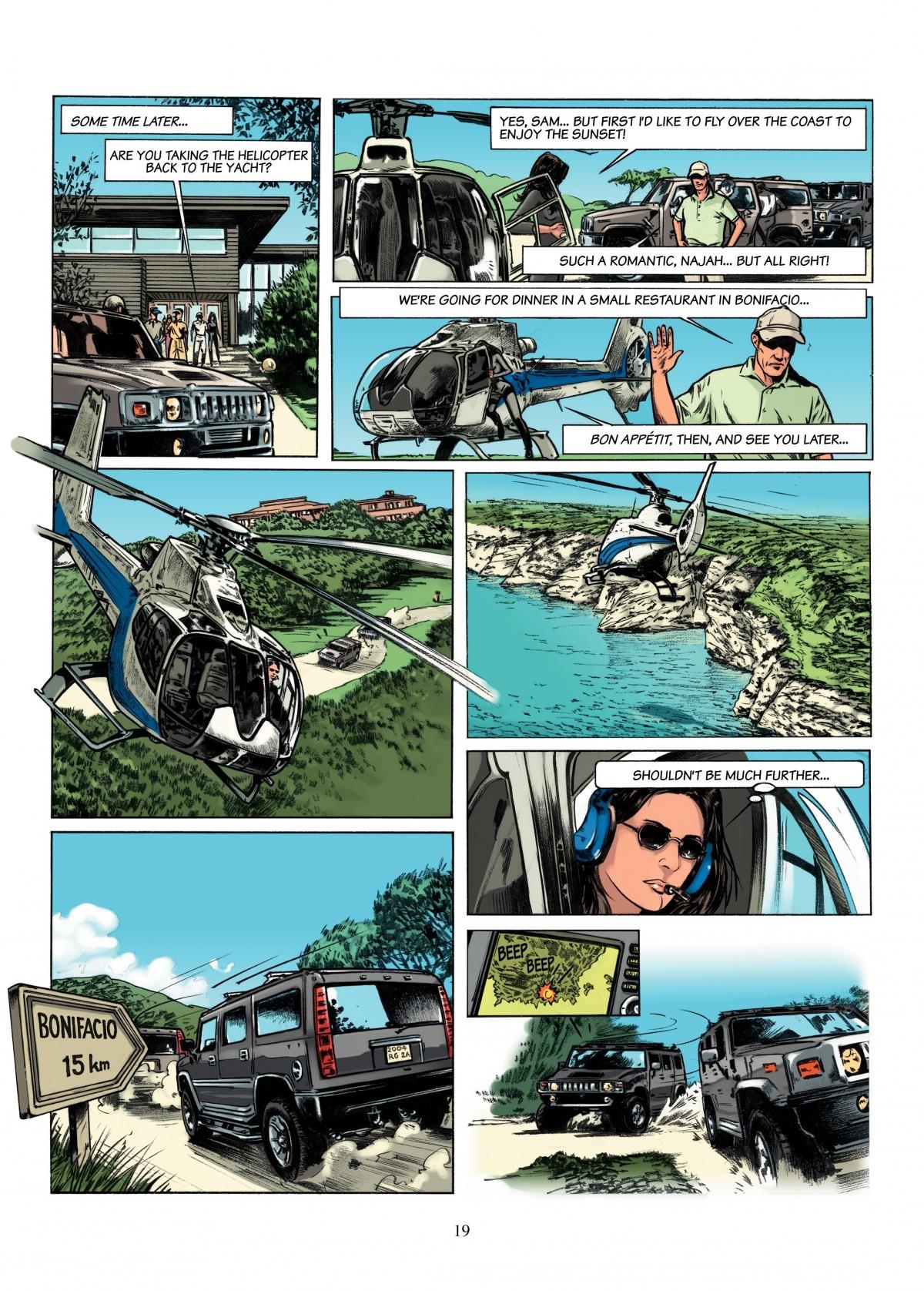 After an introductory volume combining the first two French albums of Insiders, we’re now down to like for like as the series of graphic novels continues.

As seen in Chechen Guerilla, Najah Cruz is an exceptional woman with a chequered past. Possessing strong ethical and personal motivations, she’s been recruited into a US run secret agency aimed at bringing down a global criminal organisation whose influence stretches into governments and multinational corporations both in the US and elsewhere. Resourceful and skilled, Najah has become trusted by one of its leaders Sam Nachez, after rescuing him from certain death as his machinations in Angola took a setback. Those already close to him, however, don’t trust her.

It’s artist Renaud Garreta who’s the star of the show. Whether illustrating the glamour of Monaco’s yachting community during a Formula One race or the bustling streets of Pakistan his locales convey the required atmosphere. He loves drawing vehicles, yet is disciplined enough to provide a cinematic variation to the many conversational scenes.

While Najah’s undercover status isn’t without its problems, matters are far more serious in Washington for the other two members of the Insiders, neither of whom are in the best of health by the midway point. Vested interests have discovered the organisation exists and want more information, whatever it takes.

Chechen Guerilla was far from an unqualified success, burdened by an over-complex plot, an extended cast, too many extraneous explanations and woefully unconvincing dialogue throughout. Missiles for Islamabad is an improvement in all but one quarter. Jean-Claude Bartoll doesn’t bother to conceal the black hats, which means the reader has the advantage of Najah, still attempting to piece everything together. The remaining weakness is dialogue. While not as poor as previously, much remains expository, and it still lacks naturalism while tending to overwrought: “You’re a spy. I’m gonna waste you Najah!” or “I’ll have your head Najah Cruz or whatever your name is”. Is it not read out aloud before being committed to print?

The plot works its way to Islamabad, ending on a cliffhanger that’s continued in The Afghan Trap.