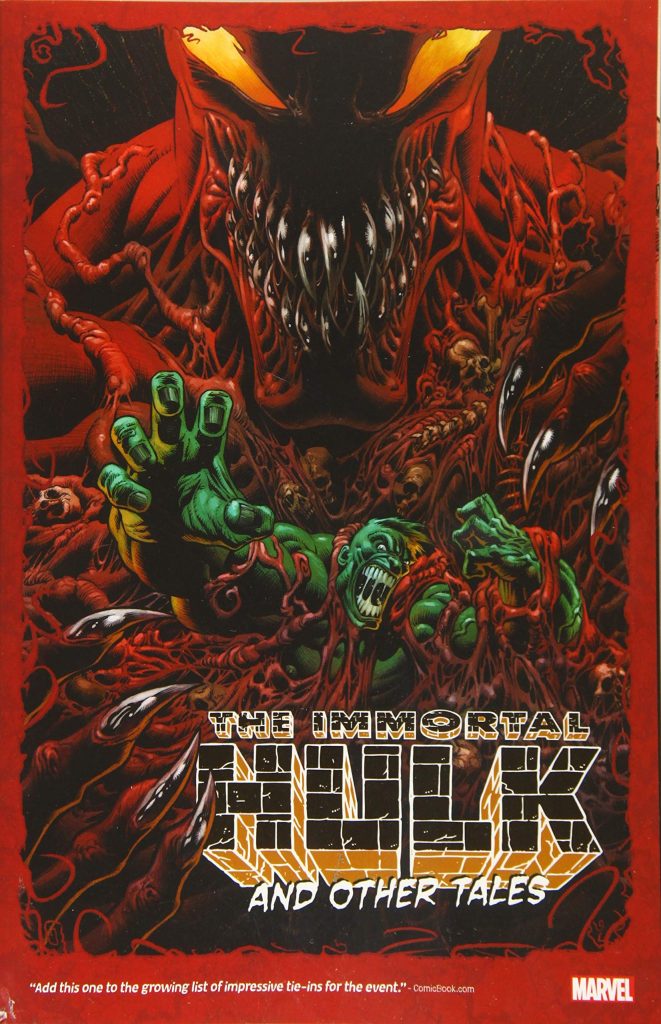 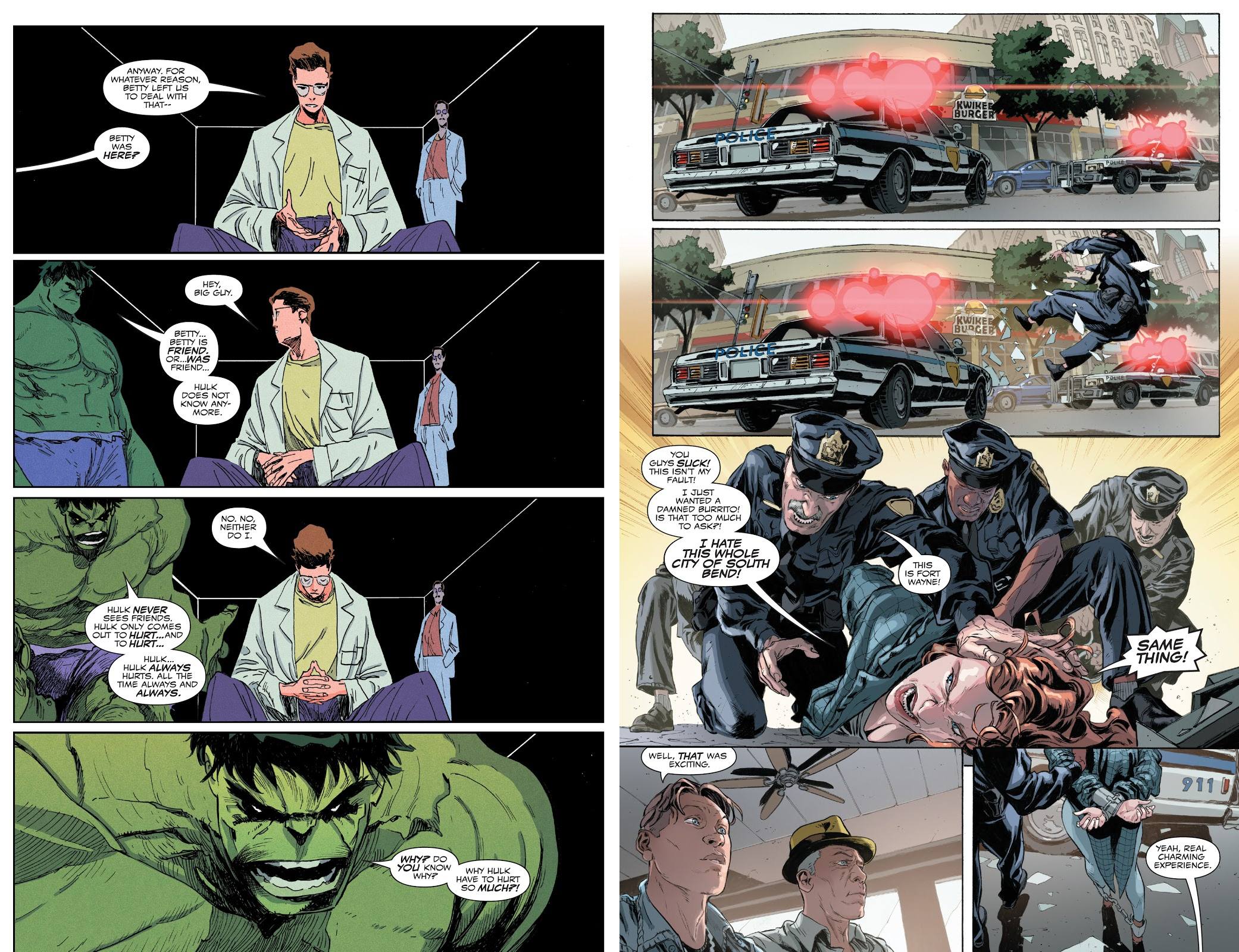 Unlike the other Absolute Carnage tie-ins, this is three single chapter stories followed by four single page outings, and we begin with the Hulk.

There’s an absolutely fantastic moment in the core Absolute Carnage graphic novel where the penny drops that there’s only one reason Donny Cates includes Bruce Banner, and it’s not so he can analyse Venom. Al Ewing takes a different path, because why should he repeat what’s been done elsewhere? Instead he latches onto an incident early in the main story where a mass grave is disinterred and has Banner deliver a monologue about the Hulk’s investigation after the event. It’ll puzzle anyone who’s not been keeping up with Ewing’s Immortal Hulk, and is a smart lead-in to the incident mentioned, nicely drawn by Filipe Anrade, not in the usual bombastic style associated with the Hulk.

Peter David is also associated with the Hulk, but here he picks up on some throwaway scenes from a 1985 Spider-Man comic in which the Venom symbiote took over a few people and then left them some distance away with no memory of how they arrived there. From that David plays out the drama of how one man’s life was altered by the experience. It’s touching, it’s funny, it’s tragic, it’s heartbreaking, and it’s fantastically well drawn by Francesco Mobili. In fact it’s the type of tangential contact with super powers that characterises Astro City, and there’s a kick in the tail as it ties in with the events of Absolute Carnage. The tie-ins have set a reasonable standard overall, but if there’s one single story sitting above the entire selection, it’s this one.

Ghost Rider pitted against Carnage in Ed Brisson’s final story is actually okay, hitting the right beats and drawn well enough by Juan Frigeri, but it suffers in comparison. Had it been packaged accompanying the Scream story it would have been the star turn, but here the unpredictable battle catching up with an old supporting character is the weakest of the package.

Still, it’s a good package, the best of the Absolute Carnage tie-ins, and the humanity of David’s story is worth the book alone.