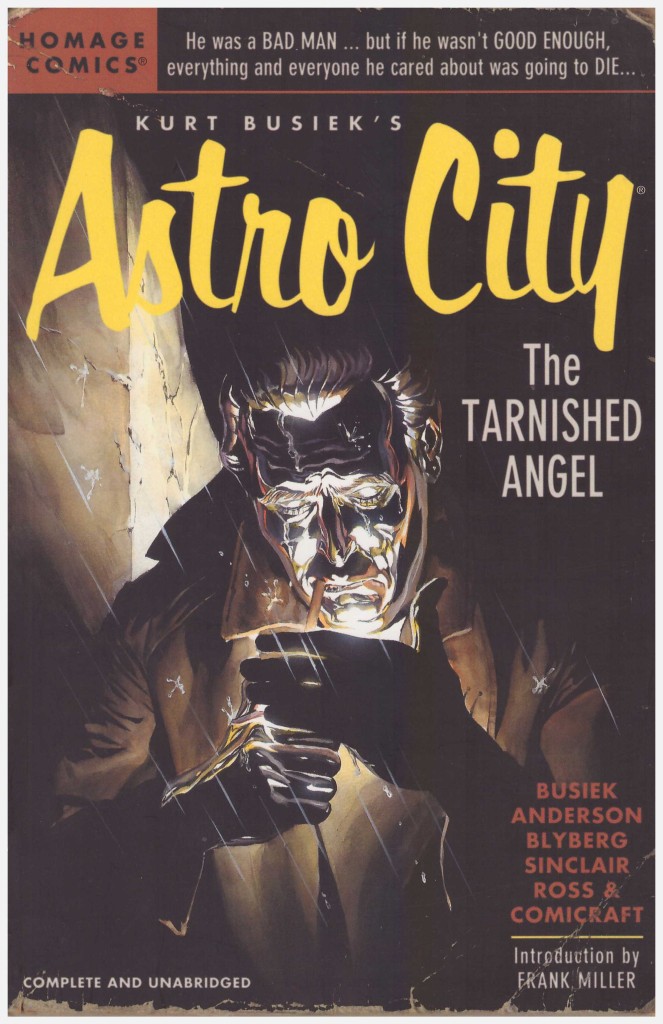 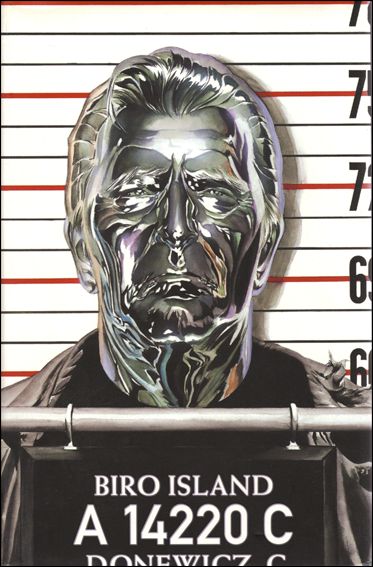 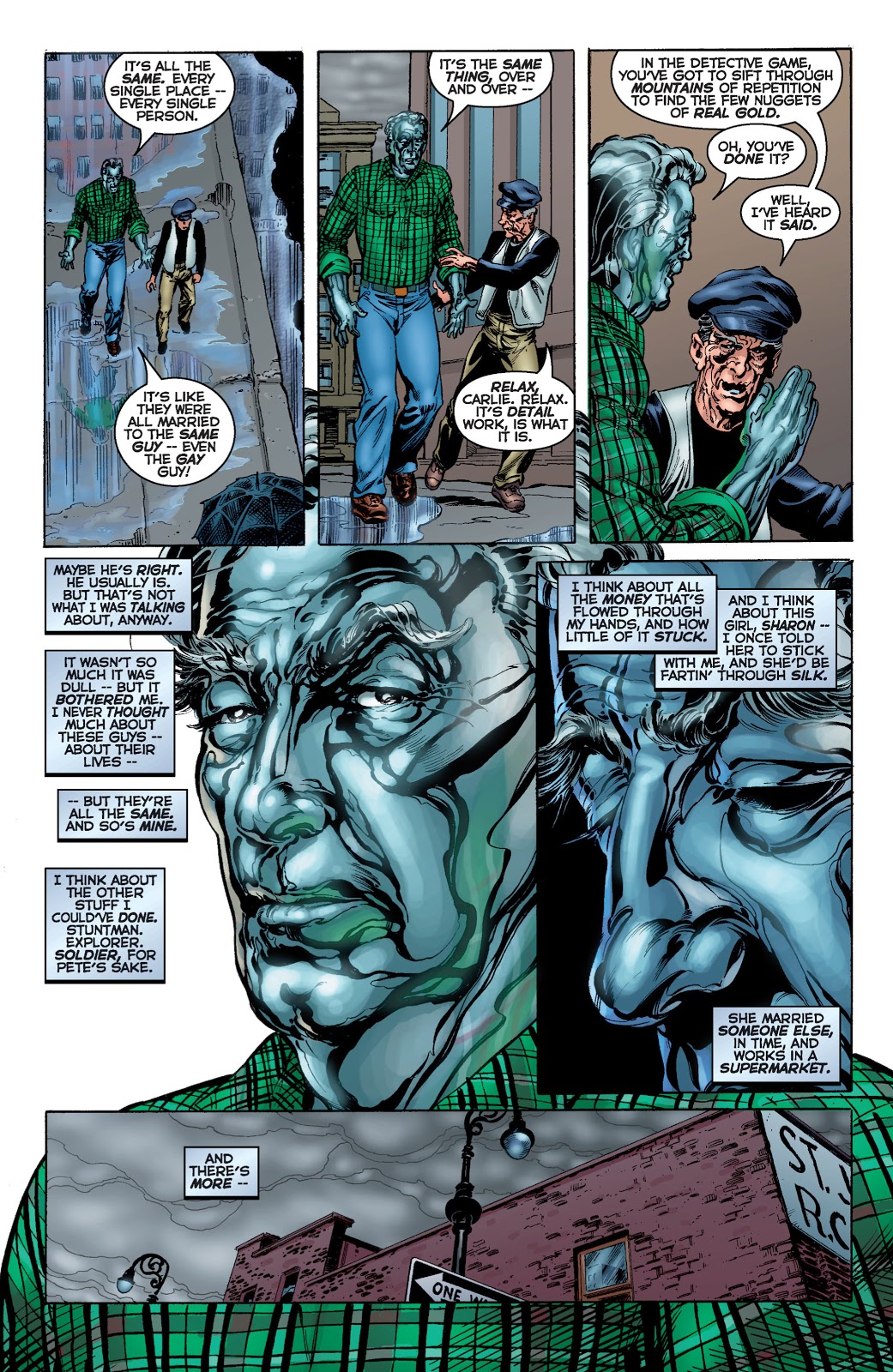 As was the case with Confession, The Tarnished Angel is one extended tale. It starts with a familiar scenario, the down on his luck ex-convict released after keeping his nose clean during a twenty year stretch swearing he’ll go straight. Carl Donewicz has one factor in his favour, though, as since undergoing an experimental transformation he’s the Steel-Jacketed Man, aka Steeljack, his skin covered in a metal substance. It’s pliable enough to permit movement, yet also repels bullets and endows him with super strength. Think of him as a gleaming Luke Cage, and you’re there.

Brent Anderson’s open artwork disguises it, but this is crime noir homage, a clue given in Anderson’s portrayal of Donewicz resembling Robert Mitchum, and handled very well. Steeljack is embedded in the community of Keifer Square, but all is not what it seems to be. There’s also the problem of assorted small-time super-powered crooks turning up dead. Each of them was only going to take one final job before retiring. All the while the local fixer Ferguson is hanging around, being friendly, there with an offer Steeljack finds it ever more difficult to refuse. As his options narrow he’s talking to the families of the recently deceased, and the whirlpool looks set to suck him in.

Busiek constructs an interesting portrait of a man past the prime of life who’s imprisoned just as securely by his levels of self-esteem as he is in his slowly decaying steel skin. This is counterpointed by the story of El Hombre, a former member of the Honor Guard, Astro City’s top ranked group of heroes, and surely deliberate full-time walking cliché as a masked Latin American hero with a whip. His story makes sense in context, but the background applied to the Mock Turtle plummets over the fine line Busiek usually maintains to keep his cast credible. Thankfully, this is only a brief interlude.

Is the entire story a metaphor for the state of comics? Imprisoned for twenty years, a stained lustre, a new dawn? There’s a case to be made, but The Tarnished Angel reads well enough without the speculation. It’s currently out of print, although as Vertigo are re-issuing the entire series with a uniform cover design it’s unlikely to remain so for long.