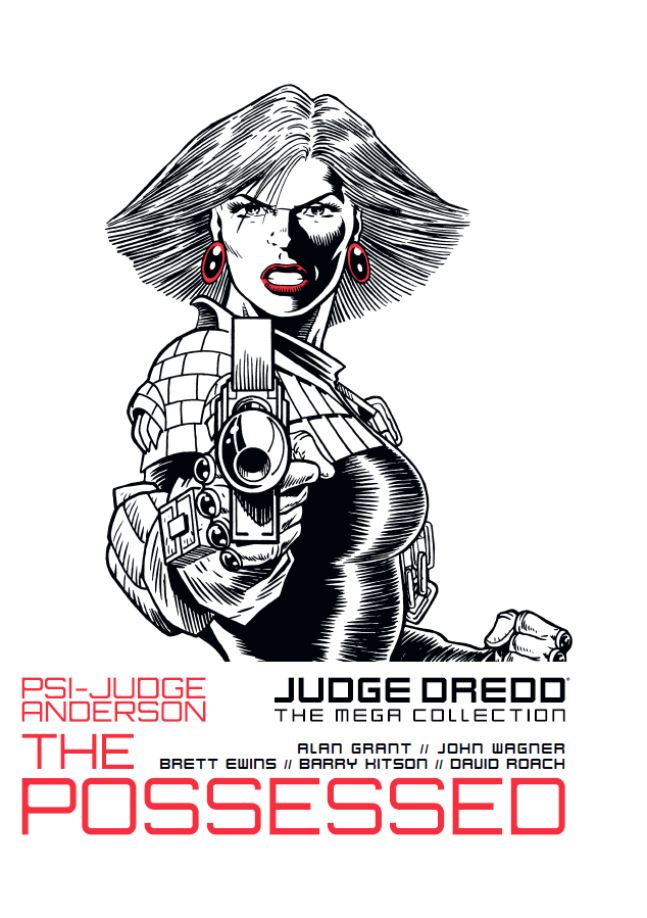 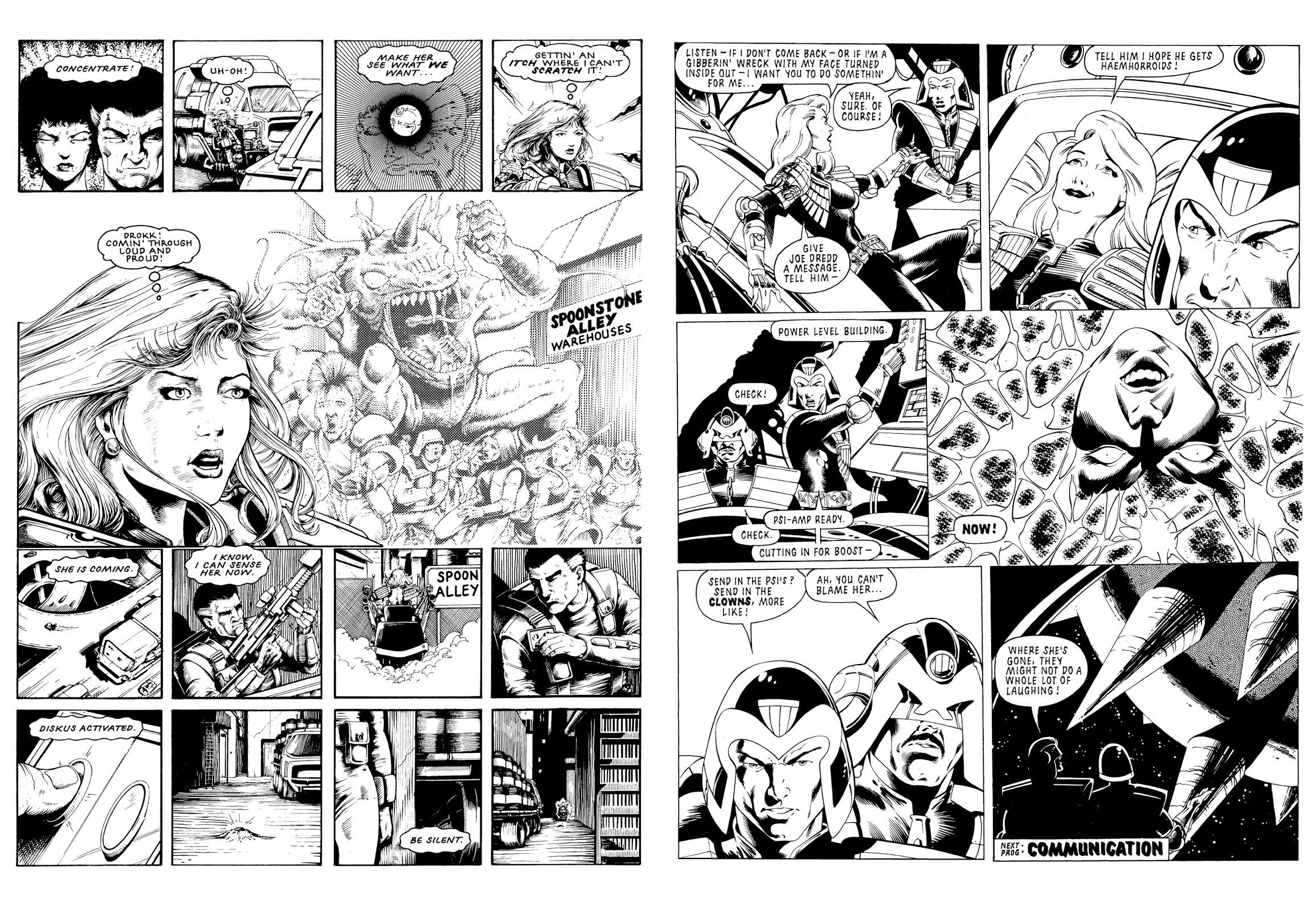 Psi Judge Anderson’s first solo outing was an early Judge Death story, and is included in The Judge Death Lives! hardcover volume, so this selection picks up with her second solo story, ‘The Possessed’ from 1986.

It’s slightly better than Anderson’s first solo material, and artist Brett Ewins moves away from Brian Bolland influences to supply fine demonic trappings in the story of a young boy possessed by a demon due to the dabblings of would-be occultists. Once that’s established Anderson is first lured to the gloomy underworld of the old cities on top of which Mega-City One has been built, and from there to demon Gargarax’s homeworld. “Sounds like some kind of mouthwash”, Anderson says on first hearing the demon’s name, but he proves a formidable challenge allowing Ewins room to indulge in some creepy design work. Writers Alan Grant and John Wagner include a few surprises, and prioritise the mood, but eventually drag things on a chapter or two too long.

‘Hour of the Wolf’ is the first Anderson story to really prioritise her psychic abilities, as she comes under attack from unknown assassins, also with psychic powers. It begins the process of transferring a Class A enemy from Dredd to Anderson, and conceals them effectively. There’s some really impressive art from Barry Kitson on his first long assignment (sample art left), although it took its toll as far as deadlines were concerned as Will Simpson obviously had to finish matters in a hurry. What prevents it being a great step up is Anderson being out of action for much of the story, and an ending that’s not a resolution.

Mark Farmer both pencilling and inking (sample right) is rarely seen, but he’s imaginative on an equally imaginative story in which Grant, now writing solo, explores levels of trust and suspicion between Judges and an alien race. Also short is the two-part Mick Austin illustrated story in which a meditating monk strays too far into unknown territory. There’s a surprising return for an old enemy.

‘Helios’ has the stunning art of David Roach going for it, and introduces Anderson’s friend Judge Corey, who’ll impact on the continuity of following material. After the previous two stories a crime plot may seem less expansive, but Grant keeps the mystery going and the deeds dark all the way to a very good surprise revelation at the end. It’s still shackled to Mega-City One, but the first fully formed and satisfying Anderson solo story, promising better to come.

Most of these stories are also found spread over the 1980s Titan reprints Judge Anderson Book 2, Book 3 and Book 4. The first two are also found in the clumsily titled Judge Anderson: Anderson, Psi Division, which has the same content as Judge Anderson: Death’s Dark Dimension, and along with several subsequent Anderson tales in Rebellion’s definitive chronological presentation of Anderson material in the first Psi Files. 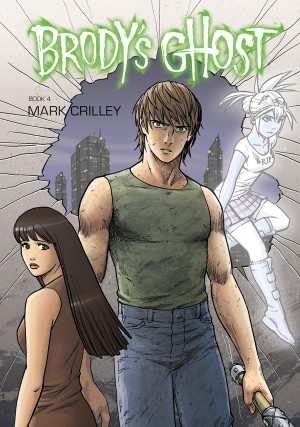