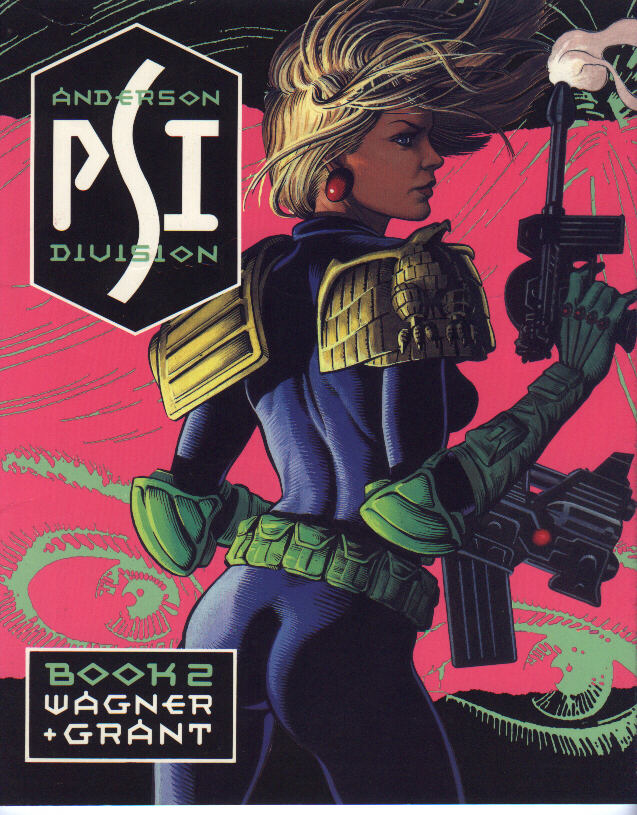 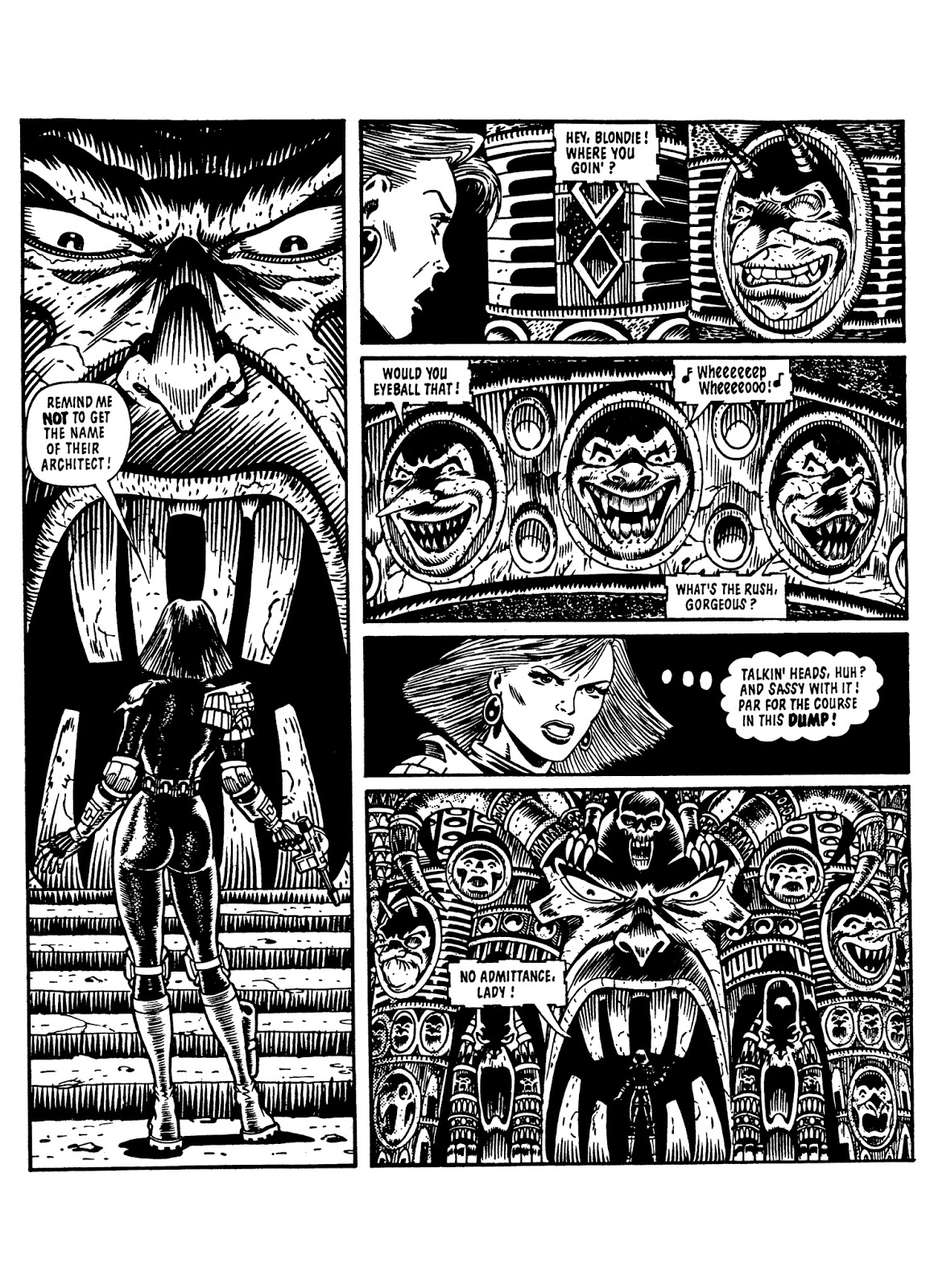 Judge Anderson’s first solo outing was compromised by playing a familiar theme. Her major co-starring roles in Judge Dredd strips involved the Dark Judges, so writers Alan Grant and John Wagner had them turn up again in Book 1. ‘The Possessed’ is a different type of story, putting a Mega-City twist on The Exorcist.

Over the first few episodes this also follows the standard action thriller pattern, with Anderson confronting a young boy possessed by a demon. Brett Ewins supplies an exceptional twisted grotesque resulting from the possession by something called Gargarax, but the story only really leaps into life when the possessed citizen escapes into the ruins of the old cities on top of which Mega-City One has been built. This gloomy underworld conceals plenty of dark locations where those inclined can indulge in occult activities, and other dangers besides, so not a safe area even for an armed Judge.

Wagner and Grant have a talent for conceiving expressions that if analysed are meaningless, but in the heat of the action sound great. “Okay you muncheads! Stow the akbarr snackbar routine. You’re all under arrest”, bellows Anderson. What does it mean? Who knows? Accompanied by Ewins’ illustration of Anderson, gun drawn, though, it more than serves its purpose.

The thrills are escalated further when Anderson is transported to Gargarax’s world. Ewins supplies creepy distractions to accompany the action, culminating in a spectacular design for a spooky temple, and there’s a genuinely surprising moment shortly afterwards. The final escape scene drags on a little too long as Anderson face standard demonic threats, but the story as a whole distances her a little from what came before. Book 3 heads further along that path with ‘Hour of the Wolf’

‘The Possessed’ has subsequently appeared in several compilations, found in the first volume of Judge Anderson: The Psi Files, but also in Judge Anderson: Anderson Psi Division, The Collected Judge Anderson and Judge Anderson: Death’s Dark Dimension. It’s also the title story of a hardcover volume in the Judge Dredd Mega-Collection. However, as with the early Titan Judge Dredd collections, there’s a case to be made for these Titan editions being the most desirable reprints. The art is crisply reproduced on good white paper stock, and they come with covers by Garry Leach (1-3) and John Bolton (4-5).