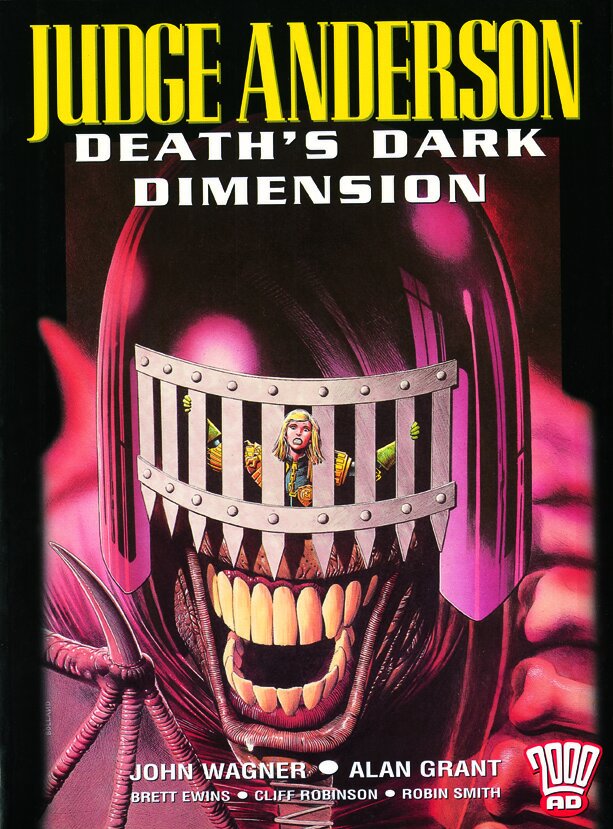 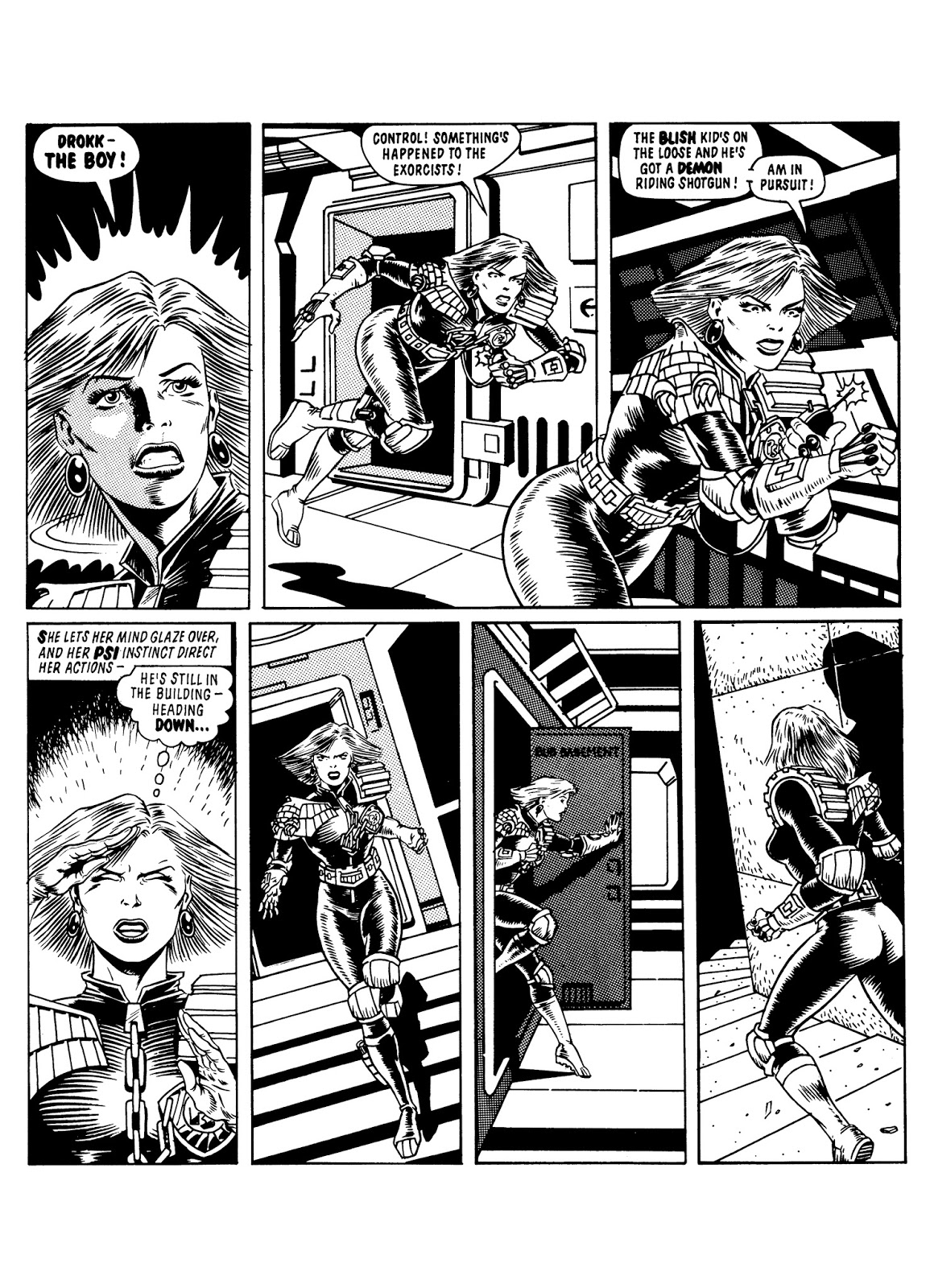 Titan Books were the first to present graphic novels of 2000AD material, and their 1980s editions still stand up well on clear white paper with crisp reproduction. When the 2000AD rights reverted to Titan, they issued bulkier collections of previously released classics. Death’s Dark Dimension combines the 1980s Judge Anderson Book 1 with Book 2, featuring the first two solo outings for Judge Anderson, tentatively removing her from Judge Dredd’s shadow, although he shows up a couple of times.

‘The Four Dark Judges’ is the opening outing, and while it has moments, it’s held back by too closely resembling earlier material for both Anderson and the Dark Judges. She’d first appeared in the same story introducing Judge Death, and again in the sequel, and John Wagner and Alan Grant’s third Dark Judges outing suffers in comparison. “Drokk! What have I done” exclaims Anderson on realising that she’s been tricked into freeing the Dark Judges, who once again start rampaging through Mega City One, although without any great purpose other than killing this time. The art of Brett Ewins, then Cliff Robinson is further reminder of earlier, better outings as both are greatly influenced by Brian Bolland. That can’t be said of Robin Smith’s solo chapter, and Ewins eventually finds his own style, but the arc of fall and redemption doesn’t stand the test of time.

All parties are better on ‘The Possessed’, featuring no Dark Judges. Ewins supplies some great demonic trappings in the story of a young boy possessed by a demon due to the dabblings of would-be occultists. Once that’s established Anderson is first lured to the gloomy underworld of the old cities on top of which Mega-City One has been built, and from there to demon Gargarax’s homeworld. “Sounds like some kind of mouthwash”, Anderson says on first hearing the demon’s name, but he proves a formidable challenge allowing Ewins to indulge in some creepy design work. Grant and Wagner include a few surprises, and prioritise the mood, but eventually drag the story on a chapter or two too long.

In addition to Titan’s original printings, these stories have appeared in several other editions. They’re combined with Anderson’s next outing ‘The Hour of the Wolf’ in the clumsily titled Judge Anderson: Anderson, Psi Division, and along with several subsequent Anderson tales in Rebellion’s definitive chronological presentation of Anderson material in the first Psi Files. According to 2000AD’s own Barney site there’s also a 1995 Titan edition The Collected Judge Anderson with exactly the same content as this volume, and ‘The Possessed’ appears in a hardcover volume as part of the Judge Dredd Mega-Collection. 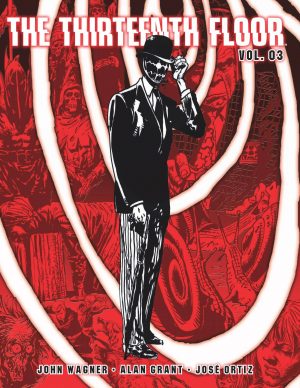