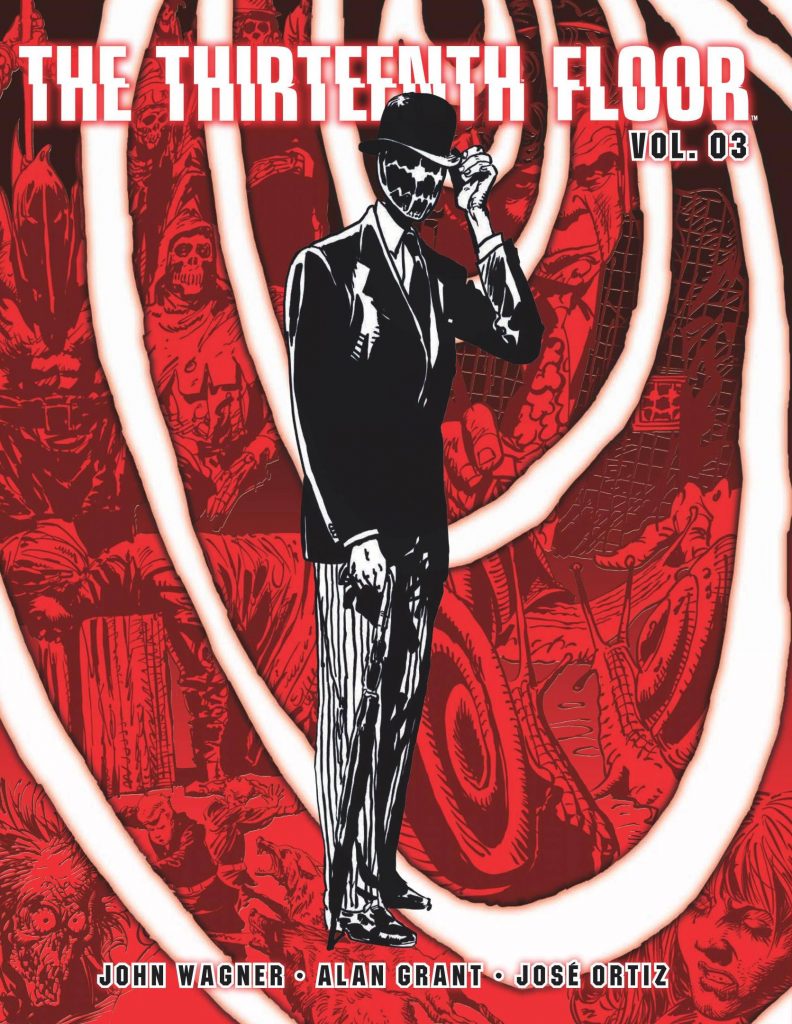 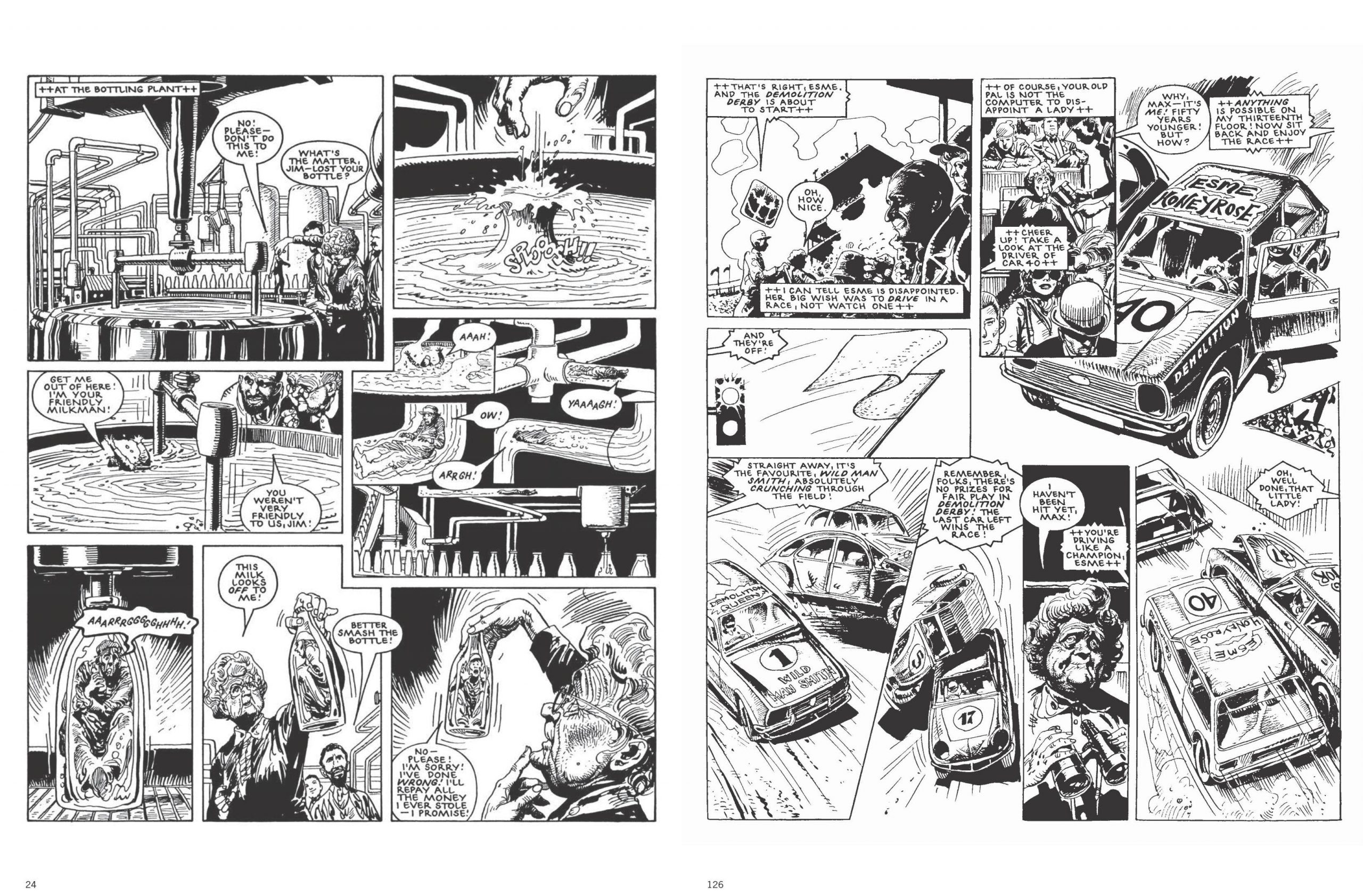 Max is the computer managing 1980s apartment block Maxwell Towers, and years ahead of his time when it comes to artificial intelligence. A dip in quality occurred when the writing team of Alan Grant and John Wagner chose to move Max away from the tower block, but by the final third of Vol. 02 he was back in place and the fun returned. It leaves this closing volume the best of the series. Grant and Wagner’s sly sense of humour plays out amusingly as they funnel 1980s culture through their own unique gestalt perspective.

As ever, Max is very caring when it comes to his tenants, and those who do wrong by them are likely to end up on the thirteenth floor where all kinds of nasty things can happen to them thanks to Max’s virtual reality generator. The movie Karate Kid is satirised over the opening few chapters as Max imparts the wisdom and skills of Max-Fu to a young tenant who’s being bullied, and a shoddy milkman is taught a lesson. Another long journey away from Maxwell Towers features, but it’s a considerable improvement on Vol. 02’s departure because it still features a Thirteenth Floor (or equivalent) even if that’s not immediately obvious.

José Ortiz obviously enjoys drawing Max’s escapades, and there’s real life to the human cast, each of them a distinct individual with different features rather than just all worked from the same facial template. After Mini-Max seen in the last collection, Ortiz designs a neat, more British human figure for Max (seen on the cover), along with a Soviet counterpart, and he’s a real workhorse, packing the detail into multiple panels over just two and a half pages per episode. Ortiz draws all but one outing, that the work of John Stokes, who matches the tone of the strip.

In an introductory interview Dave Hunt, editor of the comics where the strips originally appeared, reveals the only editing he ever needed to do on The Thirteenth Floor was to tone the violence down on occasion, bearing the age of the intended audience in mind. Nonetheless, several dark scenes feature, Max pulling pranks on his well-portrayed tenants somhow more disturbing than a biker gang given their just desserts. The writers construct unsetttlingly amusing scenarios such as a businessman being chased by snails, a building site thief being forced to work on the construction of the pyramids, and a wheelchair-bound old woman driving in a demolition derby. That last one’s her choice, by the way.

Hunt also notes that Grant and Wagner know when a strip’s reached a natural conclusion, so this is the final selection of Thirteenth Floor reprints, and it’s the best. It’s pitched just right for a pre-teen/young teen audience, funny, well drawn and consistently creative. In the light of the Grenfell Tower tragedy the final regular story might seem insensitive, but it was created decades beforehand.