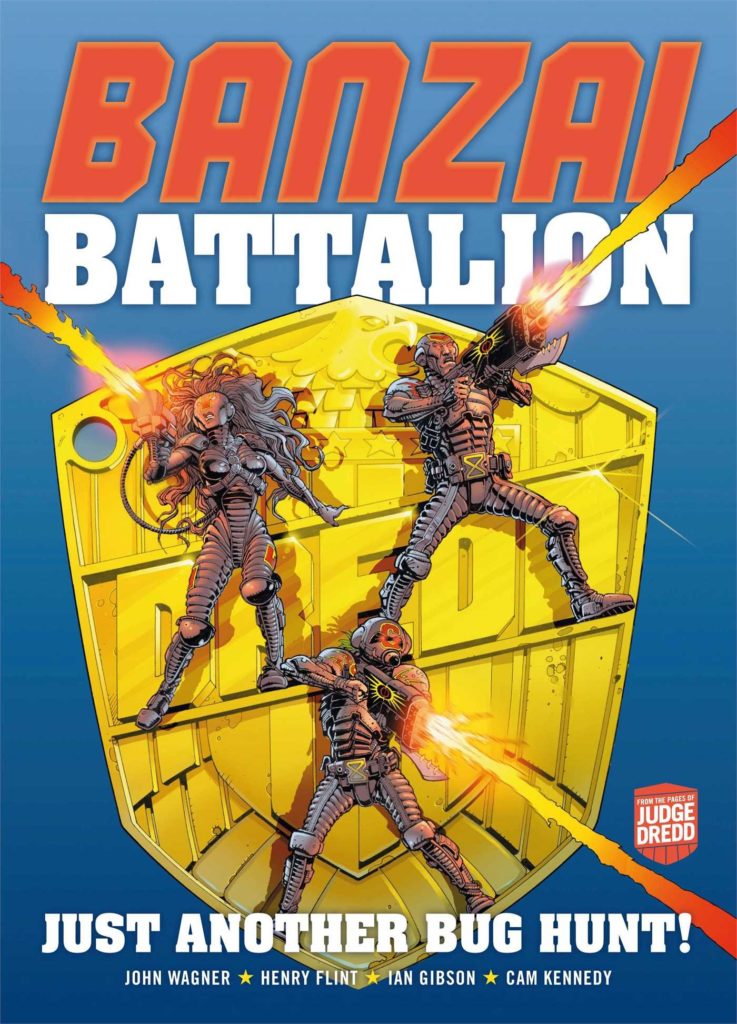 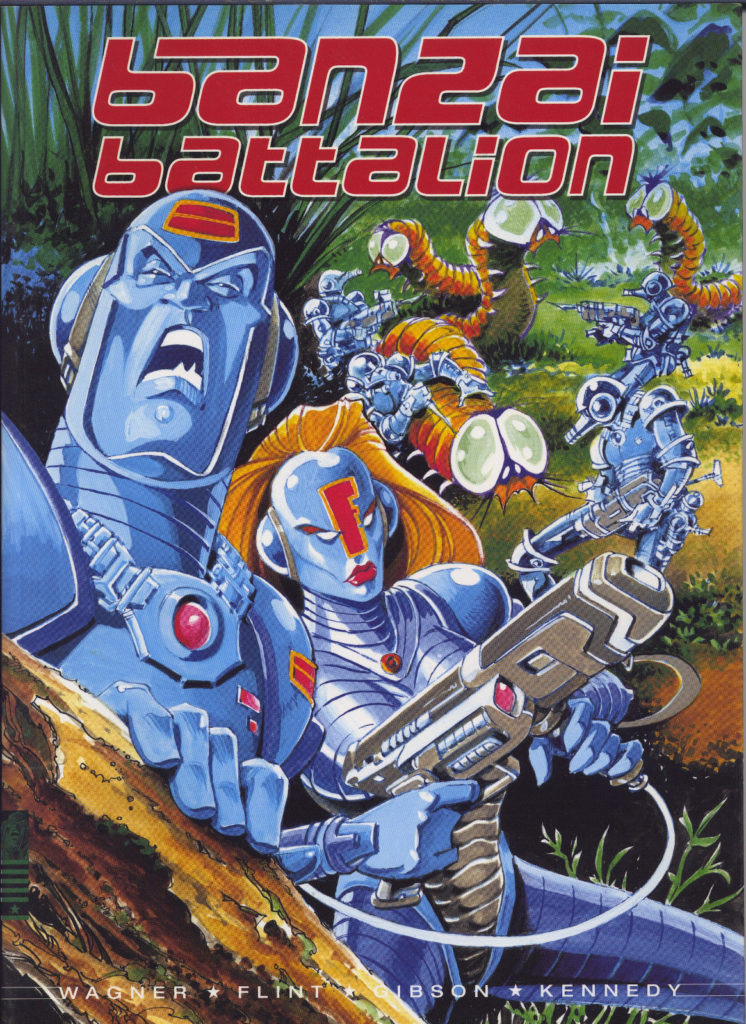 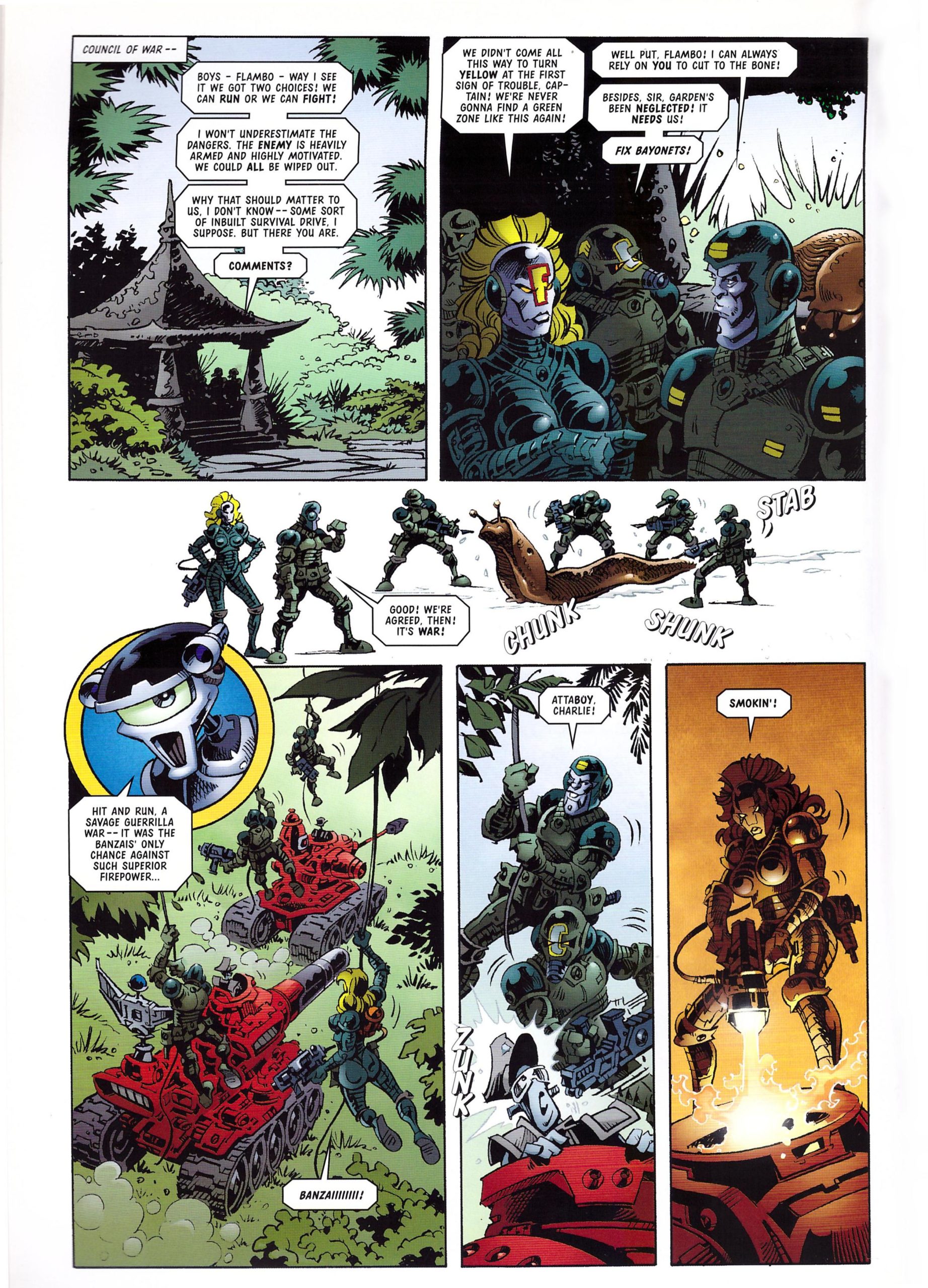 John Wagner’s incredibly fertile mind has developed so many wonderful ideas for Judge Dredd’s world, creations that would sustain careers for others have all-but been forgotten. Take Banzai Battalion…

As seen in the opening pages, they’re a bunch of battling robots fighting in a world of giant insects, Wagner giving them the full clipped military dialogue, every situation more desperate than the last, and Captain Bug Stomper a battle-hardened brute who really cares for his tormented troops. Wagner only maintains the joke for four pages before revealing that in Mega-City One technology has devised miniature intelligent robots intended to take out insect pests across rooftop gardens. When the old couple whose garden they maintain are threatened by thugs, the Banzai Battalion discover a new purpose. They hit a chord back in 1999, at least with Wagner who returned them in two solo stories in 2001 and 2002.

There’s a charm to the way Wagner writes the Banzai Battalion in the first story, but early in his career Henry Flint doesn’t capture the sense of scale needed, his layouts emphasise the wrong aspects, and his colouring is strangely bright. The first solo story pretty well replays the earlier appearance, with thugs unprepared for tiny trouble, and Dredd again guest starring. This time Cam Kennedy’s more polished art sells it better, but it’s only a marginal step up.

It’s the third story that’s the gem. Wagner rings in the changes, starting by having the droids engaged as miniature operatives for the Justice Department, and both with Dredd and Robo-Hunter, Ian Gibson’s had plenty of experience drawing eccentric robots, and relishes the chance to return to them. There’s a mission that plays to the Banzai Battalion’s strengths, it’s hilarious, and it raises the collection from so-so to worthwhile. Wagner keeps the jokes and funny situations coming, introducing some viable new characters, ties the story in with an old Dredd piece (although it’s not necessary to know that), and Gibson gives the Battalion first rate visual characterisation. It’s a gem well worth discovering.

In 2005 Wagner delivered a further Banzai Battalion story, which is obviously not in the 2003 collection encompassing the Banzai Battalion stories to that stage. This time the Battalion have to cope with their upgraded successors, the Pest Patrol, and Captain Stomper going crazy. Steve Roberts draws a great savage dog, but this is a lame story.

The 2014 collection also features a couple of stories in which Judge Dredd takes on robots. The Kennedy drawn ‘Something Abnormal About Norman’ is Wagner collaborating with Alan Grant, and the opening scene demonstrates their dark humour, but the story fades from there. A longer piece about Dredd lost in cyberspace is very nicely drawn by Gibson and features a clever scheme, but never catches fire and the ending is unspired.

Later material dilutes the overall quality of Just Another Bug Hunt, and while Gibson’s art is always welcome, the original collection is stronger. 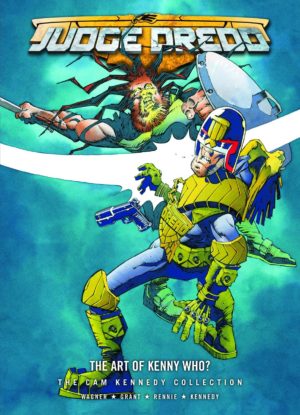 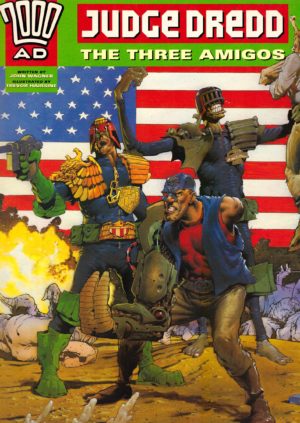